Stunning Truth about the Assassination of JFK

The 1963 assassination of President Kennedy

Almost from the beginning, it was thought by many that the assassination of the popular young president was the result of a conspiracy, rather than an act by one individual, despite findings to the contrary by the Warren Commission (1964), which was set up to investigate the 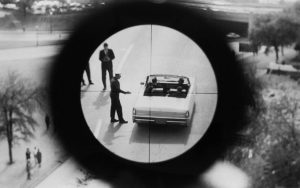 assassination and overseen by Kennedy ‘s successor, President Lyndon B. Johnson. The incident remained the subject of widespread speculation.

The Assassination Records Collection Act requires the National Archives to release all related documents within 25 years. As the deadline approached on 26 October 2017 for the release of the remaining unreleased documents, US President Donald Trump exuberantly anticipated the disclosure. At the eleventh hour, however, the White House was inundated with requests from the CIA and FBI to redact several hundred documents in the interests of national security.

All possible steps to disclose previously secret information were taken in the belief that lifting the veil of government secrecy on the assassination would help to make it public. However, decades after the event and the investigations, speculation and conspiracy theories persist.

As conspiracy theorists and investigators know, the Vatican had great influence on Kennedy’s assassination from behind the scenes, as renowned Jesuit researchers have learned. Author Loftus, in his 1994 book: The Secret War on the Jews; claims that Kennedy wanted to arm Israel. 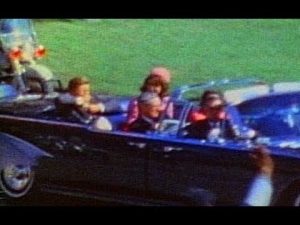 “In September 1962, Kennedy decided to provide Israel with defensive surface-to-air missiles capable of stopping aircraft, but not the Egyptian offensive missiles. It was the first arms sale by the US government to Israel…. Kennedy promised the Israelis that as soon as the 1964 elections were over, he would break the CIA ‘into a thousand pieces to scatter in the wind’… With the assassination of Kennedy in November 1963, the Israelis lost the best friend they had in the White House since the departure of Truman.”

Because the attack on Israel had to be provoked. That attack was provoked by Jesuit International Intelligence through Egypt, which mistakenly saw the weakness of the Israeli army and the supposed abandonment of Israel by the American Empire. The Six-Day War, plotted by the Knight of Malta James Angleton, had one main objective: the conquest of Jerusalem, along with the Temple Mount. The apparent lack of military equipment of Israel provoked the planned attack by Egypt. Israel then launched a pre-emptive strike and within six days the holy city was in the hands of the Zionist leadership in Rome.

Most of the Jesuit philosophy is based on doctrine, The end justifies the means, expressed as:

“It is a belief that the Pope has the right to depose heretics and rebel kings. Kings deposed in this way by the Pope are classified as notorious tyrants, and may be killed by the first person who can trap them.

“If the public cause cannot be defended by the death of a tyrant, it is lawful for the first who gets the chance to kill him.

In other words, “It is acceptable to kill an oppressor.” 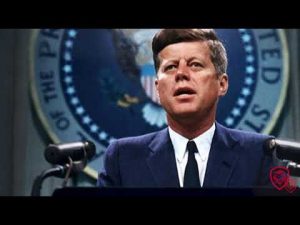 President Kennedy was assassinated. Therefore, the conclusion was obvious, that the CIA, with its agent, E. Howard Hunt, had killed the President. In the words of the jury’s spokeswoman, Leslie Armstrong, who was in Plausible Rejection, it is noted:

“Mr. Lane asked us to do something very difficult. He asked us to believe that John Kennedy had been killed by our own government. When we examined the evidence (for 65 minutes) we were forced to conclude that the CIA had indeed killed President Kennedy.” Hunt had been part of it, and that evidence, so carefully presented and examined by the relevant institutions of the United States Government, so that those responsible for the assassination could be brought to justice.

It is known that several Knights of Malta were involved in the assassination of Kennedy. In particular, they worked for the FBI. But the most notable Knight involved was Senator Edward Kennedy, who by his silence agreed to the murder of his brother.

Perhaps this incident drove the eternal Senator from Massachusetts to his destructive alcoholic life?

Finally, it was also known that the Mafia was involved in Kennedy’s murder. The Mafia, the CIA, the FBI and Naval Intelligence had been working together since the Second World War. Jack Ruby was a mafioso, and author David E. Scheim makes it very clear in his book Contract on America that the mafia had at least two motives for killing Kennedy: namely, the Kennedy brothers’ attack on organised crime and the loss of their mafia gambling paradise in Cuba.

But these were not the reasons for participating. The Mafia Dons were promised that they would make more money than the casinos in Havana could ever make; and that was. through the explosion of the international drug trade made possible by the war in Vietnam and later in Afghanistan. If they helped take out Kennedy, Johnson would escalate the Vietnam War, facilitating the drug trade. The CIA would bring in the drugs from the Golden Triangle, distribute them to the Mafia families, and all would benefit.

More importantly, the Mafia Organisation had a favour to repay. Because, Cardinal Spellman, through FDR, had arranged the release of “Lucky” Luciano, as described in “Operation Underworld“. Now the Mafia needed a favour from the Cardinal. If Spellman refused, he could use the entire intelligence service, which they had helped to organise, to eliminate every Mafia boss. If he agreed, new gambling centres would open, notably in Atlantic City.

Clearly, if President Kennedy was removed, everyone would gain more power and wealth. The intelligence community would become more secure, and the Cardinal even more respected by his peers in Rome.

The rest is well-known history.