Our mother Earth is the most beautiful planet in the Universe

Originally, Planet Earth was created to be the most beautiful planet in the Universe, highly diverse and natural; as were the creatures that lived there, creating the opportunity time and time again to maintain the planet as Mother Nature intended.

However, the history of our planet is known in the Universe, for everyone in the Universe knows exactly what we on Earth have been through throughout history. Despite all the suffering, under many problems caused by duality, every time there was an attempt to find peace and harmony from the heart.

Unfortunately, today only a few of us still enjoy the beauty of the earth. With the result, many do not appreciate it‘s beauty as it is meant. Every other planet in the universe where people live is beautiful, within their own vision. But a beauty proportional to that of planet Earth is extremely rare in the whole universe. 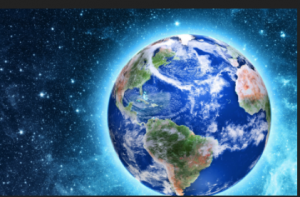 It is as if Father/Mother God left an open door, for when you felt removed from Source, you could easily find the entrance again, as a medium through the environmental structure of the planet. But that has been taken away from us. When we showed no respect, no love, and no value to everything we have on our planet. We learned to explore the planet without respect, compassion, or to think about the future, and possible consequences, because we thought we were the owners of the planet. Thinking that we could do whatever we wanted. But everything in the universe must stay in balance.

And those who resonate with that energy can absorb it, those who don’t just ignore it. But, everything has a reaction. 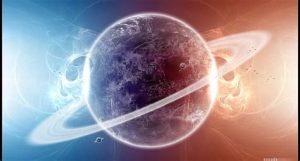 From the position in which we circle planet Earth, we can clearly see what people have done to the planet. We understand that you have been taught this, which has led you to the cabal’s great goal of destroying planet Earth.

It is to be the complete extermination, without a single bomb, because you will do it yourself; you will destroy the planet until the last bit of salvation is gone.

Fortunately, this process was stopped. And Gaia, is reorienting herself, she has started to transform all the negative energy, into love and light. And with all this energy, she is repairing every part of her earthly body for ascension. The spirit of Gaia, as well as the spirit of Earth, is already in the 5th Dimension.

But now, the physical part of the planet is still missing. For the transformation of the planet is neither simple nor easy. It is necessary that all the evil that has been done be corrected, transformed, transmuted into positive energy, so that every particle of the planet may ascend to the 5th Dimension.

Why am I saying all this? We in the universe have the ability to live in the here and now, but also to navigate through timelines, both forward and backward. We know exactly what the consequences will be. There is no way to stop the process that started a long time ago.

But you can, however, reduce the damage, by radiating your love and Light for Gaia, and respecting the planet. Each of you does his part. As each small part resonates and reverberates in the Whole.

You can try to guide him, but the choice is his, every choice produces a result. So, be aware of every action you take against the planet. Start with your own initiative, for when Light radiates, and does loving good deeds, in favour of Gaia, she knows that there is an ally, that there is someone who vibrates positively with her, and that is good for both you and her.

So each one of you do your bit for the planet, only then can the suffering and damage be mitigated from what is to come. Understand well, Gaia does not cause anything. What is happening on your planet today, such as climate change, severe weather changes and natural disasters, is caused by everything you have done together through time. Nothing else is. Nobody else is causing it.

By way of explanation, Dr Richard Day the Rockefeller insider and 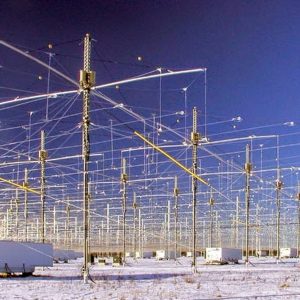 ‘weather’ manipulator during WW2, said in 1969: “the weather will be modified and used as a weapon of war to create drought and famine by ‘producing’ record breaking snowfalls in the mountains and prolonged heavy rainfall elsewhere to cause flooding via rivers and canals, which is easily accomplished with the already available technology” of the Archon bloodlines – such as HAARP, in Alaska, which shoots high-power radio waves into the upper layers of the ionosphere and comes back down to earth, a technology further explained in earlier articles on FWC.

The claim that the Darks have forced the cabal to do any act or thing is a childish excuse to avoid responsibility. To walk the path of the common good has always required utmost effort and dedication.

The Benevolent Extraterrestrials rightly state, “You will reap what you sow.” So unite in one thought, in helping Gaia. Now make the concentrated thought and wish to save the planet, it does not help Gaia if you try to withdraw from this. The Love for the planet, has to be unconditional, so show at least a little forgiveness on your journey upwards for what you have done wrong in the past.

There is not a being on this planet that has not done something against the planet. So, those who continue to fight for the planet, do not think that you are superior over others. You were not born here on Earth, you have been around for a very long time. Many may think, that this is not the case.

“But how do you know all this, if you don’t live here?” Remember, we have been circling your planet for a while, so we know the whole history. We know how you got there and so we can follow you step by step to see what happens.

Unite in one heart for the planet. I assure you that by doing so, you will accelerate even your journey to the 5th Dimension. So, each of you do your part, you have little time left. Do not think that a small gesture is useless, for it is not. A small gesture is a lot for planet Earth, for it resonates and reverberates in the global consciousness, which then begins to do the same.

“Each one contributes according to his own ability.” It is a saying of Jesus Christ.

He meant; it is given to each according to his own choice, or merit to contribute. This puts an end to any attempt to absolve oneself of poor individual choices. 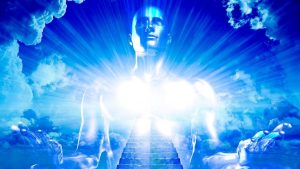 There will be no judge to judge you. There will only be a meeting of you with yourself. Your consciousness will be the password that opens the Portal of the Fifth Dimension.

We are circling around the Earth and keeping an eye on everything. We want to and will help you in any way we can. Which is determined by your free will. We cannot just heal the whole planet now, the lessons will not be learned, but we can help you. For that to happen, you have to take the first step yourself, otherwise you will not get any help, you will have to do everything yourself.

So unite in one heart, one mind in one way, to save the planet. It does not take much, it is small actions and it takes only a few minutes of your time to radiate the Light, you radiate it below the surface of the earth, for that is where the roots, the shoots, and the trees are born.

Illuminate Gaia’s substratum, so that everything that has been eliminated, extinguished under the surface, is created a new, help with that, bring the whole planet into harmony and balance.

Put roots, etheric seeds, into the soil of Gaia and see how the roots sprout. Do this work and you will not only help the planet, but you will bring much gentler nature events to the whole of humanity, to bear together all the difficulties that are yet to come. 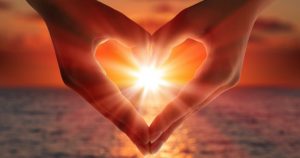 Something Huge is coming

Either you are victim or victor.

Must watch this video, which is the connection between this article and next.

5th Dimension, Benevolent Extraterrestrials, destruction of the planet, Earth is the most beautiful planet, HAARP, Light for Gaia