Planetary Shift from 3D to 5D

The Anunnaki lowered the Earth’s frequency and its polarisation from positive to negative, intended for war and destruction. The more people killed, the better the rest can be controlled and manipulated. Debt-based money puts people in debt and makes them debt slaves. Conspiracy theorists are classified as negative doomsayers, whereas the opposite is 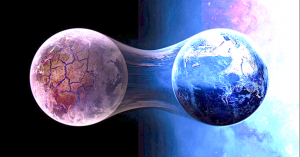 true, they are the real truth seekers.

Humanity has been so deeply brainwashed, so deep that positive has become negative. The sheeple live in a world of illusion, where democracy is promoted as freedom, when in reality it is dictatorship, where 51% rules over the other 49%. The reason why anarchy was been changed to rebellion, when in fact it means self-governing!

The sooner humanity wakes up to the lies and deceit, the better it is for all of us. Do not be fearful; let it be a challenge for you to help us reach our maximum potential. Our world is filled with an enormous amount of filth, lies, deceit, disinformation, distortion, fake news, half-truths, fraud, false images, deceptive mirages, propaganda and brainwashing.

In the final phase of the existing 3D cycle on Earth, those who have awakened have the task to inform the human race about the criminal actions of the Deep State Cabal. By showing their crimes against humanity, which are becoming more apparent by the day.

They are crimes against humanity, committed by the upper Cabal Empire in the Inter Galactic Community. They operate behind the scenes on Earth and ignore the laws of nature. Humanity must understand that the cabal has repeatedly broken these laws, and that it has serious consequences.

What people should really be afraid of is not the fear of dying from a non-existent Covid -19 virus, but the terror of those who dictate, control and upset the world through governments, scaring everyone into submission, to complete their goal; the application of total tyrannical power in the once free World.

Unnecessary victims are those who queue up for a vaccination despite the many warnings from reliable sources about the dangers and the true intentions. They have been made mentally ill in a sense, through brainwashing by the MSM. No new beginning can be made with these foolish beings. The bribed puppets in governments are now clearly facing the consequences of these pathological mentally confusing lies.

Indeed, no new world can be built up with these zombies. The stupidity and obtuseness in governments makes a kind of balance with them. If it were not so sad, one could laugh itself to death at the proclaimed idiocies. We are waiting for the awakening and uprise of the masses with or without brain damage from Covid injections. Who possibly will wake up first when their own children die from the poisonous shots, or when there is nothing left to eat. Anyway, the whopping end is coming! 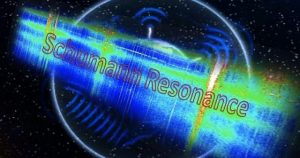 The planetary transition from 3D to 5D requires an increase of the earth’s frequency, but the notorious sleepers will not be able to adapt to this higher frequency. Essentially, nothing and no one can stop a Planetary Transition, because it is part of the universal evolution of Worlds.

The energy adjustments, mainly for the physical body, must be made as the carbon-based body transits into the crystalline body for which the Earth frequency is rising. Many souls have already made a plan for the incarnation by now. Others have chosen not to go through this process, so that they dis-incarnate before the transition from 3D to 5D is affected.

Only a third of the existing populace has chosen for transformation by leaving their material life and now feel symptoms of the energetic frequency shift, a shift not only for humans, but also of everything else on our Planet.

It does not make you sick. They are, in fact, symptoms that are closely related to the adjustment to the higher frequency that everyone who is truly awake is experiencing. And that is what is happening now.

Our returning guest author Vital Frosi gives his detailed view on this;

THE GREATEST TRAGEDY: NOT SAVING YOUR OWN SOUL

The evolution of worlds is a natural process. Everything is in accordance with the Creator’s plan. Absolutely nothing escapes Him, not even the smallest details. He would never leave mankind, who inhabits each of these worlds, helpless.

In the particular case of our World, Planet Earth, not only had there always been a School of Trials and Penances, but there was also the aggravating factor of the Archon invasion some 460 thousand years ago. That made this school even more difficult, but not less interesting. It did increase the difficulty, but this will make the souls on Earth even stronger and will be recognised throughout the Universe as the great Victors. 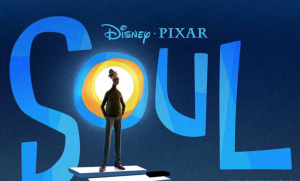 The dark entities have stayed here for so many millennia because the Divine Plan allowed it. During this period, many succumbed entities have returned to the Father’s house.

Through the loving human feeling, which is naturally present in every human being belonging to the earthly human race, these dark entities were struck at their core, thus activating the key to return. However, it is certain that most of these individuals did not make use of this possibility.

The permission to remain on Earth is over for those satanic species. The planetary transition here requires a change of frequency, and the darks cannot exist at that higher vibrational level. Nothing and no one can stop a Planetary Transition, as it is part of the evolution of Worlds.

Earthly humanity could learn the duality without the presence of these negative races. It would have been much easier and simpler. But with the invasion of the Archons, the difficulty increased enormously, because they took over Planet Earth and enslaved the indigenous population. We humans have remained their hostages all these millennia. We fought for survival while they exploited us through fear and slave labour. 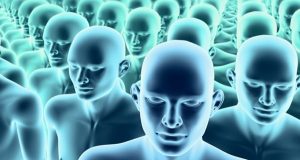 As holders of opposite technologies, they controlled everything that could have been of use to the human soul. They created dependencies that did not exist before. Through fear, hunger and control, they achieved total obedience. They modified human genetics to create hybrids that could help them and represent them in the leading classes of society’s powers.

Knowing that their time is fast running out, they intend to leave behind a literal wasteland. To do the greatest possible damage to the Planet and to humanity. Remember, too, that they enjoy human suffering. Devoid of emotion, their only pleasurable sensation is the display of their unlimited power.

In all known tragedies there was always the participation of the Cabal, the organisation of the supreme command among the incarnated. Such a command never changes hands, for it has always been owned by the reptilian hybrids created for the purpose. If one of them leaves the scene, a replacement is always available at the appropriate time and level. And so it has been for millennia.

The Earth’s climate was also changed by means of opposing technologies applied in the HARPP project. The applied mechanisms succeed in intensifying the low-atmospheric-pressure centres and also the high-pressure centres. With this change, the entire climate of the planet can be controlled. By changing the climate, an ideal scenario of food control and abundance is created. Through hunger and fear, this was the easiest way to control all of humanity.

Now they are desperately trying to control it more. They threaten humanity in every way. They believe that they can still reverse the situation of planetary transition. They wish to stay here. Although nothing can yet influence the fate of the Earth, tragedies are still part of the widespread narrative. They announce the possibility of horrors, bad news is the undisputed priority within the MSM-media that serves them best. Needless to say, each and every one of you can even confirm this from daily life.

In all media, 9 out of every 10 news items are tragedies. Real tragedies are caused by mechanisms controlled by the Cabal. But also catastrophic predictions are applied, which only serve to spread fear and worry. Remember that fear is the best way to keep a people under control.

It has been written many times that none of the predictions made before 2012 will ever come true. The timeline of the earth has been changed in 2010. This way the planetary transition will be as smooth as possible. Yes, there will still be natural phenomena, as usual, because the Earth must now readjust.

Because, the HAARP system has altered the entire natural Earth mechanism, it must now be deactivated. Gaia has to recalibrate its frequency. This will cause some more extreme events, but thereafter everything will be in perfect harmony, as it always should have been. This is the end of an era and the beginning of a new one!

Do not be afraid of tragedies, for they will indeed have an end! The greatest tragedy that can happen to a human being is without doubt a very personal one: the loss of your own soul.

This will indeed be fatal, since we are in our last incarnation within duality. There are now only two paths open: either you go to the New Earth, or your fate is exile.

Keep your vibration as high as possible. It is your frequency that will determine which of these two paths your soul will follow. Nobody can change your fate, except yourself. 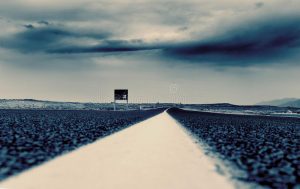 Your own choice is decisive. This year 2022 is the dividing line, which acts as a fork in the road. It is you who decides which direction you choose. No one can do it for you! Forget the tragedies that were played out over mankind. Each one will go through what he has to go through. Each one will be where he has to be. But remember that the greatest tragedy is not to save your own soul.