Within a year’s time most hospital procedures are obsolete

Anyone who is not on the specific Earth-frequency for awakening and healing, meaning open to incoming ascension energies; the inward waves of harmonic resonances leading to unity consciousness, will either have to transform or fail. This consist of your body and soul, and is

not fantasy, it is measurable, real science and fact, called Schumann resonances that are global electromagnetic resonances, generated and incited by energies in our universe and noticeable during lightning.

The older we get; the more errors occur in the coding of DNA. As a result, the overall condition of our bodies decreases over time. We grow old, we get wrinkles, we get sick and eventually die.

Some do feel this as vibrations, others cannot. Every matter has its own frequency; just tap the table or the window and you will hear the difference in sound, which is each own 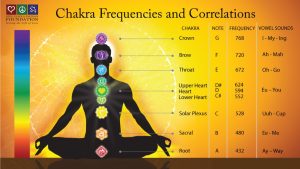 frequency. In the same way, atoms and molecules and cells have their own frequency. If those frequencies correspond to the frequency of cells or molecules in the body, a resonance is generated. This is called bio-resonance. Living matter reacts to any frequency that matches and consequently can be received.

At each cell division, errors occur in copying DNA, and even after repair by the cell’s own DNA repair mechanism, some of the errors remain. As a result, of DNA changes over time cells can no longer perform their original function.

This, among other things, is called auto-immune reaction that increases, together with an ever-worsening presence of pathogenic micro-organisms. A protective mechanism against further mutation is existent, causing the irreparably damaged cells to be put into a silent mode, called senescence, aging of organism, a sort of hibernation, stopping further cell divisions. 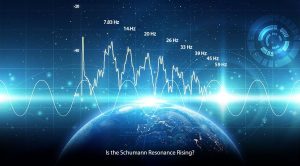 Frequency therapy applies a multitude of different frequencies simultaneously. It is a homeopathic harmless treatment, comparable to rewriting a hard disc in a computer, but in this case the rewriting of the immune system and DNA structure who are reprogrammed completely eliminating autoimmune diseases that among other roots are caused by mRNA injection. More information regarding treatment is available via email.

Within a year’s time most hospital procedures are obsolete

President Donald Trump said on June 14, 2020 to the nation, “within a year’s time or so almost all hospital procedures will be obsolete.” Every city will have many medical beds and Tesla chambers capable of healing and repairing DNA along with curing all ailments. Like; Age regression, up to 30 years. No more Cancer, Autism, Alzheimer, Fibromyalgia (fi·bro·my·al·gi·a) a condition that causes joint pain all over the body, sleep problems, fatigue, and often emotional and mental distress, and many other deficiencies.

Proof is in the signed executive orders. Med beds have the ability to regrow organs that are missing, such as a gall bladder, kidney or lymph nodes etc. Through the use of light spectrums and frequencies.

The Holographic Medical Pods or Med Beds are automated Stations where a medical expert Healer selects the type of procedure to be done from the computer database, the patient lies down in the Pod or Bed and the Machine performs the medical operation or procedure. Finally, lasers close the points of entry from where the procedure commenced. The Med Beds diagnose, treat and perform a wide range of surgical procedures with ultra fine-laser incisions that are guided by 3D anatomical scanning. The 3D scanning has refractory lenses that take live scans of the body in order to perform various medical procedures. 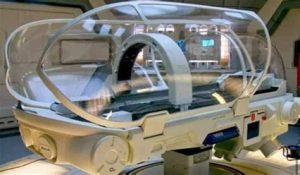 The technology of the Holographic Medical Pods is not from planet Earth. It is not a humanoid created technology. It is a technology that has been given to humanity by off-world extraterrestrials. A Med Bed is based on tachyon particle energy those are hypothetical faster-than-light particles and plasma energy. Plasma energy comes of the universe, balancing planets to keep them in their position, in order they do not collide with each other. In other words; the solar system is in balance with itself and with all the planets.

The Med Beds have controllable Artificial Intelligence (AI) so it cannot get out of control and run wild, actually a computer. It operates like a magnetic resonance imaging – MRI, that makes a magnetic oscillation and resonance scan of your body to diagnose disease.

Med Bed scans skin, muscle tissue, all organs and everything else in the body. It shows everything – all the way down to the micron level of the blood. It actually identifies your DNA and it does a complete internal analysis of the body. Doing so, it picks up any disease and any genetic imperfection. For example, stage 4 leukaemia on a Med Bed is cured in about 2.5 minutes, without any side effect.

If an organ has been removed; Med Bed’s re-atomisation process regenerates that organ as if it had been never removed. Due to the body’s original resonance, its vibrational frequency. The body always remembers when an organ has been removed or stopped functioning. Med Bed’s artificial intelligence links into the body’s vibrational frequency and DNA to regenerate the organ. It is simple like that. 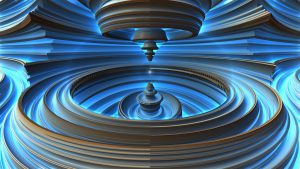 Again, Med Bed technology has been “suppressed” and “concealed” from the public for a long, long time. This technology is not available for purchase or services to the general public, until after the Deep State Cabal is rendered powerless.

Fortunately, because of the recent planetary shift from 3D to 5D, and increasing demand for transparency by the human collective consciousness; courageous people are coming forward to disclose what has been hidden for decades, even centuries, and most likely for thousands of years. 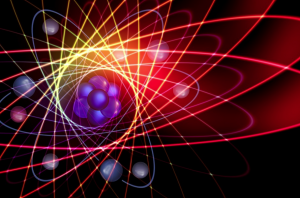 The global transition for decades, and has information about many topics the general public is not aware of, including but not limited to, off-world ET technology gifts to humanity like the Quantum Financial Monetary System, Anti-Gravity Propulsion, Replicators and Med Beds.

It’s not difficult to imagine that there are suppressed technologies today that are being purposely hidden from the common masses for the benefit of those who are at the top of the society; those who are “in charged” of the system to maintain their control on everything – natural resources, institutions, the military, political, and even the psychological aspect of every individual. What is difficult to accept, however, is the claims that these advance technologies are not from earth but was given or left by extra-terrestrial beings existing from other planets.

There exist three types of Med Beds: Holographic; Regenerative which regenerates tissue and body parts, and finally Re-Atomisation Med Bed that in about two- to three minutes regenerate the whole human body, head to toe. 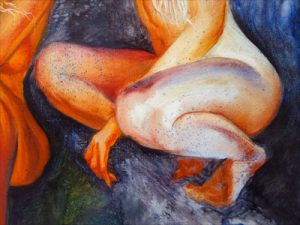 What does this advanced technology mean for an 80-year old person? He/she could be 30-years old again in less than three minutes. Fifty years pealed off his/her life. Now, she can have children again. They could have a whole new family if they want. It looks like, Med Bed technology is a perpetual fountain of youth.

Med Bed technology looks at the body and corrects imperfections. This technology has been around for quite some time. It has been kept hidden from the human race for a very long time. Some people may think this healing technology is science fiction. Too good to be true. It is even not too complicated to manufacture those Med Beds in quantities and distribute them everywhere it is desired. Jered Rand says;

“When you are in a Med Bed, you don’t go through any pain, you don’t go through radiations. It’s not like some evil event. You go into a deep sleep. There’s no injection, no needles or anything. You wake up and look in the mirror and your creepy skin is gone. Your white hair is the colour it was when you were in your twenties (20s). It’s the same for your eyesight, your hearing, your taste, your smell. Everything is restored to a perfected younger state again,”

This is the new age for the new Earth and new human race. It’s totally the opposite of what we’ve lived. These technologies are already here. It’s a matter of getting them safely to the people that can use them.” At last, since year 2020 Med Beds technology is not available to the general public.

Replicators recycle old things back into plasma energy. There’s no waste, no trash, no garbage, nothing to pollute the environment or to destroy the eco-system. Soil is plasma energy. Plants are plasma energy. Take a replicator to a poor village and those people can have everything they ever dreamed of in a matter of minutes. Replicators will eliminate the need for massive amounts of land to feed the population. Anything you want, you can have it. 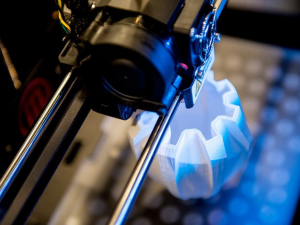 3D printers are the forerunners of replicators. Accelerate that a hundred times and you have a Med Bed replicator. Everything in creation and is composed of plasma energy. Replicators are off-world technology, given to us by the Galactics, who are sharing this technology with the human race. This technology is coming! It’s going to be available everywhere. You will be able to have a phenomenal future.

There is a list of genetic diseases and disorders so long it’s unbelievable! Once you understand how DNA, RNA, mRNA, and proteins work, you soon understand that all diseases are genetic mutations. Those mutations, or variants are all caused by something that changed the information of the RNA, which the mRNA gave to the protein to tell the cell what it would become.

Think about; Vaccines cause genetic diseases; since the 50’s these are the causativeness of all variants/mutations which cause a genetic disorder. In other words, the medical establishment causes every disease on earth, while curing none of them! They have destroyed the quality of life for billions of people over the years.

Our fast growing awakening capacity is motivation behind the move to our new channel. 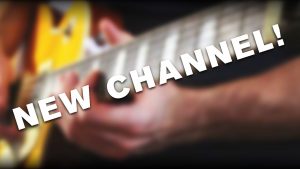 Everybody is requested to move with us to our new channel, the old group site will be cancelled soon.

Motivate every awake to join us and become a true patriot for our new world order, owned and governed by we the people. Be an active, independent and innovative thinking patriot. And join the new FWC channel to promote and reveal inspiring ideas.

Our freedom must be fought for by ourselves from below, not from above. All of us together must reject our government and their rules, they are the puppets of the DS. Remember: if we do not start this liberation process ourselves, freedom has no value and will not last!

Stay tuned join The Final Wakeup Community on TELEGRAM created to bring readers and participants around the world closer together. It is the awakened who have become patriots, to join the fight to remove the Global Mafia from planet Earth once and for all. Planet Earth is ours, we will decide for ourselves how our world will be run in harmony and everlasting peace and prosperity. To which each individual contributes according to his/her insight and ability. Keep following FWC on Telegram for daily updates on developments in our fight against the Deep State Mafia. If you cannot open TELEGRAM from your computer, try it on your mobile or iPad, due to software update.

Participation in FWC on TELEGRAM is free, and offers the advantage of being constantly informed about the latest developments. We are in the final phase of our struggle, so reliable updates are essential. Become a member, and join our global fight against the Global Mafia.

It is important to form and maintain self-governing communities to ensure that oppression and terror will never return. Be armed with the truth and join the