For FWC-Channel, written by Vital Frosi 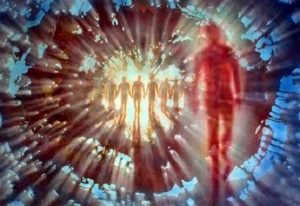 Angel Vital Frosi, tells us what is about to happen. How, terror and fear is caused in the consciousness. The 3D-mind cannot imagine what it will have to understand.

The Earth has entered an octave higher in the Galactic spiral, and this changes its vibration and frequency. These frequencies will break open the veils and liberate consciousness. A New Age is dawning. Nothing will ever be the same again. All Earthly souls who have not yet finished their learning process will have to move to other Schools, other Third Dimension Planets. The mutation point is also the beginning of homecoming. An awareness that the frequency level of 5D has been reached. Liberation has finally arrived!

In the third dimensional world, nothing is real. We will not say here that everything is an illusion, because the way things are perceived in 3D, they actually seem to exist, because man’s physical senses confirm it. But it is nothing more than holographic projections, necessary for the preservation of limited consciousness.

Embodied souls are here to learn what it is like to live in an illusion, to believe that everything is real. It has been written in earlier texts that this is the reason for the existence of Schools, where the veils of oblivion further cover the still limited consciousness. The feeling is something of total disconnection from the Source.

In this situation, the incarnate truly believes that life is limited to birth, growing up, and dying. So the struggle for survival is always the greatest challenge. And even this is an illusion, for the soul survives the death of the physical body and integrates further into a new body, and so on, until all the lessons have been absorbed, understood and added to your version of the higher soul.

When this happens, the soul has achieved ascension. To ascend means to go up and forward. First, the steps of consciousness have been climbed enough for you to realise that you were here to learn, and that everything is only temporary, just as someone goes to a regular school. At the moment of climbing, the soul takes what it has learned with it and integrates into a higher version of itself, and step by step the soul reaches the level of Super Soul. It integrates with Spirit, which is in fact our superior self, also called the Divine Seed Atom.

All embodied Soul fractions on Earth are fragments or parts of Spirit. This apparent disconnection is what causes so much terror and fear in the consciousness of every human being. Because you feel weakened, abandoned, alone and lost, the world around you seems to be truly hostile and dark.

We are not even saying that everything became more difficult when the Archons conquered Earth and its people. But also the level of difficulty has become much higher, this situation has made learning in the School even more interesting: Earth has become one of the most difficult Soul Schools.

The Divine Plans for each Planet, Star or Galaxy are so extraordinary that a 3D mind cannot imagine what it will have to understand. But the soul follows the plan in its entirety, and nothing and no one can change it.

There are always the Higher Councils who can ultimately promote changes in their Timelines, for within the Infallible Plans there are also opportunities and adjustments for better utilisation and productivity.

Everything is movement and evolution in the infinite Universe. It will be no different on this small Planet Earth, also known as Shan or Urantia throughout the Galaxy. The purpose within the School of Duality ends now. The long-awaited date has arrived for the apple of the Milky Way’s eye to make its debut. The Earth has moved up an octave in the Galactic Spiral, and this changes its vibration and frequency.

These frequencies will break through the veils and liberate consciousness from its limitations. All illusions will soon dissolve, and there is no longer any point in applying the lessons of duality, because any consciousness that remains here will know at all times who it really is. It is like applying the lessons of the first grade primary school to university students.

This radical change that the Earth is currently undergoing is called the mutation point. I have described it before as well with the name zero point. In fact, it is a curve in the timeline that will send the Earth and her humanity in a new direction, a new cycle, a New Age.

Nothing will ever be the same again. It is true that all Earth souls who are not yet ready for their learning process will have to move to other Schools, i.e. other Third Dimension Planets. But the heirs of the New Earth will have a broader consciousness from this mutation point onwards, which comes from the higher soul version of yourselves.

The mutation point is also the beginning of homecoming. A consciousness that has reached the frequency level of 5D, which can also be reached naturally by navigating the higher dimensional waves, up to the 9th Dimension. This will allow for such an amplification to directly facilitate movement through other planets and stars within the Milky Way. The dimensional portals will make this incredible and direct transportation possible.

Those who ascend now during the Planetary Transition will already have the satisfaction of duty done in the early days of the New Earth. But nothing compares to the joy and pleasure when they revisit the difficult battles and struggles for survival they endured during the long, dark night of the soul. Everyone will be able to retell, remember and relive their stories for all eternity.

There will be no forgetting, because everything is normal. Everything will be real, including the fact that every soul has experienced the illusion of the Third Dimension.

To avoid unnecessary questions, I hereby give the information that only 1/3 of humanity goes through the mutation point. And if you are interested in this, if you are reading or listening to this content, then you are certainly part of this group of souls. Certainly, there is still some distance to go, but it is short enough for everyone to complete the remaining distance. Most is completed. Just a little more… very little more! 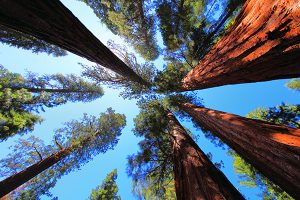 “And even if all this seems to be the end, it will not yet be the end, but the beginning of a New Age.” This is actually the point of change. It is the arc that will swing all ascending souls to the New Earth. The time has finally come!

I am Vital Frosi and my mission is to bring the light.