Your consciousness is the key to enter 5D-portal

Consciousness and Unity are at odds with the Deep State cabal ‘s social engineering programmes. In reality, the Covid pandemic is affecting people’s social consciousness. Some understanding is needed to identify the social engineering programmes of the global elite, and how not to fall victim to them. The global elite want 90% depopulation. They want total control and surveillance of every aspect of your life. They want socialism, with the power and wealth in their own pockets, in other words communism. 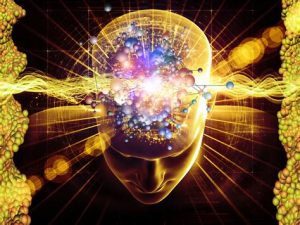 Consciousness and Unity are a direct obstruction to these plans. That is why they want to take away everything of value. They do this in the name of preserving planet Earth and improving the climate, which arguments are lies. If everyone is quarantined and moved around in electric vehicles with limited range, they can control us better. Be assured all climate and other new stipulations are designed to confine the rest of us in limited designated areas. For which the FEMA-Camps have been founded.

What people should really terrify, is not fear of dying of a none existing Covid -19 infection, but the terror of those who govern the world, and who are scaring all people into submission with their objective to achieve total tyrannical control in a once-free World. The fake Covid-19 or Corona has changed the world, although it is nothing else than science fiction. It is a Deep State manipulation that applies Corona as a pretext to change the world into its penultimate phase for the final implementation of the New World Order. They have discovered that health statistics after all have an even greater impact for their despotism and deception than all economic indicators.

Another avenue is the destruction of the population from the inside out, as currently is happening with the mRNA vaccines, that inactivate the human immune system to stimulate the growth of cancer cells. Mode-RNA effectively hacks the human life-software. It ends the body’s healing process. These injections are the most reckless acts of medical betrayal ever committed against the human race. Those mRNA vaccines, not only are loaded with poisons, but they alter the natural immune system in such a way that it will greatly overreact when the victims later are exposed to almost any pathogen including the common flu. They will be attacked by their own immune system, a process known as autoimmune disorder. These attacks are more deadly than any disease.

Dr Sucharit Bhakdi, an American-trained microbiologist now living in Germany, says the Covid-19 pandemic is a fraud because it is based on case and death statistics that are 99% false. He also says that mRNA vaccines are, not only loaded with poisons, they alter the natural immune system in such a way that it will greatly overreact when the victims are exposed later to almost any pathogen including the common flu. They will be attacked by their own immune system, a process known as autoimmune disorder. These attacks are more deadly than the disease itself. Dr Bhakdi begs people not to take the vaccine, especially if they already have taken a first shot. If they do, he says, they will cause the decimation of world population.

In this 10-minute video, Dr Sucharit Bhakdi discusses the fundamental reason for the current wave of “breakthrough infections:” the failure of the COVID vaccines had to be expected, because fundamental principles of immunology were ignored in their design.

The second mistake was to neglect the functional distinction between the two major categories of antibodies, which the body produces in order to protect itself from pathogenic microbes:

Anything that is not on the specific Earth-frequency for the awakening and healing process, is not open to incoming ascension energies. Incoming ascension energy are positive frequencies of harmony and consciousness. Mode-RNA hacking transforms these energies into failure. Actually, inducing people into a coma to avoid their awakening, in other words putting the mind out of sync with the Earth’s Frequency, meaning out of harmony as they feel and exhibit signs of discomfort that can range from anxiety, insomnia, illness, or trapped immune system.

Conversely when humans are in sync; the body is in complete harmony, and able to heal itself and to increase its vitality. Further, measurements of Schumann resonance eventually arrived at a frequency of exactly 7.83 Hz, which is even more interesting, as this frequency is one that applies to mammals. This frequency turns alien negative forces into positive energies, by means of the body’s chakra system. Learn more here.

“Chakra” is a Sanskrit word literally translated as wheel or disk.” To visualise a chakra in the body, 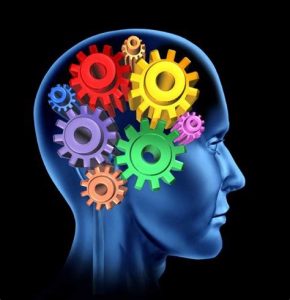 envision a swirling wheel of energy where consciousness and matter meet each other. They are thought to recharge through contact with the stream of cosmic energy in the atmosphere.

Each chakra is connected to a specific gland, organ, and body system and also to a specific colour vibration frequency. In addition, each energy vortex has an important function in creating our energetic balance. Moreover, these energy centres vibrate at different levels relative to the awareness of the individual and the capacity to integrate the characteristics of each into his/her life. The openness and the flow of energy through your chakras are necessary in order to become fully self-conscious and in harmony with your spiritual nature, creating physical, mental and emotional health.

Ever since most of humanity has been unable to activate the impulse in the higher heart to connect the 4th DNA strand during the period from adolescence to adulthood, caused by chemicals in chemtrails and food, that distorts over time the DNA patterns associated with the emergence and spread of diseases for emotional and physical imbalance. This is not natural. If a person cannot activate their mind and access their 4th strand of DNA, their Soul Identity cannot be activated. Therefore, they are not aware of why they have incarnated on earth, what their higher purpose is, and they cannot connect with or listen to their Higher Self, – commonly known as intuition and logic thinking, because their Higher Sense perception abilities have not been activated. 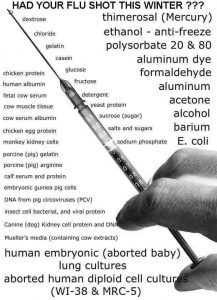 The Covid vaccines are an illusion; it is not a vaccine but a toxic injection that makes people believe they are protected against something that is not, but reduces their life expectancy to a maximum of three years.

Worse; Up to thousands of people “not vaccinated” report having side effects from Covid-vaccines, but without being vaccinated. The fact is; people who are not vaccinated, but have been in close contact with “vaccinated” people are infected with unprecedented amount of diseases originated from the Covid-vaccines. People after close contact with “vaccinated”, report pericarditis – a swelling and irritation of the tissue surrounding the heart initiating chest pain; autoimmune diseases; shingles – a viral infection with painful rash of blisters around their torso; thrombosis; Bell’s palsy – symptoms of sudden weakness in facial muscles.

It has already been confirmed: mRNA “vaccines” with synthetic spike protein + nano-technological hydrogel, produces many cases of side effects on the female reproductive system, plus thousands of other cerebral, cardiac, neurological, neuromuscular effects, blood clots, thrombosis, thousands of deaths too, now that “vaccinated” have spread around the world.

According to the official propaganda; Pandemic-curves and statistics show that the number of people supposedly sick with this new ‘Covid- variant’ is exploding in all countries that have ‘vaccinated’ massively; like Israel, Brazil, India, USA, etc.

Nobel Laureate Professor Luc Montagnier pints out; Mass Vaccination is an enormous mistake. A scientific error as well as a medical error. It is an unacceptable mistake. The history books will show that, because it is the vaccination that is creating the variants.

For the original virus, there are antibodies, created by the vaccine. What does the virus do? Does it die or finds it another solution? They are producing new variants as result from the vaccination. You see it in each country, it’s the same: the curve of vaccination is followed by the curve of deaths. People became sick with Corona after being vaccinated. I will show you that they are creating the variants that are resistant to the vaccine. It’s unthinkable. They are silent; many people know this, epidemiologists know it too. It is the antibodies produced by the virus that enable an infection to become stronger. It’s what we call Antibody Dependent Enhancement, which means antibodies favour a certain infection.

As the antibody attaches to the virus; from that moment it has the receptors; the antibodies, have them in the macrophage (increased emission of pro-inflammatory). It pokes the virus and not accidentally, but because of the fact that they’re linked to the antibodies. It is clear that the new variants are created by antibody-mediated selection due to the vaccination.

The global Corona or Covid-19 quarantine is the first step in that direction. There are only two possible scenarios that explains the cabal’s approach: Either, it’s a disaster and thousands of people are dying from this fake virus, about they don’t care! Or, the whole thing is a hoax, but you idiots will believe anything, so they are going to rub it right in your stupid face, by telling people to wear a face mask and to socially distancing themselves! And indeed they are right, as about 90% of us are obedient stupid followers.

If a face mask is worn for hours, it can reduce blood oxygenation as much as 20%, which can lead to a loss of consciousness. There are meanwhile too many cases of elderly individuals or any person with poor lung function passing out, leading to more Corona deaths.

Wakeup folks, this quarantine is tyranny, where healthy people deliberately are locked down. Protest against your government in masse to let them know you disagree and should send them home. Think about; We the people are in charge. Regretfully, we employ these corrupt individuals already far too long.

We could have freed ourselves, if it wasn’t that the mass is still at sleep. People must fight for their own freedom otherwise it doesn’t provide them the value of liberty! In the end with all the fake vaccination stuff around, society culls itself. The weak shall fall by the wayside. And the strong will prevail. In the end two third of the population will not be able to survive, they have been killed by their own government bribed and instructed by the Global Deep State Criminals, who want the world for themselves, after the useful idiots in governments have been killed.

Your consciousness is the key to enter 5D-portal 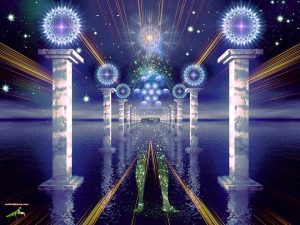 The 3rd Dimension is the world of lies, deceit, competition, destructive criticism, selfishness above all else, greed. Control and power are the only goal. Backstabbing, malice and maintaining low frequency for conviction and control are actions that put big locks on the Gateway to the Fifth Dimension. Wherein, co-operation, assistance, devotion are always directed towards good, pure and clean intentions, with empathy and care for others, that is the track that will lead you to the 5D world.

Nothing and nobody has the power to influence this individual choice. For every individual still exists the freedom of free will. There will not be a single soul who can say that they did not have a chance.

Ascension is by definition the path of those who choose to consciously move to a higher level of light. It can only be found when the consciousness is truly expanded enough to understand each lesson that has been presented during successive incarnations.

Remember, nothing and no one will decide for you.

The moment the majority of the vaccinated discover they have been deceived by their government, global liberation is fact.

If you found this information interesting, explanatory, valuable, and/or insightful, please share it with everyone you know to help awaken and prepare them.

Stay informed and subscribe for free, with no hidden commercial interest, it is at our expense that you are kept informed.