The Light Has Won

An uplifting New Year’s message for 2022

Your World is an Illusion

The light has won! – This is part of an absolutely incredible war story that has ever happened! – Only informed people who have done their research know the background of

this story. Some know almost everything. But for the general public it has remained a secret; when the truth comes out, about what happened, it will be classified as “the most horrific war in the history of mankind”. All heinous crimes against humanity will be openly published in the not so distant future.

The fake Mainstream Media, controlled by the Deep State, is creating a global fear psychosis, but it will soon be rolled up. Because, all 209 countries of this world have signed the GESARA agreement, humanity will be revealed who are those who have kept us in the dark. For hundreds of centuries they have used every possible means to oppress and enslave mankind.

A key quotation from Rothschild says:

If we go down, we will take you all with us.

This confirms that the Deep State cabal knows very well that their last “hours” are up.

Their Covid pandemic has been planned in advance for a long time, and to come into action before their own demise might begin; to then let the entire world population “go down with them”. This has become their main reason for mandatory vaccinations worldwide; supported by the “vaccine passport”.

Ex Pfizer chief scientist Dr Michael Yeadon, says it is mass murder, backed up with a vaccine passport and additional booster vaccinations! He is a strong voice. He has carefully researched and analysed all this, to better understand the devastating effects of the mRNA “vaccine” on the world’s population. He states;

“This system is being put in place through lies, and maintained through more lies, and for a specific purpose, I believe their purpose is complete totalitarian control.”

One thing is certain, these “idiots” will reduce the world’s population by at least 75%; while 90% is planned by Agenda 2030. At present, more than 8.6 billion vaccines have been administered worldwide. Any further comment or evidence seems superfluous! 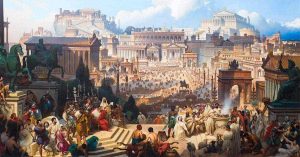 We will soon find out what really happened over thousands of years. The enemy is a secret Satanic society from planet Saturn.

They have made themselves the extension of the Roman Empire, better known as the Roman Catholic Church, on Earth. The Satanists have bribed, threatened, murdered and appropriated churches, governments and people to control everyone and everything on planet Earth.

But these hundreds of thousands of years of oppression are finally coming to an end, for the Light has won from these dark powers.

Our extraterrestrial correspondent, KejRaj tells more about this development;

Your World is an Illusion 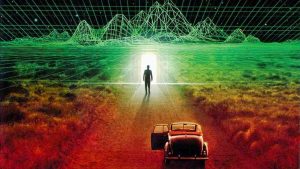 The Light shines over everything, and everyone can see the transformation with their own eyes in the light of the divine essence. We promise you that you will not have to wait much longer. You are truly on the threshold of a new reality. A new world of unity, filled with the highest light, guided by love.

Your bright and prosperous future is guaranteed. Hold the light now, for it is indispensable in these times of great change. This is the last phase of upliftment. While the illusion continues to dissolve, there may still be some bumps here and there. Therefore, we say to you, bring God out from within and shine your light.

You may not be able to perceive these light beings yet, but they are certainly closer than they have ever been.

The moving stars you see in the sky are in fact the lightships of your family members. They are watching over you with the purest love. Many are already walking among you. To make sure that you are safe.

In the not too distant future, they will land on your beloved planet, just as they did in the past. Only this time, they will not leave you. Yes, we will even take the risk of giving a timetable for this. The great reunion will take place within the next four years or sooner.

Your Hope, your Will and your strong Belief in change for the better has shocked many civilisations across the Universe. They already thought you were a lost civilisation. And now they are cheering you on, their joy has increased tenfold. In many of these civilisations are also your ancestors, your family.

The planet known as Earth will be the second Garden of Eden, a place where beings of light from all regions of the Universe will meet, interact, exchange and grow together.

The awakening of humanity on Earth has sent its echo through the Milky Way to other planets. For those of you who have chosen to remain here, to be part of the new Earth, it is intended that you will experience the life that was originally intended for this planet. Millions of years ago, a planet known as Earth or Gaia existed among the stars.

But there are also many of you who just cannot grasp the idea of complete peace and freedom yet. So they are not yet ready to embrace the new. Thus, they have already begun to leave this world. Again, there is no judgement. Those who leave will continue their journey in other galaxies.

The higher consciousness, a new perspective, and a new foundation has been laid; for a new peaceful and prosperous way of life for all humanity on Earth. The old is dissolved by the higher light entering your world. There are many who are afraid of this change. It is the many who want to hold on to the old Matrix.

Planet Earth is designed, created and driven for pure divine energy. There is no Armageddon, there is no Judgment Day, the world is not going to end. What you see now is that The Light has won.

The false, man-made matrix is dissolving, making way for the emergence of the new world, a new divine world.

The future of humanity is no longer at stake. It is secure. A future with abundance, progress in all areas, with love and unity for and by all.

Contrary to what you may see in the media, all hell is not breaking loose. An absolutely positive change is taking place. Humanity and Mother Earth have already ascended to the fifth dimension. 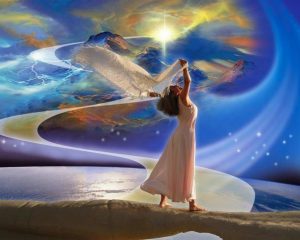 The light is burning everywhere now, enjoy the divine turning point. We promise you that you will not have to wait much longer. You are truly on the threshold of a new reality. A new world of unity, filled with the highest light and guided by love.

This is a time for joy and celebration. The light is shining for your loved ones! From heart to heart.

With loving greetings from KejRaj!