Government is the problem, not the solution. After more than fifteen years of a lingering and deepening recession, it is time to change course. In a democracy, governments are elected by the people to serve them, not to play authoritarian dictators, as is always the case. Governments use all their power and resources to influence your way of life. 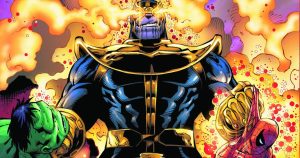 They have the power to tax, detain, imprison, torture and use young men and women to wage wars in other countries that pose no threat to their own. They regulate and impede businesses, distribute money, make trade more difficult through embargoes and sanctions, and control everything that comes into their minds. Governments are clearly not at the service of the people; worse, they are the enemy of the people.

Enforcing security checks at airports without real protection is nothing but creating business for government cronies. As a result, people wonder who will protect them from theft and violence, from their own government terrorising, robbing and damaging their own country.

The people entrust the administration of justice to an institution that is obscenely corrupt and obscure. People are brought up to remain under surveillance and give their freedoms and abilities to their government; they dare not do otherwise because they will be arrested.

The power of modern representative government is that it deceives the masses by making them believe that they too are insiders. They are encouraged to vote and to believe that their vote really counts. Practice proves otherwise.

Besides, voters have no idea what or for whom they are voting. They often get the opposite of what they thought they were voting for. Government is a phenomenon, not a system. 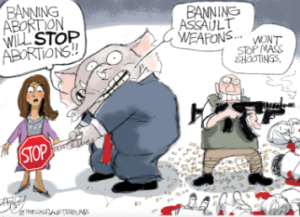 It is best understood as a battle between the outsiders and the insiders. The insiders are the government and use their power to control outsiders. Why do they do this? The usual reasons are Wealth, Power and Status.

In short, government is an institution where ‘insiders’ steal the wealth, power and status of ‘outsiders’.

Politicians are bought, talked over and manipulated by the elite, it is the same in every country. Detailed files are kept on politicians, backed up by intelligence data, which can be used to scare and put doubters back in line, for fear their secrets will be made public.

Those who control the parties also control the network of intelligence services, not least the Rothschild dynasty.

For most politicians, there are no limits or moral dilemmas about little things like integrity and data protection laws. The more secrets people in government have that could destroy them if revealed, the more useful and desirable these people are to fill key positions. If they ever try to stand up to the official line, there is always the database.

The highest echelons of politics are full of people who dance to the music for fear of public exposure on everything from financial fraud to paedophilia. There are three types of politicians who come close to the government power system: 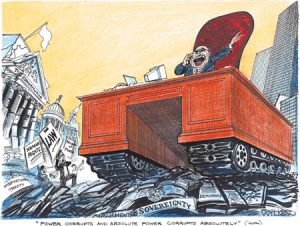 There are two kinds of people. People who like to control physical reality, want to be important, and like to dominate others. A second group, is naturally attracted to government and politics. And therefore pose an active threat to the personal freedom and economic well-being of the people.

The control of events at the macro level is regulated from top to bottom by means of divisions at different heights in the pyramid. These divisions make each section and layer independent of each other in order to conceal the full picture of the proceedings.

Based on lies, intended to achieve specific goals such as war, population reduction, increased control, redistribution of wealth, etc. with the aim of causing maximum misery and suffering to the people.

Mankind has allowed this to happen before their very eyes, by believing their promised support and propaganda lies. That stimulated their hunger for boundless power and wealth. These beings are Satanists without empathy. Without soul and heart, with only a mechanical blood pump to keep them going.

The Anunnaki made the laws on planet Earth that the people must obey based on sanctions and punishments. This is an absolute fallacy; no man-made law has any right; only the law of the Universe is valid. Read more about this below. Who controls the world? The Illuminati? Freemasons? Jesuits? The Bilderberg Group? Or are these all red herrings to distract curious eyes from the real world elite? The answer is not so simple, as is often the case with important investigations.

There are undoubtedly secret world powers whose sole purpose is to maintain and grow that power. But it may not be as secretive as people think. And that makes it even more criminal.

Our returning extraterrestrial correspondent Vital Frosi, gives his views on this development below

No human race belongs or lives in a world of trial and penance. Every civilisation can survive with its own natural laws of the creator, as happens on all worlds in the Universe, also called moral laws. 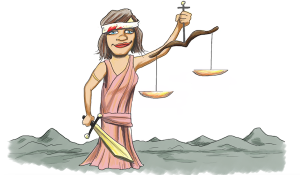 Divine creation never stops. It evolves because it follows the rules dictated by the Creator. All experiences that souls have to go through take place in countless Universes, with their own Galaxies, Stars and Planets, which is called Ascension.

When we compare Planet Earth to a school, it is not a metaphor, but a way to better understand the learning process of the souls incarnated on Earth; they are subject to the veil of forgetfulness. So that they do not remember who they really are, learning takes place through successive reincarnations, each of which is unique.

Therefore, opportunities always exist, for even if the soul fails, it will have another chance later on. It are the Laws that govern the Universe, and determine the curriculum of each Soul School. They are sovereign and not dependent on local Laws made by people on a Planet or Star.

Also here on Earth there are specific Divine Laws adapted to Earthly humanity. They are referred to as moral laws. This makes the meaning of morality and immorality clear. It is these Laws that determine who is or is not ready for ascension.

Although every human being is subject to human Laws, these do not stand in the way of higher Laws. Since the emergence of leadership positions on planet earth, commanders have surrounded themselves with certain rules, not really to lead the people, but to secure their position.

Laws and codes may guide the behaviour of a community, but they have never guaranteed a right. And now, when everyone can learn the truth and the revelation of this truth, all of mankind can see who has really been in charge all along.

When we think of the famous sentence:

“And you shall know the truth, and it shall set you free”,

we are sure that such revelations will take place.

Never, at any time in history, has such evidence been so clear as it is now. Today, in the light of this knowledge, everyone realises that human laws always benefit those who made them.

How often have we seen certain personalities boast of stratospheric positions and gains, and not feel unjust, because they justify such situations as being “within the Law”. Yes, within the law that they themselves have created in order to profit from it.

They are officials with high positions and salaries, high pensions and plenty of benefits, rights for a handful of beneficiaries, who in most cases do nothing to earn it. But they raise their heads and bang their fists on the table and say it is legal because the law allows it.

Yes, it is legal according to the Law of Man, but it is immoral according to the Moral Laws. Always remember that it is not the laws of man that give a safe course to the ascension of a soul. Everything is lawful in this school of souls, but only those who have understood and practised the Higher Laws will be truly approved. 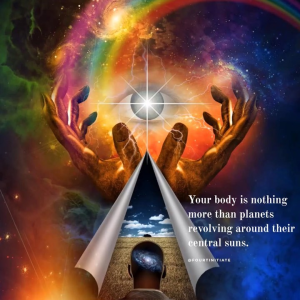 I wrote in an ancient text that a library exists on the central sun Alcyone in the Pleiades where there is a record of every soul that has incarnated on Earth, from their first incarnation to the present moment. Every minute and second is recorded, both during the incarnation and in the period between lives, that is, in the astral afterlife on Earth. The thoughts and intentions of a person are also recorded there.

So how can these laws be circumvented? I also wrote earlier that the universe knows where each one of us is. It knows the address of every incarnated soul, both in the present existence and in past ones. There will be no mistakes in these laws. There will be no one with more or less authority in applying them. This will be a great moment, above all the moment of true justice!

The justification that human laws have allowed this is useless. Not only for salaries and rewards, but for all known activities. For all the deeds that have been done. In every demand. In illegal business; in lies; in disinformation; self-interest at the expense of the collective; unfair competition; slavery, labour and debt; easy profit; the list is long.

The judges of today are the defendants of tomorrow. That is why we have heard from childhood that divine law slows down but never fails. Nothing could be more true or more logical. Learning the lessons in a School for Souls certainly includes the practice of Moral Laws.

No one will escape the Last Judgement. No one can escape from himself, that is, from his own consciousness, for we are consciousness itself. It is this consciousness that may or may not ascend.

New times are coming, those who have power over mankind have become afraid. They know that their time has come. But they also know that they have failed the Moral Laws. And this leads them to despair.

There is nowhere to hide and nowhere to run, for no one escapes from himself. It will be useless to try to establish dictatorships to protect you, for it is not the laws of man that judge you, but the moral laws that rule the worlds.

It is a sad end for those who thought they were invincible. The Universe is spiralling, this cycle is now closing here on Earth. The Age of Light has finally come. We can already feel the first rays of dawn. 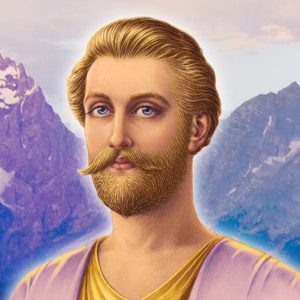 The short video below tells of the good things to come for mankind;

Promoted and inspired by St. Germaine, who is behind the huge explosion of innovations including the computer and the Internet.

Note: The Saint Germaine World Trust funds are in addition to, and separate from, – The The World Global Settlement Funds and the Global Collateral Accounts´

The greatest moment of all