There is no anchor against the ever-increasing money supply that destroys the world’s reserve currency the US dollar. New from this air printed money is constantly created to fight deflation to avoid depression. The world Central banks cannot accept deflation; they try to offset this by printing money to generating inflation. As there is no velocity in the money circulation, they cannot generate the outcome they want. The Central Bankers have no power to turn this around, but to keep printing money that no one spends, so the money has little effect on the economy, if they don’t find a way to rise the velocity of money, there will be no inflation and higher prices, if not, the world will be mired in a deflationary trap that scares the hell out of the central banks, as debt burdens go up in real terms. Tax revenues decrease. Banks fail. When the role of complication is ignored, they are putting the system at risk of collapse.

The use of multiple reserve currencies –SDRs- will too descend into chaos as these also are without valuable backing and the existing encountered problems will not be solved. It still is an open question whether the world needs a reserve currency and certainly not when money is linked to something tangible; there is no need for central banks either to creating money without limits – as all has been confirmed during the era 1870 – 1914 when the gold standard acted independently. An innovative adaptable gold standard should be adopted to reduce uncertainty about inflation, interest rates, and exchange rates. Once entrepreneurs and investors have greater certainty and price stability, they can take greater risk on new investments. There is enough uncertainty in entrepreneurship without adding inflation, deflation, interest- and exchange rates. A radical departure is required from the world economy guided by privately owned central banks that have shown continual asset bubbles, crashes, panics, booms and busts in the last forty years. It is time to diminish the role of finance and empower commerce. Gold produces the greatest prices stability in costs, and asset values and therefore provides the best outlook for businesses and investors. 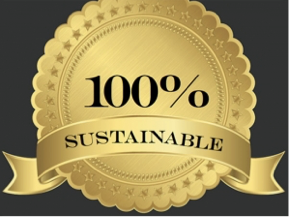 An adaptable Gold Standard deserves consideration as it basically suits all economic circumstances. The money supply could be backed by gold, for example varying from 100% – 20%. At its launch the highest percentage is required to encourage confidence. What should be the dollar price in gold under this adaptable gold standard? Choosing the wrong price was the single biggest flaw in the gold exchange standard of the 1920s. But based on the level of debt in the world, the existing money supply M1, M2, etc., the initial proportion of gold backing implies that for 100% backing the gold price could lie between US $ 45.000 and US$ 2.500/ounce in the event of 20 % backing. The appropriate price peg needs special attention to avoid the mistakes of the 1920s.

The degree of adaptability is to be considered in advance – with pre-set qualifications explicitly describing the conditions and when desirable to be permitted to deviate from the strict coverage ratio in cases of economic emergency, events like a true liquidity crisis or emerging deflationary spiral when rapid money creation in excess of the money to gold coverage ratio is necessary.

Two essential elements to creating confidence in the gold-backed system are, a strong legal regime and mandatory open-market operations to stabilise prices. Those are the pillars to consider circumstances under which it is allowed to create excess paper money and exceed the coverage ratio ceiling.

Presumably in extreme circumstances such as deflationary contraction, the open market operations would constitute a kind of democratic referendum on the decision. If the market responded with the judgement of deflation, then there would be no run on gold – in fact there might be seller of gold – as other countries with a trade deficit are buyers – that will maintain the gold price. Conversely, if the market questioned the judgement, then a rush to redeem paper for gold might result. Which would be a powerful signal to return to the original money to gold ratio. Other parallels could be realistic too; important is to comprehend the concept of adaptability in the gold standard. A more in depth discussion lies outside the scope of this essay that just intends to explain the feasibility and realistic practicality for an adaptive gold standard.

The crisis issues involved and explained previously are strong enough to consider the implementation of an adaptive gold standard. Given the loss of confidence by citizens in central banks and the continual experience of debasement by the banks, makes it likely that a broader money supply definition and the highest coverage ratio is required to secure confidence in a new gold standard. Yet an even higher gold price would be required when applied on a global scale, because China as major economy posses a paper supply much greater than is the case in the west and could have less gold? Anyhow the issues involved in re-establishing a gold standard with enough flexibility to accommodate modern finance deserve serious study and extensive research, based on the need to restore confidence on a global scale, rather than ridicule the concept. An important additional advantage; every country independently can manage their own currency, contributing to a greater economic stability.

The mere announcement of this endeavour could have an immediate benefit and stabilising impact on the global economy, because the market would begin to price in the future stability, a procedure similar to the euro convergence years before the euro was launched. Once the appropriate price level is determined it could be announced in advance and open-market operations could commence immediately to stabilise currencies at the new gold equivalent. Eventually, the currencies themselves could become pegged to gold. Then the world is ready to undergo new creativities, further innovations, improve productivity, and apply advancing technologies as the market is freed from manipulations. And last but not least, real global growth would be fuelled by real rather than paper wealth.

Finally a serious caveat; unfortunately it’s not likely that the central bankers will accept their defeat and relinquish their power. So the more likely outcome from this economic crisis is not the most logical solution, but more conceivably chaos, as the consequence from currency wars and the debasement of paper money will become chaotic, catastrophic, with collapse of investor confidence, resulting in emergency measures by 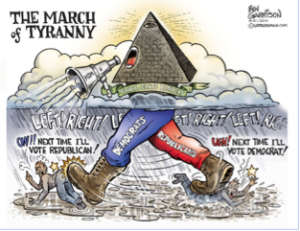 governments to maintain some semblance of a functioning monetary system for trade and investment. Even worse, the next financial collapse will resemble nothing we’ve seen in history. This one is going to happen like an avalanche brought about by the layering of one last financial snowflake on an unstable mountainside of debt.

The history of Central Banking in general has been one of broken promises when it comes to convertibility of money into gold, and particular promoting ZIRP banking interest at the expense of GENERAL INTEREST.

If the US were not so big and powerful, it couldn’t impose its money as the world’s reserve currency. Without its position as the issuer of the world’s reserve currency – dollars instead of gold – the US wouldn’t be able to flood the world with its cash. Without the rest of the world’s need for dollars, the credit bubble couldn’t continue growing. And without the credit growth there wouldn’t be a way to pay the expense for unnecessary wars and to maintaining a worldwide empire. In essence Central Banks aren’t as powerful as most people think. They may be responsible for triggering this crisis – and partially to blame for 30 years of artificial markets. But they don’t have the power to hold off market forces indefinitely. And they certainly won’t have the power to reign them back in once they’re unleashed. The far greater danger, unless we the people don’t revolt en mass against, is the implementation and control of a new Global Monetary System. The very thing they have in mind with this is for sure NOT the well being of We The People.

There still is – albeit little – time left to WAKE UP and see the true picture of the terrible realisation by the “powers that be” that fundamentally act on behalf of the elite cartel by employing governments and politicians as their front men that manipulate the media and markets with the objective to bring all of us at the complete mercy of their parasitic – privately owned – central bankers that are more than willing to not only implode the world’s economy, but also finance both sides of any newly created conflict for personal gain and control, in which most authorities are accomplices. Hopefully you start to grasp the monstrousness of what is going on around us, and how urgent a change for better is required.

Gold Backwardation like this has never happened in history: They’re Not Going to be Able to Save the System This Time Around – tells James Turk in below interview with Greg Hunter.

Gold expert James Turk says the Ukraine crisis can affect the price of gold. Turk says, “Whenever there is global tension, people go to safety, and one of the greatest safe havens of all-time has been gold. It’s been money for 5,000 years, and it’s still money and still a safe haven because it’s money that doesn’t have counter-party risk… Gold does respond to geopolitical tensions, and I must admit the situation in Ukraine is getting more serious. I would not be surprised if the tensions continued to rise.” So, could this be a trigger to cause distress in the global financial community? Turk contends, “Yes, it really could. This could blow out of proportion very quickly, and it would be much more serious than what happened in the Balkans where there was a shooting war. What’s happening here is you are talking about a major economic power and the use of sanctions. In WWII, one of the causes of friction between the United States and Japan was the economic sanctions the U. S. imposed on Japan because of their incursions in China. It is eerily similar to what is happening now with Russia, and I think the stakes are just as high when you are talking about two major powers confronting themselves this way.”