Translated and edited by Peter B. Meyer 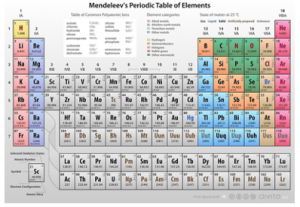 Let’s start by explaining Ether, because soon we will all benefit from Ether-based technologies.

Ether in its original version was present on Mendeleev ‘s Periodic Table of Elements with the name “newtonium“, it was placed in the group “zero”, together with inert gases, as the main element for the classification and formation of all elements.

According to Mendeleev, the element Ether was formed by molecular nuclei and electrons, without the involvement of chemical reactions. After the death of this scientist, the periodic table was rewritten and Ether was omitted from the “zero group”.

“The periodic table without the element Ether is the same as humanity without children – you can live, but there will be no future.”

So, the question is why was the element Ether deleted?

Matter is formed by a group of molecules that fully interact with each other. After the creation of matter, the Supreme Spirit decides whether to give matter the breath of life or not. Matter that appears lifeless at first glance, in reality, keeps itself alive through spiritual development.

As an example, take a forest, is it animate or inanimate? The forest is not only matter; it is a community in which all parts support each other in the name of preserving life. A field also possesses the same living spirit. Matter can be born and die.

The more organised matter is, the less dependent it is on other material structures. Even artificially created matter can have a spiritual structure, such as icons or paintings. The Supreme Spirit gives that to them. But this does not happen with all icons, it happens when the painter puts a part of his awakened soul into them. You probably know paintings or portraits in which everything seems to be alive, or perhaps that feeling is perceived as such?

WHO CONTROLS THE DEVELOPMENT OF MATTER?

The element Ether is like a canvas for the creation of matter. The free atoms contained in ether cells correspond to each other in size and purpose. After attracting other atoms moving around them; together they form the crystal lattice, which creates matter…

WHEN WAS ETHER CREATED?

It was created in the very earliest stages of creation. It is the basis of life, the glue and transmission substance.

The whole Universe is filled with Ether. This is why all entities are able to communicate with each other via brainwaves.

WHAT KIND OF PHYSICAL SUBSTANCE DOES IT HAVE?

It is alive, it has a memory, it is capable of self-reproduction and self-regeneration. It is present everywhere, but above all it is present in the mind-matter, it is mobile and alive.

The ether is made by info-quants. To wit, the knowledge and use of mathematics and related subjects.

WHAT ARE THE PROPERTIES OF AN ETHER PARTICLE? 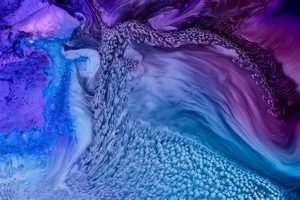 It is invisible to the human eye, it does not die, it penetrates everything without being shielded. The etheric environment is warm, viscous, it is capable of uniting particles. Ether is a matrix, or a canvas. Everything that exists or lives exists thanks to the properties of ether to unite; if these properties were suddenly no longer to exist, there would be a colossal explosion of unimaginable power. Without ether, nothing is complete, voluminous, or absolute. Practically nothing will exist.

Undoubtedly. Ether follows thoughts. You could call it the wave of information transfer. In other words; telepathy.

WHY IS ETHER SO RESISTANT?

Because it stores information infinitely. It is the only material that cannot be deleted or erased. It is compact, light, mobile. Ether is intangible but its particles will continue to exist and be recreated for millions of years.

HOW MANY ETHERIC PARTICLES ARE IN AN ATOM?

Usually twelve, but sometimes even less than twelve.

HOW CAN INFORMATION FROM ETHERIC PARTICLES BE TRANSFERRED AT THE SPEED OF LIGHT?

The thinking process consists of brainwaves, which is a movement of energy in the direction of the goal of thinking. Through the movement, the ether particles are detached from the atom, while thinking acquires the speed of light, as the atomic particles acquire other ether particles, from particles that have already completed their task… Actually, nothing is ever destroyed.

HOW DOES THE HIGH-SPEED DIFFUSION OF INFORMATION THROUGH ETHER TAKE PLACE?

It is a living environment. You have just thought, and already know the answer, it thinks with you. The etheric environment is mobile, instantaneous, and uncontrollable. It does not need to solidify in order to take shape. It is the code of existence, a part of the creation. Everything visible or invisible is animated. Ether is a part of God; it is like the circulatory system in man. Ether possesses memory, which is indelible. At the same time, ether can absorb an enormous amount of information.

Nicola Tesla was a great inventor, his free energy concept was boycotted by the Deep State Cabal for the same reason as happened with Ether. Already 120 years ago the world could have been illuminated for free, by advances of genius Nikolai Tesla, if he had not been thwarted by the Deep State-cabal with his invention of free energy, generated from magnetic fields around planet Earth, then no carbon emission-tax or global warming hoax would have been possible at all!

Most of today’s technology comes from the knowledge inspired inside Tesla, as he restlessly laid out for the world. They are all important improvements for humanity, only to be stolen by the Cabal for their own evil use. Donald Trump ‘s uncle John Trump knew how to interpret Tesla’s genius patents, and strange drawings. When Donald Trump first ran for election in 2016, he told during his campaign for president; that his uncle had told him all about Tesla’s work and patents. Read more.

The Tartarian Empire was the largest empire in history. What happened to Tartaria and why have we been told nothing about this history? Is this a massive cover-up by the Global mafia? The question is why are they going to such lengths to keep this information hidden from us? Who were the Tartars? Is there any proof of their existence? Research into mudslides and the hidden history of Tartaria may shed more light. 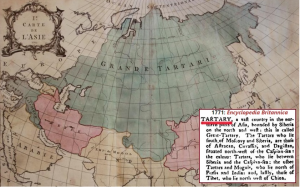 “Tartaria, is a vast country in the northern parts of Asia, bounded on the north and west by Siberia: this is called Greater Tartary. The Tartars lying south of Muscovy and Siberia are those of Astrakhan, Circassia and Dagestan. The regions northwest of the Caspian Sea are; the Calmuc Tartars, areas lying between Siberia and the Caspian Sea; are the Uzbek Tartars and Mongols, areas north of Persia and India are finally those of Tibet, which lie northwest of China.” – Read more about this in Encyclopaedias Britannica, Vol. III, Edinburgh, 1771, p. 887.

Tartaria was multi-religious, and multi-cultural. One of the reasons for the huge difference between leaders like Genghis Khan, Batu Khan, Timur alias Tamerlane, who looked and have been depicted by contemporary artists reflecting the differences in outward appearances.