The Banking system, is a gigantic criminal enterprise

No Survival of the US-Dollar

Nature Always Wins to Let Gold and Silver be Money

Only, the Free Market Defines the Value of Everything 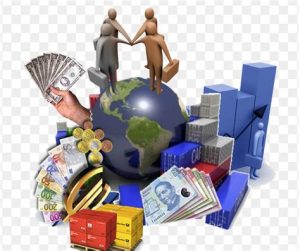 Today’s economy is a central bank economy and not a people economy. This economy cannot be repaired, a new people economy will be put in its place, free from Central Bank interventions and manipulations. In short, an economy controlled by the people on the basis of supply and demand, a fair-trade economy, as explained in FWC-articles.

Auditing the central banks, will put the final nail in their coffin. Meanwhile, Russia, China, Turkey, Syria and Brazil have officially moved away from the IMF, by establishing their own currencies, as Russia had already earlier announced, away from the US-dollar, which is confirming the transition to sound money, controlled by the people.

All Currency Markets are manipulated and DS-controlled by rigging currencies for almost as long central banks exist. This corners the precious metals market, and provides the means to secretively conduct economic wars, reaping ‘Unjust Enrichment, Power and Control’, to enforce political agendas through economic blackmail.

For more than two centuries, nobody is able to know any actual honest value of anything. Criminal Crooks and Robber Barons have manipulated absolutely everything to suit their purposes. How can real value of anything be established? The answer is simple “what the market will bear”, or in other words, “supply and demand” which is the underlying principle of free market value. The free market defines the value of everything.

Readers may be scratching their head? The fact is that there hasn’t been a Free Market for the past two centuries, so there is absolutely no recent data to support actual “market value”, to show “what the market will bear”, to pose a point of reference.

The prices of all Precious Metals have been stuck, suppressed and “fixed” by the Rothschild-owned London Gold and Silver Boards, while members of Parliament have been kept in the dark. Like all of us concerning the volumes of precious metals, both in the ground and above.

And if, not is known how much volume of a commodity is owned, relative to the demand for that commodity, there is no objective indicator of what the market value of that commodity really is.

The bad news is: there are no real prices of gold and silver available in the World today.

It is useless to follow the investment recommendations put forward, all in good faith, by individuals like Peter Schiff.

The prices presented by the Media in our world are determined by a small group of individuals in London and New York; this group decides each and every working-day, what the prices of gold and silver are to be that day. That daily decision has nothing to do with a “Market” for these metals.

The section of Kitco.com devoted to comments regarding the markets for the precious metals is perhaps entertaining, but otherwise worthless. Some days, the prices of these metals are allowed to rise, and the heartbeat of gold and silver investors goes up. But following that rise, comes a collapse – investors who purchased metals earlier in the day, become losers.

No Survival of the US-Dollar

“Confusion is the Objective”. Broadcasting fictitious prices of precious metals has allowed the Dollar to survive as long as it has, as the World’s No. 1 currency. There is one way to profit in the precious metals markets: you buy, at whatever the price is, when you wish to buy, and take possession of the metals purchased. Put these purchase away, forget about it, and wait. You may die before the price of the metal, goes up and stays up. On the other hand, if you are still breathing, and the Dollar has died and gone to hell, the profit on your purchase for an ounce of gold will prove to be very large.

The Central Banks of the World – Russia and China both excepted – are all members of an International Club of Central Banks. This Club is run according to the rules dictated by the BIS, the Bank for International Settlements, located in Basel, Switzerland.

Events that took place years’ ago, resulted in the conversion of all currencies administered by the Banks under the sway of the BIS, into fiat currencies; that is to say, currencies which have no support or connection with precious metals, silver or gold.

All things human is subject to change, except human nature itself. The current financial institutions have fallen into a condition which is at odds with human nature – as they run exclusive fiat money, without any intrinsic value.

Nature Always Wins to Let Gold and Silver be Money

The nature of things is that the state of financial institutions is undoubtedly subject to radical change. In nature, things always return to nature, when world disorder, i.e. war, undermines the power of the BIS, some countries will necessarily return to real money of gold or silver, and recognise it again, in order to maintain peace and economic cooperation between the elements within their populations.

In the coming global monetary disorder, the institution of national central banks will have become irrelevant. The politicians who are President or Dictator will have to step in to provide real, tangible silver or gold money to their people when paper or digital money becomes irrelevant. 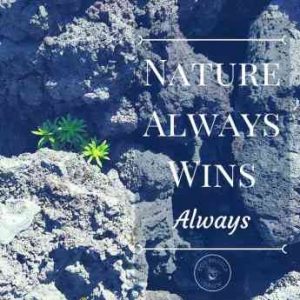 By the very nature of things – nature always win – the future of our World will see gold and silver return as money. Present-day in which we live, will in future be seen, as a Dark Age.

All currencies are wedged relative to each other, propped-up, and “fixed” by the Exchange Stabilisation Fund (ESF), which has been used as a giant Commodity Price Fixing Mechanism. This ESF-mechanism was designed and implemented by the World Bank on behalf of the Rothschild camp within the Deep State.

And as the judicial system has also been bought and paid for by the cabal, this commodity price fixing of both precious metals and currencies, that are equally commodities, is a serious crime which otherwise would have been punished.

The reason that commodity price fixing and especially currency price fixing is a crime, is that it results in market and economic manipulations that undermines national independence and sovereignty, which gives unjust advantages to some countries at the expense of others via the artificial manipulation of the value of their currency. 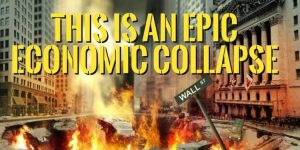 The Deep State cabal have planned the coming economic collapse, to be followed by martial law. Then the bankers and governments will recall all debts immediately, but according to plan and known from the very beginning, – most people won’t be able to pay and will be bankrupted. This will cause a widespread global financial panic, as the the Deep State Illuminati control the people through finances.

And, here is the beginning of the collapse, $305 Billion in debt to the Chinese Evergrande Company is now owed, it is just the tip of the iceberg when it comes to Evergrande’s total debts and derivative liabilities, which will drag down millions of their counterparts!

Only, stand alone assets will survive, everything else is about to be destroyed!

The whole monetary system is a huge Ponzi Scheme in their structure, the unanswered question is; are big banks scared of a whistle-blower coming forward to expose all the corruption, leading to a loss of confidence, or a crash of the monetary system, because many high-level bankers have committed suicide in recent years?

“Life as you know it, is a lie. Society is a cage, a matrix of deceit. Your job is voluntary slavery. Watching television is designed to keep you incapable of critical thinking and the very freedom and democracy leaders claim to stand for, is nothing but an illusion.”

All man-made debt instruments ever created must eventually be settled by Universal Law, for which an international gold treaty was signed in 2015. There are 210 sovereign nations that followed the pathway laid out by the Sovereign Elders (WDS). These nations can now participate and collateralise their sovereign hard assets to create new pools of development capital, to 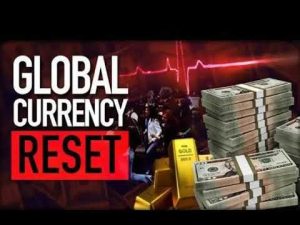 be activated in a new and improved asset backed digital QFS-financial system with benevolent algorithmic oversight.

The Deep State Cabal won numbers of battles over the last 9.000-years, but now, they have lost the war; and will never be allowed to return to oversee human affairs. Their days of devious, secret treachery and cold-blooded murder to replace opposing people with their puppets and stealing sovereign assets, will soon end for good. Watch this video from 2017, actual today.

If a country defaults on their sovereign commitments, they will automatically be absorbed into the QFS and their debts will be settled right on the spot. No longer will predatory international creditors be allowed to impose harsh austerity measures in an attempt to steal national sovereign resources.

WARNING; All banks will be closed for the coming time. Hopefully in two weeks-time thereafter, the new QFS will be operative. Keep extra food, water, cash, and gold/silver coins available at home.

economic Collapse, global reset, Gold and Silver be Money, Nature Always Wins, No Survival of the US-Dollar, the Free Market Defines the Value of Everything