Disclosure from the Council of Pleiadians

Message from the High Council of Pleiades

Finally, the time has arrived, to present some disclosures many have been waiting for. This has been a difficult but absolutely necessary decision as these disclosures will shock most of the populace and make those who are still asleep deeply, to wake them up from their illusion and can see true reality. 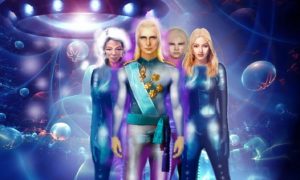 For the awake and conscious people, important changes are coming. Here is a look into the near future, to know that we are on the right track in our lives. Be assured, everything will turn out as originally planned by our higher extraterrestrial helpers, the Galactic Federation. This time, all the parameters are in place to ensure success, which is about to begin. It brings us the light for higher levels of action to remove all negative forces and totally cleanse planet Earth. In order being able to enter the new positively polarised world. This is a formidable undertaking, but ultimately triumph will be ours.

Most of you have no idea what is happening to planet Earth and have not understood or did not want to understand what this shutdown has meant for the entire Universe. Those people will and cannot not follow the ascension because they continue in the lower vibration until they have developed at least 4 Dimensional consciousness to be ready for their ascension into 5D. There are also those who do not want to believe in this shift for planet Earth and still want to live within their comfort zone. It is their choice and no one can question it because it is their soul that has decided that they need more time to develop spirituality for ascension to higher vibration.

Some clarification; The difference in Dimensions can best be explained as follow; In the 3rd Dimension people are only tuned to one single golf length on their radio, the 4th offers simultaneous two or three different golf length at the same moment, while the 5th offers a variety of widely different length that are available at once and can be tuned altogether.

In the coming weeks, extremely strong energies will be sent to planet Earth for which people need be aware and awake to understand what is happening. In order to absorb these energies even if they are very strong and they may feel like you are being pressed to the ground. It is important to try to survive and not give up, due to the extra drive of living in these energies. Our Lord wants you to be convinced and concentrated on survival by joining the ascension. It is a critical time in regards where we stand in our spirituality and vibration. Many of us Pleiadians are very tired after a lot of work for the Universe to discover which vibration brings spirituality to fellow human beings.

It will be a troubled time, but this time will be much more serious. It could be a difficult crisis in the form of food shortages or lack of money due to grocery stores and bank closings. Be prepared, soon there will come a wave of disclosures that do not offer peace but requires your attention to know about what you need to cope with for some time. Still, rest assured this time was predetermined and with all messages and warnings that have gone out in the media and other channels, it should not be something entirely new for most of you. The Earth is in a shift to a higher dimension and this means that many people will follow in this ascension to the fifth dimension and the new age in our new people regulated world. People who do not join this ascension because they cannot or do not want to, will remain in the lower vibration without noticing anything.

Our new world is set for continued development in spirituality, love and compassion. Trying to keep a high vibration is to be yourself and think lovingly and positively. 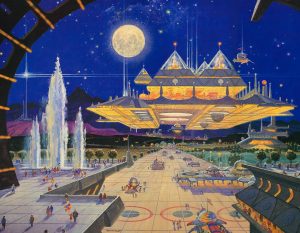 The origins of life on Earth go back much farther in time than widely is known, and still is lesser known as the episodes of human history. The first adventurous act began beyond the confines of this planet and traces down through star empires, galactic federations, when alien beings visited the then existing civilisations of Atlantis, Lemuria, Mu and those who have only started being discovered recently.

Back in the mid-1800s, a few scientists working from scant evidence decided there must have been a lost continent in the Indian Ocean and they called it Lemuria. On this lost continent, some even thought, there once lived a race of now-extinct humans called Lemurians who had four arms and enormous, hermaphroditic bodies but nevertheless are the ancestors of modern-day humans and perhaps also lemurs. As absurd this all sounds, the idea flourished for a time both in popular culture and some corners of the scientific community. Of course, modern science has long since debunked the idea of Lemuria altogether. But then, in 2013, geologists discovered evidence of a lost continent precisely where Lemuria was said to have existed and the old theories started cropping up once again.

In 1882, in a period of relative ignorance and disbelief regarding extraterrestrial matters, scholar Ignatius Donnelly wrote in his book on Atlantis:

‘The Antediluvian World’, “That the Gods and Goddesses of ancient mythologies were in fact kings and queens of Atlantis. This was a High-tech Pre-Flood Civilisation and founder of successive human civilisations and communities.”

The Deep State Dark Forces have been broken on all levels, the cleansing is still ongoing. 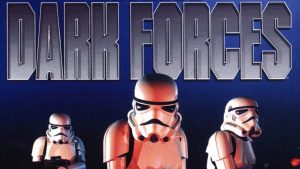 Great changes are coming to lift people into the higher consciousness of the 5th dimension as the light advances. The past time has not been wasted. Previous actions were necessary to put everything in the right place. To raise the planet to a higher frequency of resonance, to encourage people to move forward.

The battle of the Dark Forces against the Light is definitely lost. They will have to answer all questions in the end. No one will escape until justice is done. Their backs are literally against the wall. This time victory is ours.

We have a monumental task ahead of us to prevent the hidden forces of darkness from wreaking havoc when they all must accept defeat. If we look back, much has been done in the past years. Life on Earth up to 2012 has been seriously threatened.

We can receive help, but we must make the changes ourselves, for it is our planet. There is no more fear psychosis. Planet Earth will become a peaceful trouble-free world, where everyone can be relaxed. Be assured that our new era has already begun.

Better things are coming; our new lifestyle will be very different from the style of today. Life will be more varied and relaxed, we will have more time for ourselves, it will be a totally new way of life with very exciting changes ahead. Innovations that already exist, have been deliberately held back from us by the Dark Forces, who used those themselves. So far our life has been a struggle of survival, but is gradually being improved. New discoveries and ways of living will make our lives very exciting. All the changes that are coming are fascinating and will follow a certain path.

When you were born, you agreed to live your life according to a certain path in order to gain experience and knowledge, which will be decisively needed for the coming changes. Families will come closer together. Remember that certain experiences were necessary to better cope with these changes. In the end all will be well and as it was predetermined. This message came from the Pleiadians. For confirmation follow the attached video broadcast.

Initially, the Deep State Masters have surrendered on 9/9/2021. They were flown to Gitmo. On September 17, all countries should have signed the global peace treaty. In the month of October next a great revelation is expected.

All secret societies will be destroyed. In 1776, it was Mayer Amschel Rothschild, originally named Bauer, who corrupted the financial system to financially to enslave mankind. The Rockefellers created the medical system, which uses oil and other poisons, which are 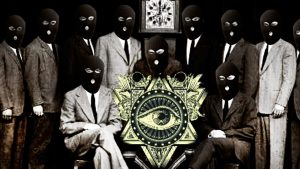 swallowed as pills. Doctors are not taught properly. After the entire medical university curriculum was confiscated, it is not about healing but about the distribution and sales of pharmaceutical products for profit maximisation.

The patented (Patent #567-6977) Covid injections contain AIDS, other diseases, and irreversible toxins to slowly destroy organs from within for sale of pharmaceutical drugs to permanently maximise their profits.

The world will switch from the Gregorian calendar back to the Julian calendar to correct a 5 day difference. The 33rd plane line on Earth relates to the 33rd degree masonic order. Evil churches like in Sedona Arizona are to be taken out. New cell phones will not radiate anymore.

This new era has already started. Better things are coming; our new lifestyle will be very different from the style of today. Life will be more varied, we will have more time for ourselves, it will be a totally new way of life with very exciting changes ahead. Most already exist, but those have been deliberately held back from us by the Dark Forces, who use them for their own purposes.

Global banking and money system will be abolished and replaced with the QFS system. All major banks will be closed down. Cash will consist of gold and silver coins. Houses will fall 70% in value and land 90%, to the price level of 1950. It will become easier to buy property. Spouses will no longer have to work. The working week will be reduced to 20 hours or less. People who do not want to work can still live comfortably and devote themselves to their hobbies.

In our new positive world that is dawning; only awake people into the 5th Dimension of 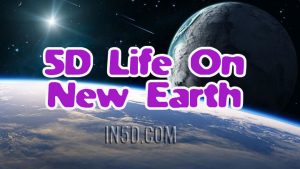 consciousness will be allowed. There will be no rulers; all of us together will manage our own living and business. Period!