The Truth Sets you Free

Negative-minded beings have no compassion and love. They worship Satan instead of God. These beings have no respect for planet Earth, and even less for life on it. They are evil ET races including, among others, the Anunnaki, Draco and Grays who have been terrorising our planet for 500,000 years. That is why well-intentioned ET beings have recently landed on this planet and are flying through our skies in large numbers.

In a negative world, it is easier to deceive people than to convince them that they have been deceived. – Mark Twain

It is important to provide a version of the truth that reflects the new reality and is plausible to the logical and emotional mind. In today’s version of the truth, much has been distorted by withholding crucial knowledge. This creates only a limited reality with little depth. 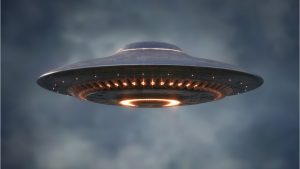 Extraterrestrial beings exist in their worlds just as we do in our world on Earth. But they are many times more and extremely well-developed, awesomely superior advanced than we are. There is no need to be afraid of them, they have never harmed anyone.

No matter what story the mainstream media and our government try to teach us. Extraterrestrials exist and they are peaceful beings. Their civilisation is based on love, compassion, empathy, integrity, wisdom and spirituality.

They never oppress, attack or threaten any country or race. However, there are Exterrestrial races that are not benevolent or neutral. These have been active on our planet for hundreds of thousands of years. They have taken possession of our planet to mine gold and have enslaved the human race to do the mining and the work for them.

They are negative beings, devoid of compassion and emotion. They are Luciferians who worship Satan instead of God. These beings have no respect for our planet, and even less for life on Earth. They are evil ET races including the Draco’s and Grays who oppress and terrorise us humans. That is why well-meaning ET beings have come to our aid, flying through our skies in great numbers.

They have been there for many years and their numbers are growing daily. They are here to unfold human consciousness, to guide and awaken mankind. They can make their spaceships visible or invisible as they choose.

Humanity on Earth is going through an unprecedented shift in frequency, and resonance. Exterrestrials are here to assist us worldwide with the transition to higher ascension. It is a Spiritual evolution leading to the liberation of humanity. This is a process like no other event in history that has taken place in the universe so far.

It is necessary to know that these out-of-this-world visitors are our brothers and sisters from the stars, our family of light. Family always shows up when you need them most. It cannot be emphasised enough that these are very loving and peaceful beings, highly spiritual from extremely advanced nations. They are groups from different star bodies that work together to help earthly humanity. They are united as a group in the Galactic Federation. 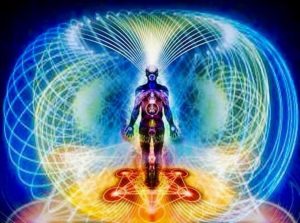 The Galactic Federation is the group of advanced spiritual beings who watch over the evolution of consciousness and sentient life for ascension to Gaia. To explain; Gaia is the ancestral mother of all life in the Universe.

Although numerous different space races exist. Five main groups of higher beings are now present on our planet to assist humanity. They come from different Galaxies, they are human races with different human characteristics.

The Galactic Federation consists mainly of the following five Star Nations; Pleiadeans, Andromedines, Serians, Arcturians and Lyrans. These are all highly developed spiritual beings from different worlds who work together as the family of light.

All these groups have solid connections to planet Earth, and therefore have heard our call for liberation from our tyranny and oppression. So, they have decided to step forward to watch over the evolution of planet Earth and its peoples.

Are there still people in this world today who cling to the limited belief that we humans are the only ones who exist in the universe? There are about a hundred times a hundred billion stars in the Universe. Think about that.

Since 1945, dozens of reports of UFO activity have appeared reporting that they flew over nuclear facilities. These unidentified flying objects, UFOs, have manipulated and neutralised the operations of nuclear missiles.

In December 2009, a pyramid-shaped UFO was seen in the early morning hours by several witnesses over 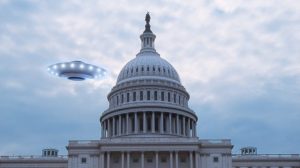 the Kremlin in Moscow. Exactly the same UFO was observed in Washington DC during the early morning hours in December 2018 above the Pentagon. Four different observers recorded the phenomenon from four different angles. How could such huge unidentifiable pyramid-shaped objects hover for hours above the most secure political and military installations, without any military interference and media attention?

After 14 days, the Air Force was called back, never to make another attempt to fight even one UFO. The exterrestrials have technologies that make us look like toddlers.

Most importantly, they are peaceful beings. They are not here to harm anyone, but laugh at our attempts to harm them and see it as an invitation for a little non-violent entertainment in the sky.

Why would they monitor our nuclear facilities and neutralise missiles with death and destruction if they were not peaceful beings, watching over the evolution of mankind? They protect us from self-destruction or destruction by our governments. This is why the Galactic Federation is with us now.

Why did they fly their spaceships over the Kremlin and Pentagon without any further counteraction? It was a clear warning to the Deep State cabal leaders on Earth. With the message;

“We are here. We can demonstrate our spaceships and make our presence felt at any time we choose. Do not cross the line. We will protect humanity.”

It is now 2021. The Galactic Federation is also present on Twitter and will soon become mainstream. They just want to find out how those who own the media will twist this news to instil fear in the population in order to fulfil another devious plan of theirs.

But, meanwhile, the Galactic Federation is sending a message to humanity:

“Whenever you need us, you can call on us by using your intention and free will. We are here with you. We love you. We are your family of light.”

You didn’t think the world would go on forever with slavery and oppression, did you? A new 5D-earth is coming. Welcome to the Age of Light.

The cabal is powerful when they can cloak us in darkness. For, the true revelation of extraterrestrial life would have inevitably led to the revelation of the true origin of the human race. If you intend to control someone, keep them stupid and make them fearful.

It is because humanity on Earth has never been abused to such extremes as it is now. It is necessary to understand who these beings are that control the mysterious planes. Unfortunately, for a long time we have lived in supreme arrogance, thinking that we are the only living beings in the universe, only because those who rule planet Earth decided that they should be more powerful than us.

The media was instructed to create a fear-based story every time and to distort the truth in order to use this subject to their advantage. UFOs have always been around, but never has there been more activity than there is now.

These UFO revelations have not yet made it to the mainstream media, and many are wondering in what direction this will unfold, what other stories might be made up? Only to keep government leaders and mainstream in the saddle! 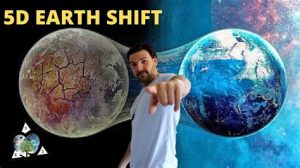 Wake up people the power of the cabal is broken. We, the awakened, have more  power and better intentions for humanity and planet Earth than the negative beings who have oppressed, terrorised, kept us poor and abused us as slaves for 500.000 years! That is over as of now. The awakened rise up and unite to enter and build the New 5D-World together, with great gratitude and affection for our Exterrestrial sisters and brothers.

The Light has won where everyone creates his own reality. The fate of humanity is now decided. Only positively minded beings will go on to the 5 Dimensional New Earth. It is expected that everything will be completed, cleared and settled between 2025 and 2030.

No outside interference can affect progress. Clearly, now the most decisive moment for humanity on Earth has arrived. The Light has won, that is what is going to happen in the coming days.

UFO Disclosure Is Coming To The Forefront Of Human Consciousness…