A Brilliant Act for Self-Destruction

An Enemy that destroys itself

The Deep State has almost disappeared from our scene. The banking system is about to implode, election fraud is being publicised, the MSM is being disbanded via the EBS. There is no way back. We the people, the patriots, the Trump Team and our alien Brothers and Sisters will soon reap total Victory.

The situation we are now in can best be compared to a gigantic cruise ship loaded with Deep State cabalists and puppets that is boarded in the mid sea by the patriots to remove the captain, his officers and crew, after 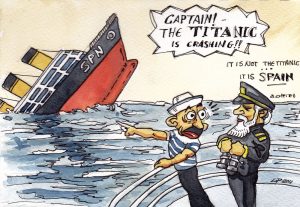 which the cruiser sails on at full speed without control. The puppets run around not having a clue what to do, taking countless uncoordinated actions to save their own souls and line their pockets with everything of value. Nowadays, humanity finds itself in exactly this situation. Soon, as happened with the Titanic, the passenger ship will hit a rock and perish with everyone on board.

This is the most brilliant strategy to defeat an enemy, by destroying themselves. And that is happening right now, watch it and enjoy this show.

Our liberation is being achieved by our tyrants themselves.

Only those who have learned their lessons in the school of consciousness are able to complete their ascension into the 5-dimensional world. It is your consciousness that is the password to open the 5D gate!

The teaching has either opened or closed the path of ascension for your soul. This is a very personal and individual task. Remember; nothing and nobody will decide for you. That is the guarantee you have accepted for your admission to this School. There are only two ways to proceed from here;

By choosing the path that leads you to the 5D-Portal; which implies unconditional love, compassion and respect for everything and everyone. With help, commitment for good cooperation, pure intentions, empathy and care for other receptive beings.

The other way is the path of; competition, destructive criticism, egoism, disbelief and above all, greed. control, power, gossip, lying, deceit, malicious intentions and preaching at low frequency. Actions that put the locks on the Gateway to the Fifth Dimension, which means you will remain in the 3 D world of today.

There will be no judge to judge you. There will only be a meeting of you with yourself. Remember; your awakening is the password that opens the Portal to the Fifth Dimension.

How to ascend from the 3rd to the 5th Dimension is explained in The School of Souls, by Vital Frosi;

A Higher Plan governs the world

The Divine Plan for Planet Earth will be carried out according to your designs. It wasn’t for lack of warning that anyone could argue that they didn’t know anything. About 100 generations have passed since Sananda himself became the Planetary Christ, incarnating among humans to announce the End of this Cycle. He is the Ruler of this Planet since the entire Galaxy is His creation.

Duality was the central axis of the teachings in this School of Souls. I have written here so many times about its purpose and how a Super Soul defragments so that a Fractal of yours will pick up the learning, which will then be integrated into its higher version at the time of ascension. A fractal is a subset of Euclidean space with a fractal dimension that strictly exceeds its topological dimension. Fractals appear the same at different scales.

Polarities are the extremes within each situation; each action; each 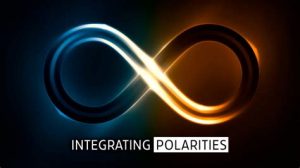 decision and choice made by each of the embodied. Every action always generates a reaction. And this is the beginning of all learning in this school. There is no mistake because in all possibilities there is always a result that leads to learning.

The secret of this incredible earth school is to find the key to ascension. It can only be found when the consciousness is actually expanded enough to understand every lesson presented during successive incarnations.

Ascension, by definition, is the path of those who are choosing to consciously step into a higher level of light. 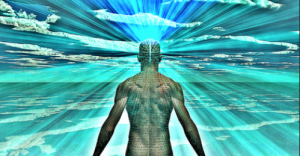 This Cycle closes in the present time. Transition to a Higher Dimension is allowed only for those souls who have understood each lesson within the broad predetermined curriculum. There will not be a single soul who can say they did not have opportunities. In each incarnation, new soul plans were always allowed so that all possibilities could be experienced. – Reality could have many more dimensions than the familiar ones.

To claim that darkness has compelled us to any act or action is a childish excuse to evade responsibility. Walking the path of the common good has always required extreme effort and dedication. On the other hand, facilities for deviations from righteousness have always been offered at every turn.

In this final time of the Ancient Cycle of Atonements and Trials, there will be no Judge to judge You. There will only be an encounter of You with Yourself. Your consciousness will be the password that will open the Portal of the Fifth Dimension. It will lift the veils that have clouded it for all these millennia, and for a while, not long, you will remember your vast resume. You will remember every act or action of not only this present existence, but of all past lives.

It will be at this moment that your consciousness will say, promise! or, fail! In this moment you will be alone! No one will condemn you or decorate you. But you will feel that it is truly over. It is the end of a time! and it will be the beginning of a new cycle.

On the contrary, for those who have not completed the apprenticeship, an excruciating pain will take hold of that soul, causing them to believe that an intense and unending fire will consume their insides, and the despair of failure will take over the guilty conscience. “And there will be weeping and gnashing of teeth.” So, this is precisely the moment predicted by the parable of Jesus Christ.

In some previous texts it has been said that no one will be helpless. After a certain time that will seem eternal, every righteous soul will be sustained in the love of Christ. Physical and non-physical entities will help, support, comfort and clarify so that they can follow in other similar schools. The love of the Father/Mother Creator is of such a high frequency that no being yet incarnated at this time can understand. No one is ever, ever helpless!

But the present moment is one of choices still possible. If before there were many paths within the possibilities, now there are only two alternatives: close or open a path.

All paths will converge into one. This one path will lead to the ascension of the souls of Earth.

If you open this path, you will be enabled for the Fifth Dimension, i.e. a World of Regeneration. You will leave the current world of trials and atonements for good.

If you close this path, the choice made will determine your exile from Earth.

Remember that nothing and no one will decide for you. This was the guarantee we had even before accepting admission to this School.

By choosing the path where unconditional love, compassion and respect for everything and everyone reigns, surely the destination will be the New Earth. Cooperation, help, commitment always focused on good, clean and pure intentions, empathy and concern for other sentient beings, will be the trail that will lead to the 5D Portal. 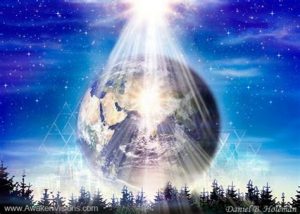 Competition, destructive criticism, selfishness above all else, greed. control, power as the only goal, backbiting, lying, deception, malicious intent and all low frequency preaching, will certainly be actions that will put real locks on the Gate entering the Fifth Dimension.

Opening or closing your soul’s path of ascension is a very personal and individual decision. For now, there is still some time, but it runs out quickly. After the trumpets sound, there is nothing left to do, let alone decide. But warnings have not been lacking and are still lacking. Two millennia have already passed and in these 20 centuries everyone has had an average of 20 reincarnations. Therefore, no one can invoke ignorance.

Look for the key to the 5D gate while there is still some time left!

Visualise your future by discovering the Truth