The great revolution has begun!

LEARN TO CREATE, LEARN TO HEAL

Rebirth of the New Earth

The dark Anunnaki Forces, who have had unrestricted freedom on planet Earth for five hundred thousand years, are now facing our helpful extraterrestrial brothers and sisters, our Light Forces, Digital Soldiers and Patriots, who through great effort, made progress to remove these negative forces from planet Earth for good.

It were these negative forces that sabotaged positive initiatives to make it impossible to break through this negative isolation. But this has now been definitively achieved.

The pandemic critics knew it all along, now confirmed by the head of the US health authority, Dr Fauci: The PCR test cannot detect viruses nor their transmission.

The entire pandemic, including ‘voluntary’ mandatory poison injections, all freedom-restricting measures such as wearing face masks, is based solely on results of the PCR test. These results should now be regarded as unsuitable as a basis for Corona measures and should be set aside.

Will governments and politicians react accordingly? – Clearly not. What does this mean? – That the “Corona Proclaimers” are a criminal syndicate who deserve the death penalty.

The sooner humanity wakes up to the lies and deceit, the better it is for all of us. Do not be modest; let this be a challenge for all to join in to realise our maximum potential.

Our physical body is “thoroughly poisoned and polluted” by radiation and air pollution, as well as by heavy metals and dangerous toxins through pharmaceutical drugs and food. All this is stored in the human organism, against which physical detoxification has become necessary.

The great revolution has begun! This process is unstoppable! Both from above and below the energies are coming together on earth. This is now; for many centuries the long-awaited moment. And then we will go on to the new 5D-World!

The Deep State cabal has been defeated, what remains are cabal puppets and their cronies, who will only be removed when the majority of humanity has woken up.

The sleepers must be able to convince themselves to believe and see who their real enemy and tyrants are. – That the Covid pandemic is a propaganda lie to wipe out humanity on earth. Until then, the already awakened among us will have to be patient.

For the many who have yet to wake up, remember that God is with you. Every human being has the respect of the Lord in him, therefore you don’t need to have fear, especially not for something that doesn’t exist!!! 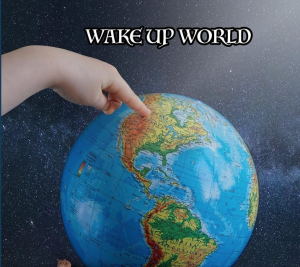 Realise that the new world is already a fact; the revolution has already begun right before your eyes. Wasn’t that also your choice originally? Start by forgetting everything you have learned in your life and forget it for good.

Have a totally new outlook on life, and discover the real truths. Have love for our new beautiful world with real freedom, that will bring you closer to the Lord. It is important to know that the worst of the evil is over and will never come back.

It is now everyone’s task to pass on this good message to all the people you know. Help them to increase their awareness and restore the faith that everyone has once possessed!

Our returning Exterrestrial correspondent Vital Frosi gives his view on this event below.

LEARN TO CREATE, LEARN TO HEAL

When the energies of the Earth raise their frequency, everything on the Planet proceeds as

we have said before. The process is independent of the will of the human race. All beings, whether animal, vegetable or mineral, naturally go along with this change, because everything is energy. This energy comes from the Light, which in turn comes from the Source, that is, the Cosmic Central Sun.

It is in the Source that everything is created, including the Divine Seed Atom, which is our True Self, or Higher Self.  Our essence is the same as that of the Creator, therefore we are creators.

We are taught that God, the Creator is an entity. This is not true. He is simply the source. He is the greater consciousness that emits its seeds to create and populate the Planets, the Stars, the Milky Way Galaxy and the infinite Universe.

I have written here before about the Monads and how they are fragmented into Spirit, Super-souls, Souls and Soul Fractals. This fragmentation is necessary because the Third Dimension Planets do not have enough energy to accommodate the higher versions of ourselves.

Remember that everything is energy, and therefore a very high frequency entity cannot pass over 3D Earth because it will destroy everything around it that it passes over. That is the reason and the necessity for souls to divide into Fractals in order to experience life and creation in the lower worlds.

Even though it is a tiny fraction, the human being on 3D-Earth is a consciousness. This consciousness comes there to learn and grow gradually at the furthest point from the Source. The path is always back home, in other words, ascension. As this consciousness expands, it goes up in frequency terms. 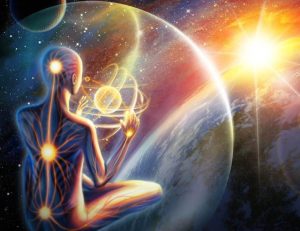 As the consciousness reaches higher frequencies, it becomes integrated with a higher version of itself, and this is called ascension. Now, the next step for humanity is to reach the lowest stable frequency of the Fifth Dimension.

The Earth, as Planet, already vibrates in 5D. Humanity is also gradually ascending. Many are already reaching 5D, and even 6D. Only a few manage to reach the frequencies of 7D. They only stay in these bands for a few moments, and then they return to the 4D frequencies and the already known 3D, and stay there for a longer period of time.

The secret is to stay longer and longer in the minimum 5D frequency bands. When this is achieved, the Fractal of the soul can consider itself as ascended.

With the greater amount of Gamma Light now reaching Earth, all fields of consciousness can expand rapidly. It is a unique time, never before experienced on this Planet. Such an opportunity will allow at least 1/3 of Earth’s current humanity to ascend to the Fifth Dimension for good.

All those now incarnated can ascend if they wish. But it requires an effort that varies in degree according to the current stage of each consciousness. But that is what is going to decide the number of ready souls.

The vast majority will make no effort and prefer to stay in their own comfort zone.

Ascending hurts. The old human must be broken down so that the new human can rise from the ashes. To ascend, is to be reborn. It is the rebirth of the soul that passes through the 5D Gate and enters the New Earth. And in this rebirth, the birth is natural. It cannot be by Caesarean section. The necessary effort must be made by each oneself.

This rebirth does not happen in one day or in one year. We had our whole present existence to do it. This is also the last incarnation within the 3D duality. With dis-incarnation, the consciousness that ready is for it, will return to the New Earth and not risk losing the chance to inherit the New Earth.

Many have already come with the Soul Plan into this present incarnation, without the need to de-incarnate, and will ascend into physical bodies, so that the Earth will not be uninhabited for some time.

On the other hand, those who dis-incarnate without the frequency of the New Earth are taken to Worlds that are still in the Third Dimension, according to the frequency of each consciousness. This is the separation of the wheat from the chaff, foretold by Christ Jesus Himself.

So we are at a unique moment, never before experienced on this Planet Earth. These are times of ascension of souls, thus the planetary Transition. There is a lot of light coming in now and it is strengthening everything here. Including our psychic and mental forces of co-creation.

This collective power is becoming more and more accentuated, and can either speed up or slow down the final timing of the changes within this Transition. Do not underestimate your individual power, for it constitutes the collective of those who have the same thought.

It was this collective force that determined the change in the timeline of the Earth in 2010. A small part of awakened human consciousness was enough to determine the no to the weapon. The more you raise your consciousness, the more power it has.

You must also understand that all your strengths are enhanced in the same proportion as the expansion of your consciousness. Especially in connection with basic needs, such as healing for example. You can become a potential healer. You can heal yourself. You can heal other people. You can heal animals and even plants. 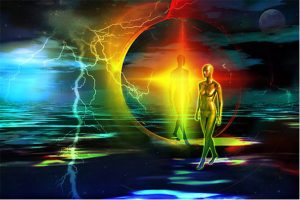 You can calm a storm. You can intercede on behalf of everyone. You can determine your future; your relationship; your profession; even your destiny. Do you really want a Fifth Dimensional World or do you wish to remain in this world that is already an old one?

It only depends on the energy and frequency you create. You are the Creator! You are the Healer!

Christ Jesus said in His time, when He performed the “so-called” miracles, “All this and much more you can do by yourself!”

The various episodes of human history on Earth have arisen through the succession of extraterrestrial and beyond-extraterrestrial colonies exerting their territorial and cultural influence on planet Earth. Historical archives contain many answers to questions often asked ‘who we are’, ‘where we came from’ and ‘how we evolved’ to become the beings we are today.

About a million years ago, the Galactic Federation worked closely with the High Sirius Council to serve as a Guardian race to help keep the reproduction and evolution process on planet Earth at the lowest density, which today is called the first Harmonic Universe on the three-dimensional timeline.

The origins of life go much further back in time than is commonly known – and still less known – as the episodes of human history. Its exploits begin beyond the borders of this planet and originate in star realms, galactic federations, and extraterrestrial civilisations of Atlantis, Lemuria, Mu and others that are only now being discovered.

Much more is known about the beginnings of our more ‘recent’ civilisation that began about 6000 years ago with the Sumerians in the land of Summer, now known as Syria and Iraq. It is amazing that so much information has recently become available about this episode in history. The late great historian Zecharia Sitchin expressed his admiration for the countless people who have never been believed about the ancient knowledge they have recorded; 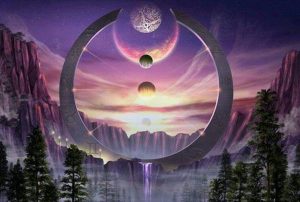 The various episodes of human history on Earth have arisen through the succession of extraterrestrial and beyond-extraterrestrial colonies exerting their territorial and cultural influence on planet Earth. Historical archives contain many answers to questions often asked ‘who we are’, ‘where we came from’ and ‘how we evolved’ to become the beings we are today.

About a million years ago, the Galactic Federation worked closely with the High Sirius Council to serve as a Guardian race to help keep the reproduction and evolution process on planet Earth at the lowest density, which today is called the first Harmonic Universe on the three-dimensional timeline.