Lies, counterfeit money, corruption, greed and human folly. The scale of these faults is enormous. Big enough to paralyse the financial well-being of nations and the financial stability of the world. It is getting very unpleasant for the big banks. 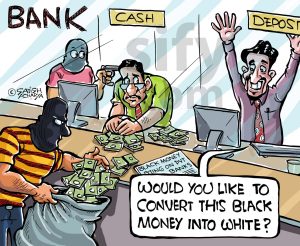 The prices of many bank shares are showing a clear downward trend, especially those of European banks. Many are swamped by unsecured loans that will never be repaid and therefore have to be written off as losses.

Despair is growing as the tide inevitably turns against the established order, with economies around the world noticeably weakened, while the financial structure becomes more fragile by the day.

People go to bed on Friday and on Monday morning, when the markets do not open, until they do, is the reset, or the beginning of it. That is the moment that is being waited for. Read on to the end of this article to understand what is to come.

The experiment of the central banks has been a huge failure. And yet it looks as if low interest rates will not disappear any time soon. Further continuation of this failed policy will not restore the economy. It will only push it towards a huge crisis.

Inflation is money depreciation, which damages the fabric of society. When central banks print far more money than is saved, the result is inevitable inflation. The more they print, the more capital is available for institutions – central banks – to invest and the more money chases fewer goods. 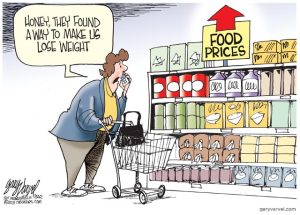 This creates massive asset and consumer inflation. Then central bankers buy paper assets, such as bonds, stocks and real estate, to prop up economies around the world. To avoid an immediate currency escape, as happened in Argentina or Zimbabwe.

This asset inflation has created an artificial boom through investments. This “financial boom” is a fallacy of historic proportions. Nobody knows exactly when, but eventually the world will lose faith in the ability of central banks to keep markets afloat.

Food inflation is in many cases as high as 10 – 20%. Accurate figures are not published. Instead, reality is hidden from citizens.

It is even more important to know that tens of billions of printed dollars, euros and yen did not end up in the real economy. They were meant to prevent the bankruptcy of banks, that money stayed in the banks to restore their balance. In fact, these trillions were used for the bankers’ own profit. 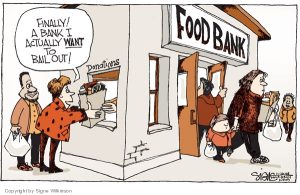 Despite the massive injections into the banking system, European banks are now more vulnerable than in 2008. While the US banks are in an extremely worrying condition when derivative positions, which have little or no real value, are factored in.

If these assets are included, the inflation rate is many times higher than it appears at present. Only a small minority have benefited from this, without benefiting the world economy, but worse still, these created bubbles in stocks and bonds have become absolutely unsustainable. Moreover, according to honest measurements, more people are now out of work than are participating in the labour process.

From a wealth preservation point of view, now is the last chance for savers to buy physical gold and silver, or to replenish their stock. In the coming period gold and silver will cost many times more per ounce than today.

Gold and silver markets are guaranteed to rise when the influence of price manipulation disappears. Precious metal prices will then regain their real market value.

All over the world there is not enough money available to finance this crisis. The prices of many basic goods have risen noticeably.

For example: Fuel prices including petrol and diesel have doubled since last year, experts predict further increases. Timber prices have risen by more than 180% in the past year. Copper and other industrial metals have shot up and are now at the highest level for ten years. It is even starting to hit healthcare. The cost of insulin has recently risen to over € 2,000.

This is frightening news, considering tens of millions of people have diabetes. And almost 100 million more are pre-diabetic. But what frightens most is the rising food prices. According to Bloomberg:

It sounds exaggerated. But rising diesel prices increase the cost of transport and fertilisers, which cause the price of food and cattle feed to rise.

This guarantees that people will have to pay more at the supermarket in the near future. 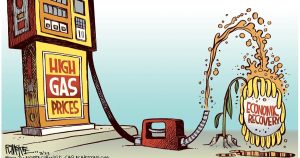 The bottom line: If food prices continue to rise, it will become downright frightening for millions of people, because large increases in food prices will lead to social unrest.

Study after study throughout history has shown that social unrest and violent riots inevitably follow large increases in food prices. So, as citizens of this world, pay attention to what is about to happen.

Governments around the world are living in a fantasy world. It is we the people, who ultimately pay this increased bill. Experts predicting the collapse of the housing bubble point to the fact that this is the 1920s German route to hyperinflation, which is almost identical to what is happening now: Then, it started with the failure to pay adequately for war damages.

If you have ever wondered how the massive money printing scheme of central banks can cause the ‘hyperinflation spark’, understand that it usually starts abroad.

“China’s economy in 2014 is strikingly similar to the American one of 2008: Both were fuelled by real estate speculation, both speculative bubbles are the product of cheap – ‘it can’t run out’ shadow banking financing.”

“The point at which debt maintenance becomes unsustainable, while there is no reserve shelter large enough, to absorb the losses.”

“The problem with government debt is growing so large that when the time comes for the Central Bank to raise interest rates, they will be very reluctant to do so and so inflation begins to accelerate.”

“Hyper liquidity can become hyperinflation through the circulation of money in a crisis of confidence about the currency. Therefore, hyperinflation will become a currency motivated event.”

Notwithstanding, most economists say this will not happen this time. They make this claim because they believe central banks have the capacity and foresight to prevent it.

Consumer purchases have fallen, which means that this money is not yet in circulation, and is being used to pay off debts or is being saved, as it is clear that no one is investing. Sooner rather than later, this money will come back into circulation, and in all respects, this will start the period of hyperinflation, which means – a lot of money chasing fewer products.

Regarding COVID and the great financial crisis bailout, then the people were sacrificed through taxes and uncovered deficits by issuing new paper Reichsmarks, today dollars/euros, etc.

The only difference is that Germany had a real war then, and now it is a war against a fake pandemic. Which is nothing but a collective collapse arranged by the DS masters to deliberately bring the world to its knees, through lockdowns and COVID19 inoculations called vaccines.

The situation is no better for small businesses. Remember that small businesses are the backbone of the economy. They provide almost half of the country’s economic activity and create two-thirds of new jobs according to a 2019 study. A recent report states that 88% of small businesses have still not returned to pre-COVID levels.

Many businesses have borrowed money to stay afloat in 2020. Corporate debt has never been so high. The lockdowns have also taken a heavy toll on people’s mental health. Many admit to suffering from mental health problems, with nearly 50 million people taking antidepressants. It has gotten so bad that a spike in suicides is being seen across the world, especially among young people.

The world is heading for an alarmingly socialist future. The CDC’s recent guidelines on how vaccinated people can pick up their lives are no better than before, only the MSM enjoyed with the announcement:

“Vaccinated people can enjoy their freedom”.

Conclusion: the hysteria surrounding COVID is exaggerated and the reaction of governments is disturbing. In fact, many politicians have used the created panic for political gain.

It is time to pay attention to what your government is doing to take action accordingly by buying as much gold and silver as possible. 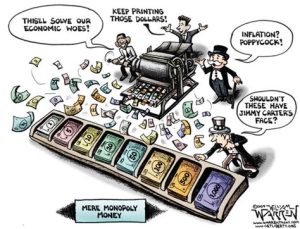 The problem with government debt growing so fast and so large now is that when the time comes, Central Banks will have to raise interest rates, and will be very reluctant to do so, and so inflation will accelerate.

Hyper-liquidity becomes hyperinflation through the increasing velocity of money, in a crisis of confidence of the dollar, euro or yen, etc., is that what causes hyperinflation; accurately, an event caused by currency manipulation.

Consumer purchases have fallen, which means that all the new money is not yet in circulation, and is therefore being used to pay off debts or is being saved, because it is clear that nobody is investing.

Sooner or later, the money will have to come back into circulation, and by all accounts this will usher in a period of hyperinflation, which means; too much money chasing fewer goods.

The Deep State Establishment is afraid of the movement and actions of the people, such as; ‘Stop the Fed’, and in fact; end all central banks. And that is exactly what is about to happen. And it is, by the banking system itself.

To make way for the introduction of the QFS money system controlled by the people. The patriot policy is; to let the enemy destroy himself and that is now happening in real time, before our eyes. Stock up on water, food and life necessities for a few weeks. 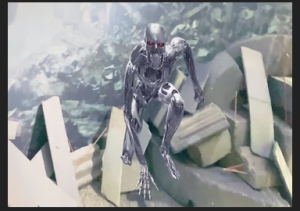 Awakening is breaking out all over the world. Awakening comes with a price. It may have been difficult and painful to get through the stages of awakening, to convince others. Challenging circumstances and conditions, by opening the eyes and minds of the sheeple, is even more difficult.

It is a struggle against time and injustice. The sheep are tossed to and fro with no idea of what is really going on, but are eager to get in line for their free toxic Covid injection, which has already predestined more than two-thirds of the population for an early departure from planet Earth.

When the truth is known, it is the awakened who must share this knowledge fervently and passionately. Not always pleasant, but a “must do” duty. The hour is late and the present time is shameful. Optimal awareness and quick action is required. There is no alternative.

Remember; Human consciousness is negatively conditioned to see only what sets us apart, rather than what binds us. Believe it or not, we are all very similar in all aspects. We may have different backgrounds and cultures, but we all have the same basic values in life. We all want to be free, healthy, educated, live together peacefully and have access to basic needs to sustain life and well-being. All we really want is to be happy and healthy together.