The Battle Against the Global Mafia is Won

Despite the usual complaints that nothing is changing, nothing is getting better, chaos is increasing, and so many other stories from those who have no eyes to see or ears to hear, this year 2022 will be 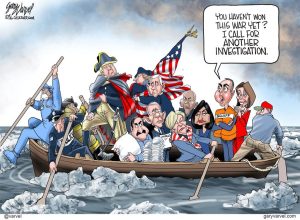 generous, especially to those who have done their homework by participating in the New Earth.

Change always comes from within, for which each person has his own key that initiates it. Waiting for someone else to do it for you will never come. And so the cry is always the same: “They talk and talk but nothing happens”. And in fact, for this type of person, nothing will change.

The battle against the world mafia was won a year ago, but convincing zombies of what has happened is impossible; they will have to experience it first, after the liberation of planet Earth has become a reality.

Below, Vital Frosi explains the upcoming major changes. Also why it all takes so long to realise. Remember; It is waiting for the awakening of the masses, for they cannot be convinced in any other way than by experiencing it themselves.

One of the great changes is the GESARA event that will prove to be a very important development in the history of mankind and will be experienced during our lifetime!

To the question when will this happen? Is the answer; when the masses revolt against the poisoning injections against a false Covid Pandemic. Or, due to high inflation, can no longer buy food to eat. Basta!

Planet Earth in 5D has a new positive dimension for Environment, Food, Happiness, which creates more jobs for saving and purifying planet Earth. The ‘turnover’ or gross sales metric is redundant, because spending money is just an illusion, just like the numbers regarding the value of shares, cryptos or real estate, etc. People are going to fulfil their true purpose in life, which unfortunately has been forgotten by the majority.

All peoples are going to benefit from GESARA. The Earth is one of the most abundant planets. There is more than enough gold covered money on Earth for everyone to be a millionaire without debt of any kind.

This enormous change brings a great transformation in the well-being of humanity. It brings visibly unmistakable feelings of bliss. People will feel healthier; those who are not awake will not know why. 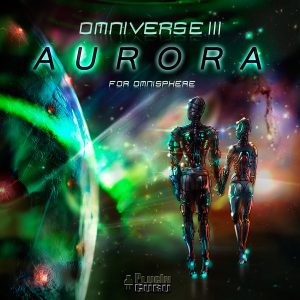 The bottom line is that GESARA is more than a financial event, it signifies a new era that is about to begin. Once it becomes reality, that will be the very final end of the Deep State Cabal and all its puppets.

The Cosmos is the Omniverse with its central Sun, which is the Source and Origin of Creation. Humanity and its sustainable development revolves around the Earth. It shows how beautiful our earth is. And what solutions there are to make our world a better place. With all the plants, animals and people who live on it.

For some time now, there has been talk of system change. Although many are not aware of it, the transition of last year is taking place at a rapid pace. More and more impulses of Gamma Light are arriving on Earth each day, and this new higher frequency energy is facilitating the change of everything on this Planet. 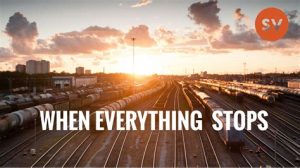 Universes are divided into galaxies, each of which also has its own central Sun, which science calls a “black hole”. And within each galaxy there are solar systems, such as our Sun, which in turn has planets and moons.

So the light received by our Sun every day is not just its own light, but is a mirror of all the other Suns that are higher than our Sun.

Since 2012, our Sun has started to receive a larger stream of Gamma Light from other solar systems. In fact, it is the central Galactic Sun that controls the dosage of this stream of light. Its task is to coordinate the frequency of every star and planet in the Milky Way.

As written in previous texts, in 2012 our solar system entered an octave higher in the galactic spiral. This repositioning results in a higher brightness factor. And this is why the Earth now receives more Gamma Light.

It is this Light that will enhance the planetary transition of the Earth.  When the frequency of Light increases, everything on Earth has to adjust. Mineral energies will have a higher frequency. Plants and animals will undergo the same change. And man cannot help but go along with it.

Frequency is a natural state that organises the harmonious functioning of everything on the Planet. So when we say that there will be a reset of the Old Systems, we are saying that none of what was there before will be there again in a short time.

Although the transition of the Earth has taken about 3 centuries, we are now in the final moments of it, and therefore all systems have to change their frequency.

When we renovate a house, the most beautiful part always comes at the end. The painting and colouring already begin. The arrangement of the parts and furniture already gives shape, and eventually order appears. Only after all this process can the residents enjoy their new home.

Our planet is our home. It is the home of this great family of souls who have incarnated on Earth. Those who have agreed to participate in the reformation will inhabit the new planetary home. Those who do not agree with the changes will have to look for another home that retains the former characteristics. They are not prepared for the changes.

The Creator respects the will of every human being unconditionally, without distinction.

But now let us talk about the necessary Reset. 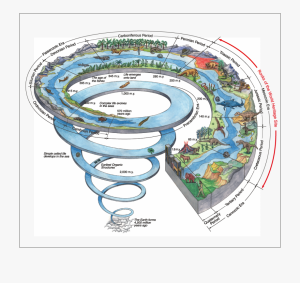 In 2010 the timeline of the Earth was changed. Based on the will and purpose of a significant part of Earth’s humanity, the Galactic Council, at the request of Gaia’s consciousness, decided on a smoother and calmer Transition.

I have written here before that the Armageddon timeline has been set aside. There is no reason to fear great disasters, not even the destruction of planet Earth.

This new timeline will determine the planetary transition in its final phase. We are in the final years of the predicted 3 centuries transition. It is time to prepare for changes in current systems.

Although most of them can be changed gradually, i.e. without interrupting their functioning, in some areas this is not possible. Therefore, short-term interruptions may occur. After the changeover, these systems return, in their new configurations.

Even if they are only a part of the current systems, it is very likely that they will be the most important ones, such as communication. We know that they belong to the arm of the controllers of humanity. This tentacle has always manipulated everything and everyone. And it will be the last bastion of resistance of the cold-blooded octopus.

There will be resistance from the Octopus side, but it will be in vain. Nothing and nobody can stop or halt the planetary transition.

There is no need to worry if everything stops. This possibility is very real given the resistance of the controllers to give in to change. At that time a new communication system will have to be introduced. But before that, the old system must stop functioning. This is the announced reset. 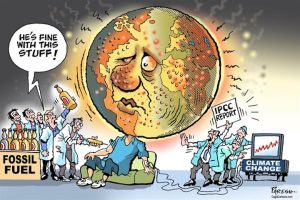 When everything stops, trust that no one will be helpless. It will only be for a few days, enough for the changeover. There can be no communication. Not even financial transactions, because nothing works in the old system anymore. No TV, no radio, no mobile phone, no internet. But basic services cannot be paralysed. If there is an interruption, stay calm, it will come back on its own.

And if everything stops, know that in reality change is happening. And then everything will start functioning better again. We will have free and clean energy. Free internet. New medicine for all ailments. New financial system. New communications.

New education systems will be introduced immediately. New systems of government. The list is endless.

Beloved ones! We are in the anteroom of the great amphitheatre of life. The great show, long awaited, will finally begin. It may take some earthly time, but everything is ready to be shown.

This current incarnation is the most important of all our passages on earth. We have come to be part of this great show. We have been preparing for this event for a long time. 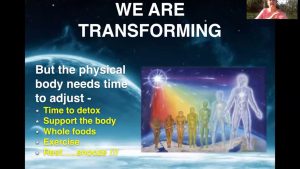 Now we do not want to lose our place in the gallery. After the change of the system, nothing will be the same as before. Then we will really have the big event.

The festival of light and colours will mark the beginning of a new era. After this event, we will experience a stunning shift in our consciousness. It expands so, that we no longer recognise ourselves, because what existed before will seem like just an act. We will laugh at our fears and the difficulties that have tormented us until now.

We will finally have contact with our brothers and sisters, our galactic families. Only then will we realise that our consciousness has finally entered the Fifth Dimension.

We will get to know our true history. Also the history of the Earth and the Stars. There will be no more veils to cover the consciousness, it will not only be limited to Earth, but it will also naturally navigate outside the solar system.

These times are coming! And when everything ends, know that it will not be the end, but the beginning of a New Age!

How to shift to a higher dimension