Strategy Behind State of Israel

King of the Jews

Achilles heel of the Deep State

Khazars own the world

It is high time to remove the Rothschild-Khazarian-Mafia including their controlled puppets within governments. – Once the masses begin to understand that every government official is mind-controlled – i.e. is a Monarch slave, warning of terrorists WHO actually are themselves. The masses 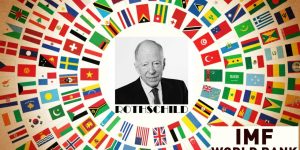 should wake up to this!

Until the masses rise up demanding that all Government officials, Banksters and Big Business leaders be arrested and put in jail, as they did earlier in Iceland, by not only repudiating the debts owed to bankers, but publishing it in the local papers, to let the world know that they were standing up and fighting for what was theirs.

Just by showing that victory is possible! As the farmers in the Netherlands show. Start spreading this message, through initiators on the internet. With as final result complete freedom for everyone. 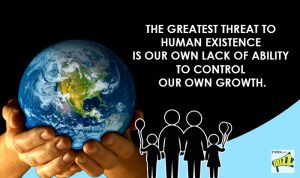 Wars are waged to gain possession of resources including oil, Iraq and Libya being two recent examples. Their objective is; no country should dispose of its own wealth in raw materials. Countries that are not served by the New World Order and stand up for their own sovereignty are razed to the ground.

For centuries, inventors such as Leonardo de Vinci and Nicolai Tesla produced devices to harness free energy from the Earth’s magnetic field. The patenting of these inventions was the biggest mistake, as a result of which these inventions legally belonged to the government. This meant that authorities legally owned the invention, and could therefore prevent it from becoming available to mankind.

International bankers and oil cartels control all governments. They oppose free energy technology because it is a threat to their “fossil fuel” energy empire.

King of the Jews

After WW2, a new political situation arose in the Middle East. The UN – owned by the Rothschild Mafia – decided in 1947 to partition Palestine to establish a Jewish state in an Arab state, whereas Palestinians had previously controlled the entire country.

Due to created compassion for the Jewish people as a result of WW2, Zionism took shape in 1948 through diplomatic terror by creating the state of Israel. 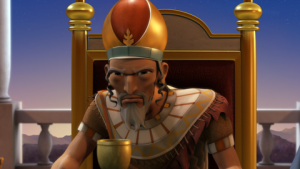 Rothschild family is in fact the fundamentalist leader of Zionism. The Israeli parliament, the Knesset, is financed by the Rothschilds. In Jerusalem, a street is named after them. They are considered to be the royal family of Judaism, with the addition of ‘King of the Jews’.

The establishment of the State of Israel in Palestine was a crucial programme of the Global Mafia, realised by WW2.

The power elite want to introduce the New World Order from the state of Israel for their absolute world domination.

Through their networks, stolen money of citizens, and violence, the power elite has infiltrated all power structures in society. All over the world, they hold key positions in all important areas of government, industry, trade, media, finance, economics, science, religion, education and so on. To manipulate all peoples in their world dictatorship.

The highly secret plans for the New World Order have been leaked thanks to the Internet. – The Jesuits and the Illuminati are experts in secrecy and have developed and implemented a system to guarantee secrecy, so that no one will talk.

To this end, the Monarch Total Mind Control Programme was developed and introduced by the Auschwitz executioner, Josef Mengele, one of the greatest criminals of the twentieth century, and part of the occult hierarchy that seeks total world control. Set up to enslave the human race worldwide. 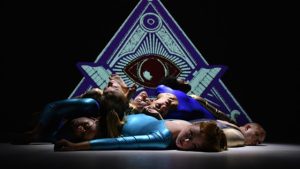 This programme uses mind-control methods to turn people into robots – so-called Monarch slaves – without them knowing it, they are subject to their controllers. These slaves are used at the highest levels in government, business, finance, churches, science, educational institutions, and many other organisations, which influence the daily lives of citizens.

The brains of Monarch slaves are programmed step by step as in computers, to control their psyche and behaviour. All public and prominent figures are Monarch slaves. In this way the world is controlled from behind the scenes.

To make sure that motives and secret orders are not exposed, all officials in important positions are Monarch-programmed personalities. So also all current leaders as known to many!

The use of unprogrammed ‘normal’ officials has the risk that secrets are betrayed. Only by consistent deployment of programmed government and business officials can plans for the introduction of world dictatorship remain secret.

For example, a select category of Monarch slaves has helped build the largest empire ever, for the Jesuit – Illuminati directorates, in the past sixty years. This empire is based on deception, fraud, economic manipulation, violence, torture and wars. Monarch slaves are in fact economic hitmen!

There is another type of Monarch slave, which are programmed assassins and spies. They are used to do the dirty work, so that it is extremely difficult to reveal the real culprits behind the scenes. Some examples of Monarch Slave murders are:

“We owe it to the CIA and the military that LSD is for sale. They use LSD to influence people. They gave us freedom. Read what the government says about it!”

Some serious questions to think about; Why do we let others tell us what we can and should do; aren’t we all equal? What is the purpose of government? What does government cost and what are the benefits?

Governments visibly do not act in the interest of the country and its citizens as they are supposed to do. So there is something wrong, below is the how, what and why:

The most powerful families within the Archon bloodline, secretly control all satanic cults and sects, they manage next to the military apparatus of the US and NATO, also an army of satanists who, through influential corporate and government officials, make sure that all the ‘wishes’ of the Jesuits, 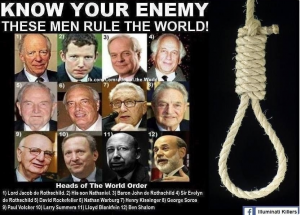 Once enlisted in this army there is no turning back, treason is punished with death. Remember that dangerous satanic methods exist, which are part of the secret cabal conspiracy, these satanists enjoy the suffering of their victims. As a reminder; the Vatican banker, Calvi ‘banker of God’ did not obey, his life ended hanging under Blackfriars bridge over the Thames in London on 18 June 1982.

These powerful satanic families, such as Rothschild, Rockefeller, Warburgs, and their puppets; Kissinger, Bush, Netanyahu, Clinton, and lapdog Blair, are at the head of Satan’s hierarchy and form the ‘Kingdom of Satan’ on earth.

They are the vanguard of the anti-Christ movement, they demand absolute world domination, by overwhelming it with catastrophes, such as the 9/11 attack in New York, Paris on Friday the 13th, to be carried out under massive publicity.

In Paris, as with 9/11, Charlie Hebdo and the Boston Marathon attack, the media had been informed in detail in advance and had their approved articles ready by the time the attack took place.

There was no investigation, no questions, only the media simultaneously published the pre-edited official story. And what’s more, the perpetrators left their ID cards at the scene to facilitate a quick chase.

Awake people, were aware that these were false flag operations, to scare the people and keep them under control.

Thanks to a communication gap, reliable information was obtained on how such terrorist attacks are orchestrated, in order to maximise the number of victims from different nationalities. Thus, an important “live” experience was published in the Mexican media; it clearly indicates that the French government created “victims” who were murdered by authorities during their detention.

Their latest trump card is the new World Leader, who is playing Satan over the sinful world. The media, owned all over the world, is already prepared to manifest ‘him’ as the great hero, the saviour, the redeemer, and the prophet of the world as the reborn Christ, who holds his headquarters in Jerusalem to rule his world empire from there.

Legally immune, governments conduct false flag operations against their citizens. Moreover, governments initiate many never-ending wars, it should be obvious by now how the military-industrial complex, supported by their warlord-banksters is used to finance their war operations; swindle the stock markets, bond markets and commodities.

Achilles heel of the Deep State

The world monetary system is controlled by the cabal, through the US dollar reserve currency, which is now on the verge of collapse.

The Deep State, operates through organisations like the Council on Foreign Relations, the Trilateral Commission, the Bilderberg Group, and institutions/agencies like BIS, IMF, UN, Central Banks, Too Big To Fail banks, and more.

The Netherlands, is their test kitchen and plays an important role in it. That makes the action of the Dutch farmers recorded here on video all the more impressive. 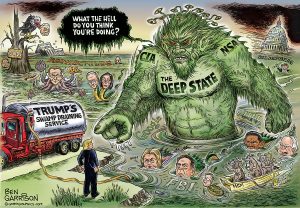 People stand up for their rights and freedom like these farmers do for their land and people. A great example that deserves to be followed everywhere. Spread the word and join in.

Many readers ask when the breakthrough will finally come. No one on earth can answer this. The oppressors who have controlled and oppressed the people on earth for 500,000 years must destroy themselves. And that process is in full swing. As soon as the monetary system collapses, will be the signal of their demise.

Given the economic situation, the collapse will not be long in coming. Patience is a beautiful thing. The most important thing is that the Lightworkers and Patriots have won the battle, and Victory is assured and imminent!

Achilles heel of the Deep State, Archon bloodline families, Control over world population, Khazars own the world, King of the Jews, Monarch slaves