Money backed by debt is a crime against humanity

Lies, counterfeit money, corruption, greed and human folly. The scale of these folies is enormous. Big enough to cripple the financial well-being and financial stability of nations worldwide. It is becoming particularly unpleasant for the big banks. Bank share prices are showing a clear 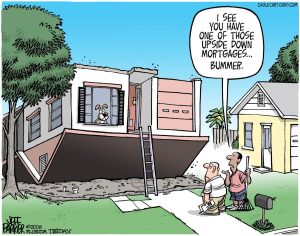 downward trend, especially for European banks. Many banks are awash with unsecured loans that can never be repaid and must be written off as losses.

With economies around the world noticeably weakened, the tide is inevitably turning against the establishment and the despair of the cabal is growing. This makes the financial cabal structure more vulnerable by the day.

People go to bed on Friday and on Monday morning, if the markets do not open, until they do, that is the reset, or the beginning of it. This is finally the moment the awakened have been waiting for. Read on to the end of this article to understand what is to come.

The world is about to see the final chapter of the biggest real estate shake out in human history. One of the classic rules of bubbles is that they usually deflate to at least the level at which they started – and often a little lower. 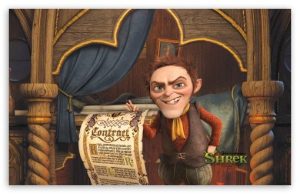 That means that “house prices should fall 80% to 95% from their current highs. House prices may fall back to 1950 levels. As a result, 80% of houses would end up in negative equity territory. The number of defaults and foreclosures will increase.

These economic components together form the perfect storm that is raging through today’s economy.

The last of the greatest generation of spenders in history – the prosperous baby boomers – are leaving their best spending years behind. Deflation will increasingly become the dominant trend as the economy slows and debts rise.

The consequences of these events lead to one thing: a severe tightening of credit – and write-offs of tens of trillions in loans and receivables. That means less money in the system – less spending – less demand – falling prices – and ultimately: Depression and deflation.

This is reality of the cabal economy and the most likely path it will follow, based on historical and empirical research.

People all over the world have taken it for granted that money is a worthless piece of paper, an absolutely insane collective delusion forced upon them to believe.

Hundreds of years ago, travellers accepted banknotes called traveller’s cheques because they believed that the banks issuing them had a good reputation. Once these cheques were presented at a local bank, they would receive the notes back in the local currency, with no central authority to authenticate them. But today, people do not think this way. They believe that a government is needed to ensure the value of money.

But real money is based on natural characteristics, such as intrinsic value, durability, divisibility, uniformity, portability, scarcity and public acceptance. These characteristics are essential for a medium of exchange to function as an honest standard of payment, which is not the case with currencies issued by central banks.

Once established, Rothschild money changers transferred the valuable energy of labour from the people to themselves.

Money, created out of nothing and backed by debt, cannot and does not buy valuables, it is a fraud. As long as the illusion exists that “debt money” has value, and the sheep continue to consent to this illusion by participating in it, they will not be freed from their debt slavery.

When people wake up and realise that most banks are not only bankrupt but also corrupt, they will switch en masse to gold as a means of payment, just as they have done before for centuries.

Money backed by debt is a crime against humanity 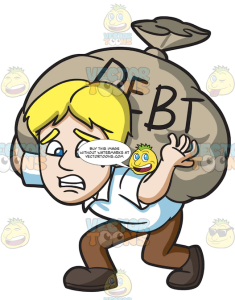 In today’s society, people all over the world have taken for granted that ‘paper’ is money, but this is a nonsensical collective illusion that everyone was forced to believe. People thought that a government was needed to ensure the value of money.

Unlike central bank issued currency, gold has always been valuable; today’s debt money is someone else’s burden, backed by unreliable promises that ultimately cannot be kept. Money is the opposite of debt and therefore money cannot be secured by debt. In other words, it is a crime against humanity. Invented by Mayer Amschel Rothschild and built on the fact that money is a flow of energy known as currency, generated from the combination of raw materials, goods, services, and labour of the people.

Thus Rothschild gained a monopoly over all energy flows on planet Earth. A globally supported slave labour system based on debt money issued by their own central banks, infiltrated into every government and country.

The flow of money designed to return to them provides a rock-solid opportunity for complete financial and economic control.

By controlling the money supply and bribing governments, they have made their worthless debt money equal in value to the people’s energy money! A fraud of shameless proportions.

Money created out of nothing backed by debt should not buy valuables, because it is fraud. But, as long as people are under the illusion that “debt money” has value, and the sheep accept this illusion, peoples will not be freed from their debt bondage.

It is time to pay attention to what governments are doing, and take action accordingly by buying as much gold and silver as possible.

The problem with government debts growing fast and huge is that when the time comes, the Central Banks will have to raise interest rates, and will be very reluctant to do so, which then accelerates inflation.

So far, the excesses of money printing have been eliminated in the housing market, cryptos and stock prices, but it will not stay that way. 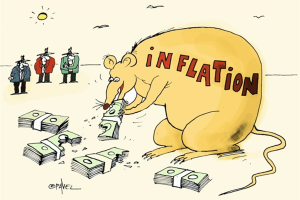 So the next stage in Hyperliquidity will be Hyperinflation due to the increased velocity of money in circulation. In a crisis of confidence in money. like the dollar, euro or yen, etc., is what causes hyperinflation, originated out of pure currency manipulation.

Consumer purchases have fallen sharply, which means that not all the new money is in circulation yet. Some has been used to pay off debts or is being saved, because nobody is investing.

Sooner or later this money will have to come back into circulation, and this will herald a period of hyperinflation, which means: too much money for fewer goods.

The Deep State Establishment is afraid of the movements and actions of the people, such as; ‘Stop the Fed’, and in fact; end all central banks. And that is exactly what is about to happen. Caused, by the banking system itself.

The moment this happens, the new QFS money system will be introduced, controlled by the people. The patriot policy is; to let the enemy destroy itself and that is now happening in real time, before our eyes. To be on the safe side; Stock up on water, food and necessities for the duration of a few weeks.

Awakening comes with a price. It may have been difficult and painful to get through the various stages of awakening, and especially to convince others. It is a challenge but opening the eyes and minds of the sheep, is even harder.

It is a struggle against time and injustice. The sheep are tossed to and fro without any idea of what is really happening, but they are eager to get in line for their free toxic Covid injection, which has predestined two-thirds of the population for an early departure from planet Earth.