All Wars Are Bankers’ Wars

Long ago, when the Anunnaki landed on planet Earth from their planet Nibiru to mine gold on earth, they eventually created their own terrestrial slaves to do this work. Nibiru is the 12th planet in Earth’s solar system with an orbit of 3,600 earth years. Father Anu with his two sons Enlil and Enki was in 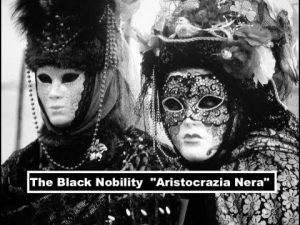 charge. Enki was commissioned to conceive the human slave. A long history good for other articles.

The Anunnaki appointed Pharaohs and later Kings, the Black Nobility, to control the earth slaves. Until the early Middle Ages, these were Pharaohs and Kings who became inadequate for these tasks as the earthly population increased. They looked for other methods. First, that became church authority through faith, later in the 18th century the money system.

It was Rothschild who offered the best solution. They mixed in European Royalty through interbreeding. European nobility was given ceremonial duties, to concentrate executive power in secret invisible societies and governments; known today as the Deep State.

Now, meanwhile hundreds of thousand earth years later, terrestrial humanity has landed on the verge of freeing itself. All the chosen incarnates have been brought into position on Earth for liberation of planet Earth and its people from this long-standing oppression and slavery.

School history describes world events that are the result of machinations, concocted by powerful, hidden cliques of secret organisations, which worldwide consist of the elite; i.e. the bankers, wealthy families such as the Rothschilds and Rockefellers, unofficial organisations such as the Bilderberg, the Council of Foreign Relations, the Trilateral Commission, organised crime, shadowy institutions within the government, secret societies such as, Jesuits, Freemasons, Skull and Bones, and so on.

Behind all these groups is a group even more secret, consisting of the true rulers of planet Earth, who use Premiers and Presidents as their direct puppets.

Some theorists say these Illuminati pulling the strings are human beings; others say they have extraterrestrial allies. They are a secret society within secret societies, backed by a banking elite, led by the Rothschild dynasty, who have the ultimate plan for the abolition of all religions except the promotion of their own satanic religion, and the removal of all civilian governments to eventually centralise and globalise everything under their own control, in effect the New World Order.

The “Black Nobility”, has its origins in the oligarchic families of Venice and Genoa, Italy, who owned the privileged monopoly trading rights in the 12th century. 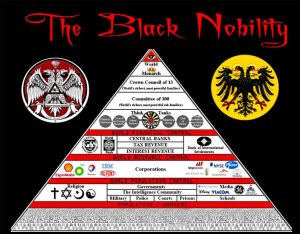 The first of three crusades, from 1063 to 1123, established the power of the Venetian black nobility and strengthened the power of the wealthy ruling class. In 1171, the aristocracy Black Nobility gained full control of Venice, when the appointment of the Doge was transferred to what was known as the Grand Council, composed of members of the commercial aristocracy, including the notorious de Medici family.

Venice has remained in their hands ever since, but the power and influence of the Venetian Black Nobility reaches far beyond its borders, and today it is felt in every corner of the world. Because the modern banking system began in Italy.

The royal houses involved are;

Note; all these families are lineages found in the Windsor family tree. 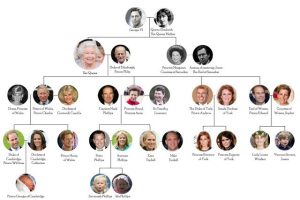 The Guelphs are also called the Black Guelphs or Black Nobility and supported William of Orange, in his seizure of the throne of England, which eventually resulted in the formation of the Bank of England and the East India Company, which went on to rule the world from the 17th century onwards.

All coups, revolutions and wars in the 19th and 20th centuries are centred around the Guelphs’ struggle to maintain and increase their power, which is now called the New World Order.

The power of the Guelphs further extended through Italian financial centres to northern France from Lombardy – a region in northern Italy with Milan as its capital – all Italian bankers were called “Lombards”. Lombard in German means this “deposit bank”, the Lombards were the bankers for the whole medieval world.

All the families mentioned above are descendants of the House of Guelph, one of the original Black Nobility families of Venice, from which the House of Windsor and thus the late Queen of England, Elizabeth II, descends. 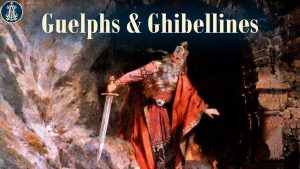 The European Black Nobility works with American families such as the Harrimans and the McGeorge Bundys. The House of Hanover looks German but is purely Jewish. So is the House of Habsburg. They were not real Germans who took the British throne, but self-styled Jews. Even less the real Jews. They call themselves Zionists who claim to be Jewish. But real Jews are not Zionists,

The Black Nobility are the founders of secret societies, affiliated to the Illuminati – and come from the Committee of 300. As well as, the Club of Rome, the CFR, the RIIA (Royal Institute of International Affairs), the Bilderberg Group, the Round Table, come from European Black Nobility families.

In 1871, the Republic of the United States of America was taken over to create a Corporation called USA INC, which was deliberately kept secret and became a disaster for the American people.

Partly, by deliberately lowering the real standard of living for 90% of the population, it has been noticeable since 1972. When the transition was made from gold standard coverage to petrodollar coverage.

Further, by changing medical and healthcare standards, supported by Rockefeller medical mafia to promote sales of pharmaceuticals to their advantage. From which followed excessive increases in all medical costs, which have now become the highest ever.

Deliberately reduced the life chances of the population; lowered education standards to the lowest level in history; enabled by Zionist-controlled Congress, which is not a representation of the people, as all elections are manipulated.

The Black Nobility earned its title because of their mean tricks, when the people revolted against government monopolies, like everywhere else, the leaders of the revolt were quickly captured and brutally hanged. The Black Nobility uses secret killings, manslaughter, blackmail, to bankrupt opponents both citizens, and businesses, kidnap, rape and so on, sounds familiar, hence their name. 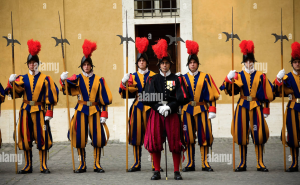 After the conclusion of the Lutheran Treaty in 1929, the Black Nobility obtained dual citizenship, in Italy and Vatican City. Under the terms of the treaty, noble titles were granted by the Pope, which were recognised in the Kingdom of Italy. Many of these families were members of largely ceremonial Papal Elite Guard; others were foreigners affiliated to the Holy See in various ways. In 1931, Pope Pius XI refused Alfonso XIII of Spain’s request to further expand the Nobel Guard to include nobles from Catholic countries.

In World War II, the Papal Elite Guard guarded the pope with the help of the Swiss Guard.

In this context, it is interesting to note that Epstein had a key position between the controlled puppets and the House of Saud, Rothschilds and Soros – in support of their global blackmail, through extortion and intimidation; supported by the drug trade; child trafficking; organ trafficking and paedophilia, which could effectively achieve anything.

Epstein was responsible for facilitating the blackmail and extortion of supreme figures around the world. When President Trump took office, he revealed these facts.

It cannot be stressed enough that a Q drop on 11 November 2017 summed up the entire Epstein connection to the Deep State. As Q always says: ‘The future proves the past.’

There is only one chance to eliminate the Deep State. We cannot afford to be hasty or make a single mistake. Trust the plan! The timing is perfect. The Alliance has everything under control. Everything is going according to the PLAN.

Meanwhile, listen to your heart as the best source in the ocean of Intel and disinformation. Only you decide which truth resonates with your heart.

Share this message with everyone you know. When more people wake up, the cabal’s power game will be over.

Subscribe to this site for free not to miss subsequent episodes.

Where we go one, we go all.

All Wars Are Bankers’ Wars

“The most terrifying force of death, comes from the hands of ‘Humans’. They try to meddle in other people’s affairs to take care of themselves and their loved ones. They resist any impulse to fight 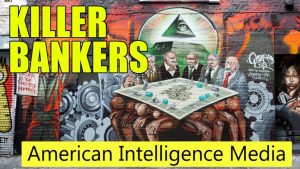 back, knowing the permanent change of life that results.

They know that the moment they fight back, life as they have lived it is over. The moment the “Men who wanted to be left alone” are forced to fight back is a form of suicide.

They are literally killing those they were. Therefore, when forced to use violence, these “Men who wanted to be left alone” do not fight with unholy vengeance against those who ruined their former lives.

They fight with raw hatred, and a drive that cannot be fathomed by those who only play politics and terror. True terror will come to the door of the left, and they will cry, scream and beg for mercy but it will be to deaf ears.” ~ Lt Col Jeff Cooper

Take the time to listen to this instructive video from 2013