The Great Transformation has Begun

The Dark Powers, who have had unlimited freedom on planet Earth for hundreds of thousands of years, now face our helpful extraterrestrial brothers and sisters, our Light Forces, Digital Soldiers and Patriots, who through great effort, made progress to remove these negative forces from planet 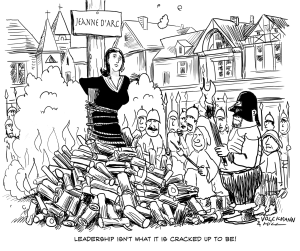 Earth forever. It were negative forces that sabotaged positive initiatives and made it impossible to break the negative isolation. But that has now ended for good.

On Earth, we have found help from the extraterrestrial Palladians with their inherent desire to activate spiritual and mental forces in the world. They are narrowly connected to the world of Lightworkers.

Palladians encourage valuable effort, joy, light and love on our world and ascension to enter the 5D world. Extraterrestrials are able to bring great advancement in the mental and spiritual consciousness of people on planet Earth. Know, that Palladians and Earthlings are similar in many ways.

The Covid pandemic, including ‘voluntary’ mandatory toxic injections, all freedom restricting measures like wearing face masks and lockdown, are based on false results of PCR tests, among others. Outcomes qualified unsuitable as basis for Corona measures that could have been set aside.

Sleepers must convince themselves to believe and see who their real enemy and tyrants are. In short, the Covid pandemic is a propaganda lie to wipe out humanity on earth.

The sooner humanity wakes up to the lies and deception, the better it will be for all of us. Don’t be modest; let this be a challenge for all to join in to realise our maximum potential. 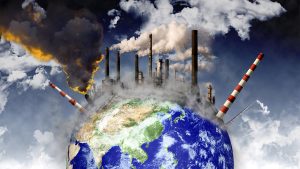 Our physical body is “thoroughly poisoned and polluted” caused by radiation and air pollution, as well as heavy metals and dangerous toxins through pharmaceutical drugs and foods. All this is stored in the human organism, which is why physical detoxification has become necessary.

The great upheaval has begun! This process can no longer be stopped! Both from above and below, energies are converging on earth. This is now, for many thousands of years the long-awaited moment. To be able to move forward into our new 5D-World!

First, Russia is preparing to unite countries by joining nations that were once part of the Federation supplemented by some that were not before.

NATO and the Khazarian CIA know they cannot defeat a strong Russia and that their elitist lifestyle is at risk. Some Khazars have tried to store money in other countries to secure their precious lifestyle. That will come to an end as they are hunted down and tracked globally by military scouring our planet with technologies that can track anyone and any locations.

The Deep State cabal has been definitively defeated, what remains are cabal puppets and their cronies, who will now be removed piece by piece after most of humanity wakes up.

Realise; the new world is already a reality; the turnaround has already begun right before your eyes. Wasn’t that originally your choice too? Start forgetting everything you learnt before and forget it for good. 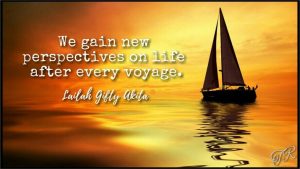 Get a totally new perspective on life, and discover real truths. Have love for our new beautiful world with real freedom, which brings you closer to the Lord. It is important to know that the worst evil is over and will never return.

Everyone’s job now is to pass on this good message to all the people you know. Help them raise awareness. And restore the faith that each has once possessed!

Our returning Exterrestrial correspondent Vital Frosi gives his additional views and information on this event below.

Current events that many can already perceive are converging towards the completion of the planetary cycle. Every day, more and more information arrives to those who have eyes to see and ears to hear. And everything is converging in the same direction, namely that we are indeed in the great planetary change. 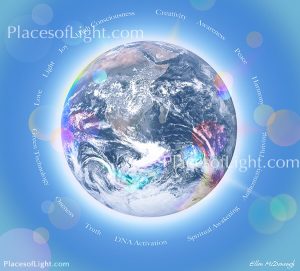 A new earth is being born and with it a new humanity. If previously the word Apocalypse caused goosebumps for most of you, now there is enough understanding to bring comfort and confidence in the future.

The new Light came to Earth in late 2012, bringing in higher energies, beginning the Aquarian Age, which will take our Planet into the Fifth Dimension.

The fear-based stances have been cruel to humanity on Earth. Because of their limited consciousness, and also because of the veil of forgetfulness, it was believed that no change for the better was possible.

On the contrary, we were led to believe that the Apocalypse would be the Armageddon that one day causes the end of humanity and the destruction of Planet Earth.

But that was not the Divine Plan! Nor was this the plan of any helpful soul who accepted to go through the experience of polarities in this world of duality. On the contrary, only brave and highly evolved souls accepted to undergo such experiences, subject to the veil of oblivion and extremely limited in consciousness.

Everything is accelerating now! What used to take centuries now shows itself in months or a few years. And the Apocalypse that used to scare so much now begins to inspire confidence, because it is nothing but the revelation of what was hidden. It is the window that opens, allowing Light to illuminate its surroundings and show the reality that could not be seen before.

This Light dissolves the veils one by one, and human consciousness will begin to remember everything. They will remember who they are, where they came from and what they came here to do.

They will remember past lives and have knowledge of the future. They will activate all the innate knowledge from the time this consciousness was integrated into their Super Soul. It will indeed be a time of revelations!

Everything will be exposed! And what will come is so great that it could not have come before because our limited consciousness cannot absorb such a reality.

As we always say: the fruit cannot be plucked before, otherwise it will be lost. And not too late, because it might rot on the stem. The moment of revelation is now.

In fact, everything started back in 2012, but there was a four-year period for humanity to get used to the new energies. This energy adjusted everyone’s consciousness according to their absorption capacity. And today, here on Earth, we have in number enough awake people who have the consciousness and are ready to understand the events that will soon come. 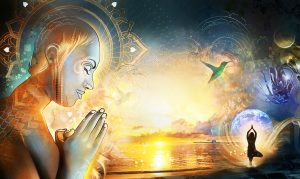 There will be decisive moments in the final phase of the planetary transition. These revelations will not be understood by all, but at least by a part of humanity, enough to lead the rest. You are one of those selfless Lightworkers incarnated on Earth. You have been prepared for thousands of years, and know what you have come for.

It is no coincidence that you are interested in this Planetary Transition and Soul Elevation today. You are restoring the whole cosmic cellular memory. You dissolve the veils of forgetfulness to bring the innate knowledge into present consciousness. You are a beacon that illuminates the paths for others.

All will be exposed and revealed! First for you and for other awakened ones. And you, as a great army, will occupy the entire Planet and lead others. Everything will be intense and profound. The new energies will break through the bars that have held Earth captive for a long time. You, with your light, will lead those who are beginning to open their eyes.

It will indeed be a grand event!  It will be the event that will be much talked about but little known about. And it won’t just be a single event; there will be many cascading events to follow, ultimately revealing a New Earth and a New Humanity.

The Old Cycle closes. The fears dissolve. The Earth is liberated. The Gamma Light intensifies. Consciousness is expanded. Truths are displayed. Limited beliefs dissolve into the Light.

All this may seem frightening, but in reality it will be a time of joy for humanity on Earth and in all parts of the Galaxy.

The masks will fall and the soul of every incarnated mortal will reveal itself! A naked soul can hide nothing. Everyone will know the best-kept secrets of each other. Everyone will understand that everything was an experience in the Great Duality Theatre of Life.

If you remember everything, you will know that your soul will also be exposed. This one too will be undressed and everyone will know about your trajectory. And no one will judge anyone. Everything will be exposed and everyone will finally understand that everything has been an illusion of consciousness, necessary to experience duality within polarities in a Third Dimensional World.

Everything will be exposed! What was hidden will be revealed. This is the Apocalypse so dreaded when consciousness was still asleep. But now the times have arrived. 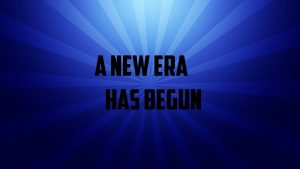 Everything has been announced by the Ruler of the Galaxy, Sananda, who became human only to bequeath to us the Good News, that is, the comforting message that a New Time would come, bringing the New Earth.

This time is here! A new era has arrived. Times to celebrate and not to fear! Now all is laid bare! And as the Great Master said:

“Thou shalt know the truth, and the truth shall set thee free”.

Free yourself! You can do it!

Archangel Michael ~ Are you Ready For Liberation | Awaken Now

All Is Revealed, the 5D Earth a new Era has Arrived