Mastery is Responsible Use of Power

The real purpose of governments and agencies, always and everywhere, is to enable the few to exploit the many. The current Deep State money system is the most cunning way to do this. It was made possible by the world of industry, trade, and investment functioning on win-win software.

All governments, favouring terror, wars, taxes, surcharges, do-this orders, and do-not-that prohibitions; continue to operate on the basis of this ancient programming, to plunder the people of anything that can be ripped off.

For centuries, the Rothschilds controlled banks and governments. They were able to dictate the laws for the financial system, by introducing ‘fractional reserve lending’. This successful fraud led to massive abuse of power.

With this system, banks can lend out 10 times more money than they have on deposit. In other words, they lend ‘money’ that they neither have nor exist, called ‘credit’ or, in other words, just debt money, but charged interest. This has made the banking system a fantastic profitable business, they lend money they don’t have and burden the borrower with paying interest on the non-existent loan. – Inventor, Mayer Amschel Rothschild (1744-1812).

The Rothschilds lend ‘worthless’ liens to governments and individuals. When the economy thrives, they make money scarce, by tightening control over the money system, and then seizing the loan collateral when the contractual obligation is not met. They have the power to decide to repeat this cycle, including by applying pressure to start a war.

They control the availability of currencies to determine which side may win the war. The government that gives them control of their economic system gets the support. Collection of the loan is guaranteed by providing economic aid to the debtor’s enemy. 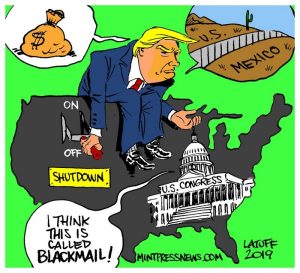 The profits obtained from this economic blackmail made the Rothschilds more than massively wealthy. They discovered that public greed accepts the extra, over-the-limit, non-precious metals-backed currency without opposition. So they can inflate production of goods and services to increase GDP.

This means there is never enough money in circulation for repayment of all outstanding loans including interest. This is deliberately a fatal mistake, especially in terms of humane freedom, deliberately done to ensure that property and assets in case of bankruptcy as compensation for the loss of fake money loan. In order to return these funds to the banks. 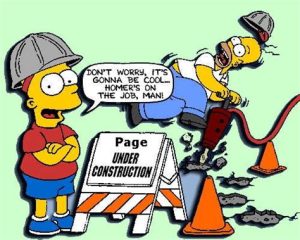 This is part of the Rothschild ‘energy construct’ so that the energy wealth created by the people flows towards Rothschilds.

What you have learnt from this should not only frighten you, but increase your determination to take back this control of your Freedom.

The coming revelations will flawlessly demonstrate the criminal and corrupt abuse of power by governments and dignitaries.

This snowball is already rolling, and is unstoppable. Stay the course and trust the PLAN. Protective measures are in place.

Our returning Exterrestrial correspondent Vital Frosi gives his additional views and information on Mastery below.

Mastery is the Responsible Use of Power

Human consciousness is beginning to rid itself of the veils as the time of learning here on Earth comes to an end. As has been said so many times, this learning would not be possible if consciousness was at the soul’s original frequency, that is, at the same level as before the soul first incarnated here. 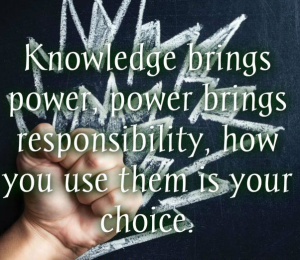 are so many possibilities in a world of atonements and trials! But today we will deal with only one, probably the most important: Mastery.

Recently, more and more incarnate people are becoming aware of the existence of the Ascended Masters. Remember that the White Brotherhood is only a small part of these Masters. So there are infinitely many other ranks, not yet shown, as those of the White Brotherhood work directly in helping humanity on Earth.

Ascended Masters are souls who have gone through successive incarnations here on Earth, and made their ascension before the Planetary Transition, that is, before Planet Earth transitioned to a World of Regeneration, corresponding to the Fifth Dimension.

Then, all those who completed their learning in recent times no longer needed to reincarnate here, but some of them decided to continue on the Earth Planet, to help those who still need to learn here, like all current incarnates. These Masters are part of a legion of Ascended Masters of the Great White Brotherhood.

What most of those incarnated do not yet know is that all those came to experience duality on this Planet Earth. And when they reach the frequency of the Fifth Dimension, make their ascension, and then also become Ascended Masters. You are then also one of them!

Even those who have to leave Earth now disincarnate, because they are not in the necessary frequency for the New Earth. They will continue their evolution in other Worlds of trial and reconciliation until they reach the 5D frequency. They will then also make the ascension and become Masters like those who have already done or are doing so in this time of Transition.

The Ascended Master has nothing more to learn in a Third Dimensional World, but can choose either to inhabit higher worlds, or, assist those who are not yet ready for their ascension. 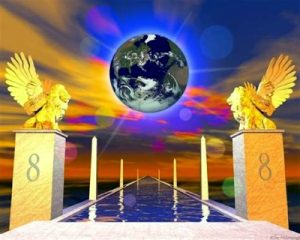 This premise gives you the choice to ascend in this final phase of transition. You can either enjoy life on the New Earth, or assist the exiled by going to one of the Planets to which those who are not yet in the 5D frequency are taken.

As has been said many times here, most will want to enjoy the New Planet home they have helped build, at least for a while. However, you will have a free choice if you want to accompany family and friends who will not be able to inhabit the New Earth.

All those who have ascended and are thus in 5D will know where those in 3D reside.

The opposite is not possible, and you all know this, because just look at today. You don’t know where your relatives are who have already ascended. The 3D consciousness cannot see or understand what is in 5D or higher.

To ascend is to climb; it is to elevate. You already know this, but today I leave here the message of how to become an Ascended Master. To sum it up in one sentence: Mastery is skill; the responsible use of power.

The Ascended Master gains this condition when he has become Master. The responsible use of power is the key that opens the doors of ascension.

When the soul decides to experience a school in the Third Dimension, it does not lose its power. It simply forgets everything, including that it can do anything. As mentioned in the last post, the soul that comes to bring in the light and create duality sometimes comes into the light, and sometimes into the shadow.

In its experiences in duality, the soul has to make good use of its power, even if it doesn’t even remember having it. Usually, the incarnate believes that power is to always be in control. This is not true. You have never, at any time, ceased to have power. In every minute of your life as an incarnate, you have always had the power to decide.

Regardless of position, function or social status; you always have your power. The big mistake was to believe that others can do more than you. Especially within certain hierarchies as known on earth.

Whether you are a president, a director, a sector boss, an employee, a street sweeper, a self-employed person or a housewife, to name but a few, in each position you are sovereign in your decisions and thus exercise your power.

Many think that the other person is more powerful just because he or she has held a higher position. This is a big mistake, because what changes is only responsibility.

When the position is higher within what we consider status, it is nothing but an increase in responsibility, in line with the position.

Mastery is the Responsible Use of Power. In successive reincarnations, everyone had the opportunity to perform different functions, both with more and less responsibility. And that is exactly where each person has shown whether they are qualified as an Ascended Master or not. It doesn’t matter what position you are in now. It is only the one that shows the result of all the learning in the hundreds of incarnations.

If you don’t take responsibility within your position today, you don’t know how to use it when you hold a higher position. And if that is still happening, then you are not ready to ascend, that is, you have not yet achieved Mastery. You cannot yet be an Ascended Master.

Even the one who has no job, position or important task can practice his Mastery daily in idleness. How he uses water, necessary resources like food, the destination of his household waste, his way of living with others, his interest in ethical or unethical matters, his speech, and opinions, in short, what he defends or encourages. His energy frequency will tell him whether he is using his mastery responsibly.

To agree with what is ethical and moral is to exercise mastery in a positive way. Even though everyone has heard the famous expression:

“If you want to know someone, give him power”.

Now you know that you don’t even have to be in a high position to know someone. You can get to know the other person just by observing. Even a simple word can show who has achieved mastery or not. All this becomes negotiable now, at the end of this cycle, when much of humanity is going to ascend.

We still have a few years before mastery is adapted in every consciousness. But time is running out! You can already feel this acceleration, and nothing that is to come will stop it.

A New Earth is on the horizon, and all who use mastery with responsibility will ascend to the frequencies of the Fifth Dimension.

You are here to become an Ascended Master. Take advantage of this incredible opportunity being offered.

I’ve Been Warned Not To Talk About This, Here It Is

Mastery is Responsible Use of Power, Misuse of Power