The largest DNA-upgrade is upon us

Despite the usual complaints that nothing is changing, nothing is getting better, chaos is increasing, 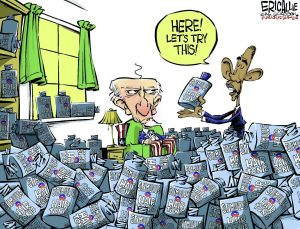 and so many other stories from those who have no eyes to see or ears to listen. But, this year 2022 will be generous, especially for those who have done their homework to help build a New Earth.

Those who sowed wheat shall reap wheat. However, those who have sown weeds, will reap from their own seeds.

It has been stated so often in previous FWC-articles that everyone builds his own reality. Thus, you should not expect others to do it for you.

Factual, change always happens from within, as everyone has its own key to initiate change. Waiting for someone else to do it for you is an option that never comes. The cry is always the same:

“they talk and talk but nothing happens”.

And in fact, for these people, nothing shall happen.

The battle against the global mafia has been won, but convincing zombies about what has occurred is impossible; they will first have to experience it first hand, after the liberation of planet Earth will become fact.

With this, the coming major changes have been outlined and why it is taking a long time to realise it. The wait is on for the masses to wake up, as they cannot be convinced in any other way than by experiencing this for themselves.

One of the mayor changes is GESARA that will prove to be a very important event in history of mankind and experienced during our lifetime!

To the question when will this happen? Is the answer; when the masses rise up against the murder of their children through the fake Covid Pandemic and their poisonous injections. Or, through inflation as they don’t have enough food to eat. Full stop!

Planet Earth moves to her 5th Dimension position, which is a positive dimension for Environment, Food and Happiness.

5D creates more jobs for saving and purifying planet Earth. The ‘turnover’ gross sales metric is obsolete for spending money. It is not more than an illusion, like numbers for value of shares or real estate, etc.

People will start to realise their true purpose in life, which has been forgotten by the majority. 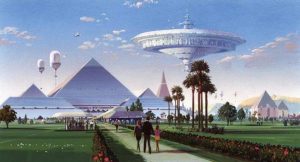 The entire population will benefit from GESARA. The Earth is one of the most abundant and most beautiful planets in our Universe. There is more than enough gold backed money on Earth for anyone to become a millionaire without debt of any other kind, or nature.

This huge change brings great transformation in the destiny of mankind. It causes visible and unmistakable feelings of bliss. People are going to feel better, while those who are not awake will not know why.

The bottom line is, that GESARA is more than a financial event, it signifies a new era that is about to take place. Once it actually begins, it will be the absolute end of Deep State tyranny, and the establishment of our new positive 5D-World.

Below, Michael Love provides vital information received in this regard;

We are rocking right now because the earth is being bombarded with super high vibrations of cosmic light! 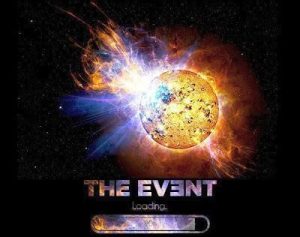 The Light Forces are blasting the planet with one powerful wave of high-frequency light after another, steadily raising the vibration around the earth. This powerful incoming light is being sent to earth by great intelligence and intent, for the purpose of activating all dormant DNA strands of the beings here.

This super DNA activation is moving the planet further along the new 5D gamma timeline and towards the fifth-dimensional new Earth!

In special meetings this morning, the earth alliance say all eyes are on new monster sunspot AR3112 which is rotating around to face the Earth as we speak!

This super large sunspot contains multiple positive dark regions where negative magnetic polarities are bumping together. These unstable magnetic fields are an indication this region is about to release a massive discharge!

Sunspot AR3112 looks like a record breaker in size and plasma discharge potential, and it could be the one that fires the grand solar flash towards earth!

The Earth Alliance has issued an extended critical space weather watch and solar discharge warning for the next 14 days as this explosive region transits around the earth!

While all Earth Alliance intel projects this grand cosmic flash to occur between earth year 2022 and 2024, it’s critical to know it could indeed happen at any moment now!

The Earth Alliance and all Galactic Forces in earth’s solar system remain on high alert for this imminent cosmic event!

When the grand solar flash does occur, the gamma light released causes a breakthrough compression that will activate the 4th strand of DNA for all 3D-beings of earth.

At the same moment, this gamma light will activate the 5th strand for the beings of earth resonating in the 4th dimension and will activate up to 12 strands for some of the more advanced Starseeds of Earth!

Every human being of earth will be instantly evolved to a much more advanced state of being, and this will trigger the event on the surface.

This will be a planetary liberation event, where abundance abounds and where amazing technology and long life will be available to the beings of earth! 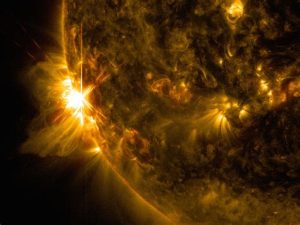 5 times in Earth’s prehistory, this super solar flash has caused a major cataclysm of extinction level event, however incredibly magnetic field of stabilizing tech, is put in place by the Forces of Light now in Antarctica, which will counteract the poles from flipping during the solar flash.

The entire electrical and electronics grid of planet earth will be disabled when the grand solar flash impacts. This is simply the Universe’s way of turning off the old 3D illusion matrix!

Do not dismay because billions of highly-conscious light beings with new enhanced DNA ability and technology will quickly come together all across the earth to take care of this situation.

Benevolent Light Forces are monitoring everything that moves right now, and they say this grand solar flash will be the most spectacular, positive event that has ever occurred in this Universe! 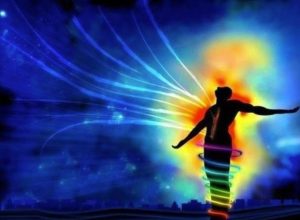 As earth sun reacts more and more to the high-vibrational light from the galactic core, solar activity levels are reaching epic proportions and we know that at any time, a great light will come to planet Earth, returning this world to the paradise it was always meant to be!

Be encouraged and hopeful, and know we are watching and waiting here beside you until all things are fulfilled!

Let us know what ascension symptoms you may be experiencing at this time.

The largest DNA-upgrade is upon us