Jesuitism is the most absolute form of despotism

Knights of Malta and Jesuits working together!

Who controls the world?

People will be astonished when the truth is revealed in the time to come. The Jesuits and the Roman Catholic Church changed history and hid the rest of it by making up fairy tales about the true history

One such lie was about Mary Magdalene, who was in reality Jesus’ wife, giving him two sons named Jesus II Justus and Joseph, along with a daughter named Tamar. This knowledge was suppressed by the Roman Catholic Church.

The church began its modus operandi by killing scientists in 1600, to change the story to serve their objectives.

Major changes are now taking place, to restore our status, and teach people what has been done to us by the Crime Cabal, which includes Draco Reptiles, Greys, and other entities from the universe, which have been deliberately hidden from us by these dark powers.

Pope Francis is a Jesuit and preaches that his god is Lucifer, implying that the pope worships Satan.

Lightworkers have since restored much of the truth, rectifying the 300 AD Treaty of Sangreal, which proclaims that all people on earth are sovereign, and should be treated as such. This will mark the end of the Phony El-ites and their Slave-Scam, which they have conducted for many centuries to the detriment of people on Earth.

Scientists know that there were nuclear wars tens of thousands of years ago, and that radiation is still present in small amounts in the Middle East as a result.

The Roman Catholic Pope and all his war criminals, some of whom pretend to be Jews, who in reality are Khazarian mafioso, as well as all European royalty, are Nazis and paedophiles. They are real Satanists, holding positions in the Vatican, the City of London, Washington DC – District of Columbia, and the United Nations – based in New York City. This information was received from an insider, who wishes to remain anonymous for obvious reasons:

All those in positions of absolute power such as the Queen now King of England, the entire royal family of Queen Beatrix in the Netherlands, the Rothschilds, Bushes, Clintons, Rockefellers, Pope Francis, belong to the hidden Jesuit Hierarchy. They are all one big happy Archon bloodline family. I.e. cousins, nieces, uncles and cousins of each other. Some of these people are personally known to this insider, so don’t be fooled!

But the most powerful man in this great conspiracy, to oppress all people on planet Earth, is the Grey Pope called Pepe Orsini, who is a descendant of the powerful ancient Roman papal bloodline family Maximus. 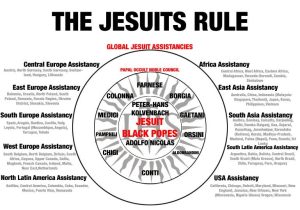 There is no one more powerful than the Grey Pope. The Papal Bloodlines are the secret shadow hierarchy of the Jesuit order, controlled by the Black Pope, who is touted as the number one. Other powerful papal bloodlines include the Breakspear, Somaglia, Farnese and Aldobrandini.

David Rothschild, for example, is married to Princess Olimpia Aldobrandini. Another influential head is Henry Breakspear who lives in Macau in China. Most heads of the papal bloodline live in Asia and India. Both the Black Pope and the White Pope do not belong to the Papal Bloodline, but are ordinary people. However, to the outside world, it is presented that the Black Pope is the ‘Commander-in-Chief of the World’.

He is, after the Grey Pope, the most powerful man on Earth, ruling over maritime laws on business and population. He controls the banking system, Freemasonry and the Secret Services – CIA, FBI, NSA, SIS, MI6, Scotland Yard, Mossad, CSIS, DGSE, FSB.

The Vatican owns 60% of all the land in Israel, which was stolen from the Palestinians, including the Temple Mount land for their Third Temple of Solomon, where the Deep State want to establish their throne.

The Grey Pope is part of the Arcana Arcanorum, controlled by the papal bloodlines within the I-Mori. These bloodlines are the omega point of control.

The Arcana Arcanorum is an esoteric system, hidden from prying eyes, made up of Masons, Rosicrucians, Martinists, Mystics and scholars generally concerned with the laws of God and the Universe.

The Black Pope Adolfo Nicolas Pachón, is the Superior General of the Society of Jesus Diabolic Plan for a New World Order. The current Black Pope and Superior General of the Jesuits, is Arturo Marcelino Sosa Abascal, who with his 6 generals controls the “Arcana Arcanorum, an esoteric system”, which includes Pope Francis, the Vatican, the Illuminati, the Zionists, the Globalist Elites, the Council on Foreign Relations, the Bilderberg Group, the Freemasons, the Council of 300 and the evil Council of Trent.

Jesuitism is the most absolute form of despotism 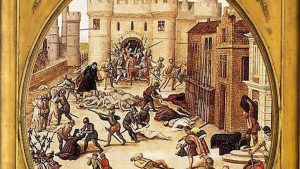 The Jesuit-controlled Vatican is the sole owner of all Western countries; Satan, through the Freemasons, owns the Vatican, while the Pope is his slave.

Catholicism will be eradicated forever. Throughout history, the Satanic Luciferian Jesuit order has been linked to war and genocide. The Jesuits were formally removed from many countries, including France and England, but are still widely present in Spain and Italy.

‘Superior General’ of the Society of Jesus is the official title of the leader of the Roman Catholic religious order, the Jesuits. He is usually addressed as Father General. The position often carries the derogatory nickname “Black Pope”. The current Superior General is the Venerable Father Arturo Marcelino Sosa Abascal.

The Holy Grail or Sangreal (Grail) is about the blood of Jesus, and the truth of who descends from whom. Many have made false claims to certain bloodlines, including the Rothschilds and Monarchs.

Jesuits have infiltrated all governments and their leaders, including Obama, Malcolm Turnbull, Trudeau, Tony Blair, Theresa May, Angela Merkel, Emanuel Macron, Mariano Rajoy, Sanchez, Mark Rutte, Benjamin Netanyahu and their successors, among others. These are just some of the many puppets carrying out Jesuit orders.

General superiors are elected by the General Congregation of the Jesuit Society, which is convened upon the resignation, retirement or death of a minister. Superiors general are elected for life and almost all have served for life, with a few exceptions.

One of the exceptions was Fr Peter Hans Kolvenbach, whose resignation was announced in February 2006. The General Congregation chose as his successor, Fr Adolfo Nicolás, who has since been succeeded by Arturo Marcelino Sosa Abascal as the current Superior General of the Jesuit Society. Read more here.

Napoleon Bonaparte accurately described his Jesuit masters in his Memoirs as follows: 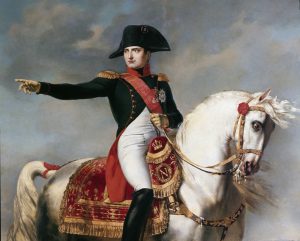 “The Jesuits are a military organisation, and not a religious order. Their leader is a general as of an army, not the mere father-abbot of a monastery. And the purpose of this organisation is: POWER. Power in its most despotic form. Absolute power, universal power, power to control the world by the will of a single man. Jesuitism is the most absolute despotism: and at the same time the most heinous initiators of enormous abuses….

“The Jesuit general insists on being sovereign master over all sovereigns. Everywhere, where the Jesuits are admitted, they are masters, at any cost. Their community is dictatorial by nature, which is why it is the most implacable enemy of all established authorities. Every act, every crime, however heinous, is a meritorious contribution, if committed in the interest of the Society of Jesuits, or at the behest of the general.”

Knights of Malta and Jesuits working together!

It is important to know the connection: The Knights financed Lenin and Hitler from Wall Street, including through their Federal Reserve Bank, in preferentially led by Masonic Jews, such as the Warburgs, among others. The Knights negotiated the Concordat – a papal treaty – between the Pope and Hitler in the person of Franz von Papen.

Also, they helped top Nazis escape to North and South America after World War II – as part of the “paperclip project” – with the help of individuals such as James Angleton and Argentine president Juan Perón.

Although it may sound exaggerated, many will be convinced once the true version of our history is published. It will become popular and widespread literature in the near future, and eventually history will be studied and taught in schools, universities and scientific institutions.

Already, breakthroughs in astronomy, anthropology, archaeology and Egyptology underpin this thesis of Sitchin and others, based mainly on translations of Sumerian writings.

The knowledge of the existence of many Anunnaki Gods, rather than the Creator, with the realisation that life encompasses more than mere material levels of existence in which we now find ourselves, is covertly protected by the secret societies. 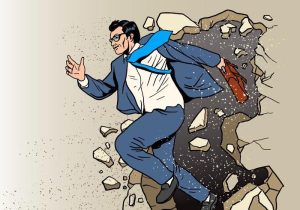 Although, the elimination of the top cadre of Deep State criminals is now complete, our fight against the Deep State cabal has essentially already been won; the wait is for the big breakthrough that will come, in either or both cases, for the awakening of the sleeping mob that begins to protest against their oppression. Or, the collapse of the money system, due to unsustainable amounts of debt. Recently, the first signs of this came from Switzerland. As the saying goes;

Rest assured there is no going back to the old cabal regime; the awakening of the masses is and requirement to prevent oppression on planet Earth from ever happening again.

Jesuitism is despotism, Knights of Malta, Papal Hierarchy, Who Controls the World?