The Vatican Bank and the Nazi gold

This Vatican bank is officially known as the Institute of Religious Relations, from 1971 to 1989 its President was Archbishop Paul Marcinkus from Cicero, Illinois. Before that, he worked as a bodyguard for Pope Paul VI. However, he will be remembered for a scandal that broke out in 1982.

The scandal began with the collapse of Banco Ambrosiano, one of Italy’s largest private banks, with a debt of $1.4 billion. Soon after, Roberto Calvi, the bank’s managing director and friend of Marcinkus, was found dead hanging under a bridge over the river Thames in London, in England.

Originally considered a suicide, this was later corrected as murder. Five people, including mafia boss Masonic grand master Licio Gelli were tried in connection with his murder, but were all acquitted.

It appears that the Vatican, through the Vatican Bank, is the main shareholder of Banco Ambrosiano and that they have channelled a billion dollars from the bank to 10 subsidiaries. Several rumours surrounding the scandal were, that other shareholders at the bank were involved in this organised crime and some were even members of the secret Masonic lodge-P2.

When Italian investigators tried to interview Marcinkus about the scandal, he was uncooperative. He refused to leave the Vatican and even refused to answer questions, referring to his diplomatic immunity.

Marcinkus was eventually indicted, but he never went to trial because the charges against him were dismissed. He remained in charge of the Vatican bank for seven years.

The scandal even gave rise to some conspiracy theories. The most famous was used in the plot of Godfather Part III, as Pope John Paul I was assassinated by the mafia on orders in August 1978. John Paul I had been chosen as Pope in 1978, but Prince Bernhard the prince of the Netherlands vetoed it. He was found dead in bed after only 33 days in office. The official cause of death was a heart attack, but no autopsy was performed. According to the conspiracy theory, he was killed because he wanted to end the relationship between the church and the private bank.

The Vatican Bank and the Nazi gold

According to a 1946 Finance Ministry document, the Vatican kept and smuggled stolen Nazi gold during World War II, despite presenting itself as a neutral entity. 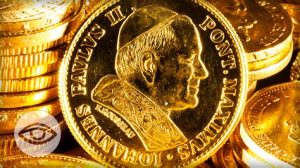 The document, which came to public attention in 1997, said the Vatican’s bank had 200 million Swiss francs for the Nazis, which is about €170 million in 2018 dollars. According to a rumour cited in the document, that money was later routed through a so-called “Vatican pipeline” to Argentina and Spain where it was passed on to Nazis fleeing prosecution for war crimes through the ‘Paperclip Project’.

The Vatican bank also apparently funnelled money stolen from Serbs and Jews by the Ustashe, which was a Nazi puppet regime in Croatia. At the end of the war, the Ustashe began looting victims based on their ethnic cleansing campaigns, smuggling 350 million Swiss Francs, about €300 million, from Yugoslavia to the Vatican. The money was then used to support the murderous Ustashe organisation during their exile.

In 2000, a lawsuit was filed against the Vatican over the issue, but the lawsuit ultimately failed.

The infallible authority of the Pope is so essential to the true Christian church that without it no distinctively divine church would be possible.

Unfortunately, our Lord has left his church in the hands of mean people.

In the cases cited above, and in many other controversial cases of papal (un)trustworthiness that have arisen throughout the history of the Church, not once has an incident been accepted in which the Pope was wrong. In this process, the Almighty Pope has always used the power of the keys to ease the conscience of believers. In other words, there is no human tribunal to judge the Holy See.

President John F. Kennedy was one of the many victims of the Jesuits’ heinous wickedness. As soon as someone seemingly distanced himself from the papal agenda and fights for more liberal ideals and human rights, that person is considered a traitor to the Holy See by Vatican standards and qualified as a “tyrant” worthy of death.

It is safe to say that the Jesuit General, whom the Pope used with his most powerful Cardinal, is morally responsible for the assassination of President Kennedy. 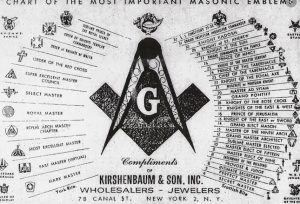 You won’t believe what is coming. If you may have read the Bible, you can know. The rise of AI – Artificial Intelligence – now seems unstoppable. And the smartest minds behind its creation are openly telling us that AI will make humans obsolete.

There is a 25% chance that AI will be a reality in just 10 years. Regardless of the time frame, it is coming, and soon. Anthony Patch says this is the framework laid over the ‘Antichrist infrastructure’.

In an interview discusses this infrastructure, including CERN, DWAVE quantum computing, AI, 5G and more. The college show ‘Westworld’ is not fiction, it is prophecy. Stay tuned for this gripping interview, (now removed) that will make you wonder, if all the new developments are deliberately developed to destroy humanity forever? Listen to the interviews (removed) iz. CERN – an insider reveals doom, and AI – making humans obsolete – to scare you to death. Although these messages are very serious, you still have a slim chance of escaping from this insane doom.

To maintain control over people’s perception of reality, mass mind control is applied by controlling 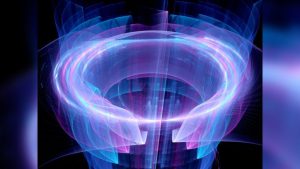 the mass media, which broadcast only negative news via television, radio, magazines and newspapers to hijack the human brain.

Collective behaviour is manipulated through people’s thoughts. Through application of secret ancient esoteric knowledge, which has to do with the Earth’s magnetic grid that surrounds the planet’s surface. To, transfer human energies into a visual holographic representation of reality. With brute force, human consciousness is captured in a pre-designed reality.

Originally, humanity was created by the great Creator with immortal eternal souls. The disconnection of the soul became necessary for the implementation of mind control programming. Humanity must live in a low vibrational frequency to achieve a controlled and illusionary reality, which is otherwise not possible. Reptilian hybrids cannot live at the originally higher Earth frequency.

What is now called our reality is in fact a day-to-day collectively created and changing magical matrix, i.e. a magnetically illusory environment, and if this environment is not constantly controlled, the vibration will rise to a higher frequency, which is unbearable for reptilian hybrids.

There are tens of millions of people living on Earth completely in the service of the dark powers, while most of them do not even know it.

For money fame, status and reward, they are willing to implement Agenda 2030. These individuals can be found in governments, media, big business, education, medicine, religion, military, science, Hollywood, virtually everywhere. In public life they signal with the pyramid symbol, as Merkel and Macron often do, to show the all-seeing eye, and through secret handshakes they show that they are in the service of the Dark Power, without knowing what the Dark Forces really wants from them!

The Deep State cabal has been heavily involved in the creation of a whole new disconnected human body for all the souls trapped in their Matrix. These are individuals domesticated far below the current intellectual level, better controllable by computers, with no free will and choice of their own, other than what the cabal wants from them.

Most if not all the news published by the MSM is fake and false. All news companies are owned by the Deep State, who are legally forced to make a profit for their owners. Salaried and freelance journalists are censored and not allowed to write genuine investigative articles. 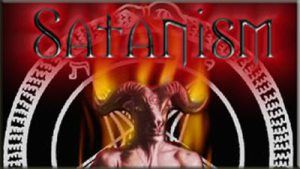 Entertainment is steeped in satanism, lies, fantasies, propaganda and empty false representation. While corporate “public relations” and advertising are nothing but fake feel-good marketing ploys. Realised, to associate the public with happiness, sense of anxiety, equality. Other feeling assessments, cannot exist in a negative environment. It is basically weaponised psychological marketing propaganda.