Who has the Last Word?

Will the Third Dimension Continue to Exist?

The Power of Government is Broken

Unfortunately, the majority of the population is unaware that their government charged with the task of running the country or state, is not serving the people as it should be. The reality is that according 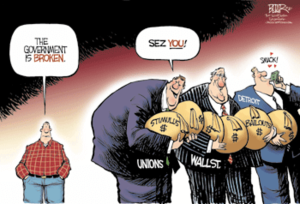 to the constitution, power ultimately lies with the people, as they have a constitutional right to determine what should and should not be done. Constitutional; In case of non-compliance, the government can be sent home by the people.

So, in case of not acting in the interest of the country and/or the people, the people take back their trust and depose the government, and take control themselves. As is starting now with the protests by various population groups and others. The people have the right to resist and we have a duty and obligation to do so! For ourselves and for our children.

Watch this video; On the destruction of our healthcare system through the power grab by the Deep State controlled Big Pharma which is a private company!

Consciousness and Oneness break the power of the Deep State and its minions. In reality, the mandates and measures against the fake Covid pandemic are eroding the social consciousness of the people. Some understanding is needed to identify the social engineering programmes of the global elite so as not to fall victim to this.

The global elite wants 90% depopulation. They want total control and surveillance of every aspect of everyone’s life. They want socialism, with power and wealth in their own pockets, in other words communism. 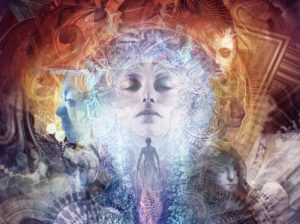 Consciousness and Oneness are the direct obstacle to these plans. Now, they want to take everything of value from you and lock up the remaining population in labour camps. They do this in the name of preserving planet Earth and improving the climate, which arguments are pure lies.

If everyone is quarantined and driven around in electric vehicles with limited range, they can be better controlled. Be assured that all climate and other new provisions are designed to lock the rest of us up in restricted designated areas, such as FEMA camps, among others.

What has happened to us is outrageous and absolutely unacceptable, for which we are receiving solid help from our alien brothers and sisters. For that, be grateful from your heart.

The veil is holding our souls captive on this planet, through the reincarnation process, it will be lifted to free humanity and evolve as the Creator always has intended for us.

Our returning extraterrestrial correspondent Vital Frosi informs humanity on Earth about the progress in the process of our liberation. And wonders;

WILL THE THIRD DIMENSION CONTINUE TO EXIST

Within the Plan of Evolution of Worlds, Earth is leaving behind the frequency of the Third Dimension, a vibration that has always accompanied it since its earliest history. We are entering higher frequency bands, with the lowest frequency corresponding to that of the Fifth Dimension.

Everything was already foreseen, for in the time of the Divine, linear time as we know it does not exist. In fact, what exists are energetic vibrations corresponding to certain frequency ranges, known as dimensions. 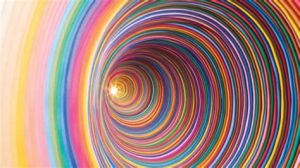 The Third Dimension is considered an illusion because the unconscious who inhabit it live in a dual reality, that is, between the polarities of everything possible in these worlds. Moreover, there is the aggravating factor of the veils of oblivion, because without the veils of oblivion, no experience of duality would be possible.

In the 3D frequency, matter is predominant. Everything is coarser, heavier. Everything is based on carbon, because that makes all impermanent. Carbon decomposes and renews itself, as if it were reborn from itself. This partly explains the Wheel of Samsara, which is nothing but the ring of reincarnations.

There are an infinite number of third-dimensional worlds scattered across the cosmos. Earth is just one of them. But as we said earlier, everything follows the evolution determined by the Creator. Why should our planet be any different?

We still have neither the knowledge nor the ability to understand at the present level of consciousness the true history of humanity. But as this consciousness expands, more and more information becomes available. Information is of no use if no human being can understand it.

Today, everything is expanding rapidly. The veils are being lifted one by one, and in not too long, human consciousness will no longer be the same. We are in the final decades of the planetary transition, which was estimated to last three centuries.

It started around 1750, and to date most incarnates have had an average of 3 reincarnations within this transitional phase. As such, hardly anyone has noticed the incredible changes that have occurred during this period. 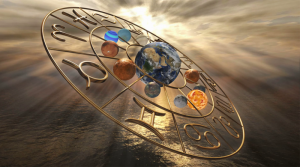 But the last century, which also corresponds to the last of the 3 incarnations within the Planetary Transition, did have an impact.

We are not addressing here facts already mentioned in earlier texts, such as the chance of millions of hardened souls who reincarnated between 1950 and 1970 to have one last chance to redeem themselves and thus inherit the New Earth.

Let’s talk about the dissolution of the third dimension. Everything is declining now. The last 50 years are the most amazing within these 3 centuries. Back around 2001, Gesara was to be proclaimed in September that year. Gesara is a definition corresponding to the exchange of all existing 3D systems to adapt them to the new 5D reality.

The occult forces that have always ruled humanity through work and debt do not want to accept the end of 3D because they cannot resist the new higher frequencies. Even if it is a universal plan, some human actions may promote or delay these processes, since everything is energy. Why in September 2001 retaliation was instituted. You all know the (9/11) consequences.

Nevertheless, as a result of the expansion of collective consciousness, the Earth timeline was changed in 2010. With the exception of the Armageddon timeline, a new, softer and less painful timeline was introduced. This timeline is valid until the end of this transition.

Within that final 50-year period, a 25-year window of time has been created. That window runs from the year 2012, when Earth fully entered the Gamma Light of the Photon Belt, and lasts until the year 2037. This window defines the time when the last transformations, which are also the most impactful ones, can finally take place and be concluded.

However, the latest information coming in now through higher channels, informs that the most incredible years within the window will be between 2020 and 2026. So, hang in there! We are in the eye of the hurricane. Even if perception is still somewhat dulled, there is no way left not to see what has already come, and especially what is yet to come.

The minds, even if still limited, will have to support the new, because there is no way to ascend to the New Earth without experiencing and understanding the new reality. The dormant consciousness will have a greater impact because the changes by the new reality will shock those who do not want to wake up.

“Nothing that continues to vibrate in 3D will remain on Earth from now on”.

Of course, it will not be today or tomorrow that the incarnated souls that continue to vibrate in 3D will leave Earth, but we can get an idea of the facts and understand that they will not have much time left.

This does not mean that all those who dis-incarnate now will leave Earth. We must understand that each has a Soul Plan, which determines how long one must be incarnated to carry it out. When the time comes, the soul detaches from the body, dis-incarnates and returns to the astral world. 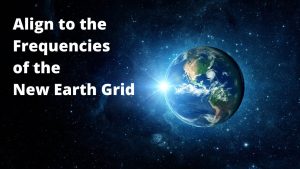 Today’s message also wants to bring some encouragement to those souls who are worried about the future. We have said before that the light at the end of the tunnel is already visible. We still have 3 incredible years ahead of us, but they will be the most decisive ones within these 3 centuries, earlier mentioned above.

Recall, that the Universe has no calendar because it simply has no time. But as a parameter, we have to parallel things within our perception of linear time. That way, it is easier to make comparisons.

The Third Dimension will soon cease to exist for good. All the chaos we see is nothing more than the old energy desperately fighting for survival. People attached to the illusion of matter of 3D, of finitude and fear, will face more difficulties from now on.

Those who know that we are an immortal soul, and who now have the opportunity to finally ascend to a higher frequency, will increasingly feel the relief of a period coming to an end. 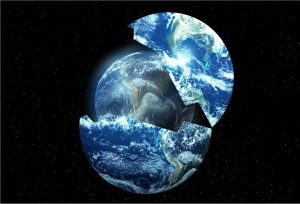 Don’t step into the drama of that which is ceasing to exist! Don’t cling to old beliefs and not to matter. Material man’s time no longer exists. Time now belongs to Spiritual Man.

The time for competition also dissolves now. Only cooperation will flourish, because in 5D nothing will be as it was before. The Old 3D disappears like mist in the sun on a spring morning.

Party! You are entering the Dimensional Portal that will take you to an incredibly better World!

The time for action is NOW

Consciousness, Oneness, Power of Government is Broken, time for action is NOW, Will the Third Dimension Continue to Exist?