From 2023 on only Love, Light and Liberty

Who we are and where we came from

Our origins to ancient times

The true prophets of this world

Who we are and where we came from 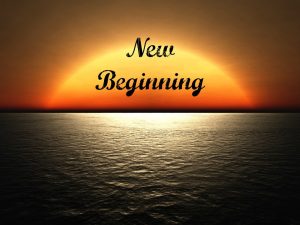 and extra-terrestrial colonies exerting their territorial and cultural influence on planet Earth.

In historical archives lie many answers to questions often asked ‘who we are’, ‘where we came from’ and ‘how we evolved’ to become the beings we are today.

Millions of years ago, the Galactic Federation worked closely with the High Sirius Council to serve as a Guardian race that helped keep the reproductive and evolutionary process on planet Earth at the lowest density, which today is called the first Harmonic Universe on the three-dimensional timeline.

The origin of life goes back much further in time, than is commonly known – and still less known as episodes of human history. Acts of heroism begin beyond the boundaries of this planet and originate in star kingdoms, galactic federations, and Extraterrestrial Civilisations of Atlantis, Lemuria, Mu and several others that are only now being discovered.

The system we live in today is corrupt and dangerously dysfunctional. Why doesn’t anyone say so? – Central bankers rejected the gold standard in 1971 to replace it with today’s credit money; they are the founders of today’s credit bubbles. During the last 12 years, central bankers have even become active and aggressive in defending the past, giving the future no chance. For, their easy money has corrupted the entire economic system. A real recovery in this economy cannot happen anymore.

Changes in the tax base, tracks all transactions in the economy. Especially the illegal activities in the underground economy. People are forced to convert their savings into consumption and/or investment, which would give a boost to GDP and employment! Which, has failed partly because of the fake Covid pandemic.

In this manner, step by step, the world is becoming more of a police state, they now kill people to keep them ‘safe’, but essentially no one is safe, at least not in an emergency or stress situation 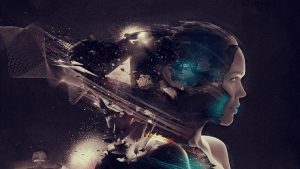 where one would expect the police to come to your rescue.

It is high time, to advise everyone on taking some important steps to get themselves and their family through this chaotic period. The first step is learning. Study Agenda 2030, to see for yourself how far we have progressed in this humane crisis with the realisation of Agenda 2030 measures, which perceptibly supports their purpose in every aspect, so that you know exactly what is yet to come. There are many nuances to this situation which can cause great impact.

Most people are still in the current third “dimensional reality”, which is not real. In fact, this means that the current reality is a consciousness trap. Who and what we really are has been hidden from us. Our spiritual nature is our only true form. And that is mainly the power of the secret societies to make us forget everything and thereby keep us imprisoned.

When people don’t know the past, they are trapped, seeing only the illusion that doesn’t exist. That has nothing to do with the reality or truth of today, it is a manipulated lying hunch, an untrue deceptive illusion. Once you are aware of this fact, your Great Awakening has begun.

Strategic Alliances under the popular misleading name Galactic Federation, made contact with

selected members of the cabal, governments and Illuminati bloodlines, and began infiltrating secret societies; known as Masons, Templars, and other spiritual communities. The propaganda of the Galactic Federation, as a pro-human ET group, is used to derail man’s spiritual awakening, to lead them into the ‘new age movement’ of Mind Control-based belief systems that prepare them for oppression.

This ‘new age movement’ includes channelling a variety of alleged Ascended Masters, but is mainly dominated by Luciferians, a grouping that uses its association with the Galactic Federation.

These groups were responsible for the use of scalar weapons in the planetary field of Stonehenge 11th Stargate after consulting with the Nibirians to erase humanity’s collective memory and eliminate any historical trace from our common and recorded history originating in Atlantis civilisations.

The Luciferian Covenant was the initiator of the tragic events that led to the Catastrophe of Atlantis. This tragedy sent Earth’s inhabitants back into the Stone Age centuries of yore.

As a continuation, the Anunnaki organised a major battle group against Atlantis with the plan to explode the protective force field around planet Earth in order to gain control of the Giza Stargate and achieve their goal for planetary confiscation. For this, they sought the support of sympathisers in the Galactic Federation. Because, many of them are originally Anunnaki descendants, who felt they had been unfairly discriminated against.

Our lineage to ancient times

A whistle-blower, generational member of a ruling bloodline family, proclaimed under his 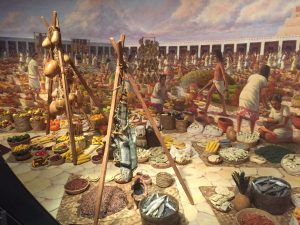 pseudonym ‘Hidden Hand’ that “Our lineage can be traced back to ancient times”.

He continued; From the very first record in history and beyond, our family has somehow run the game from behind the scenes. Our origins predate even the rise and fall of Atlantis.

We were born to lead. We are part of the current paradigm. There are 13 basic or original core bloodlines. And continues: “We are definitely not Reptiles.” There is; “Nothing remotely reptilian within the true power of our Bloodlines.”

Hidden Hand explains that the current state of humanity on our polarised planet is ‘Mind control’, that consists of directed creative energy. You get exactly what you put into it. Why do you think the media is so important to us?

You (as a society), in your hypnotised comatose state have given away your ‘free will’ to the state, to get the situation the planet is in now. Saturate body and mind with unhealthy food and info served by television, get them addicted to it, including through presentations of violence, materialism, pornography, greed, hatred, selfishness, continuous bad news, fear and terror.

Be assured that this is not fabrication or disinformation. Look around to find that 80 per cent of the population are addicted TV viewers.

The true prophets of this world 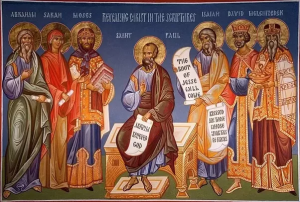 illusion known as consciousness trap. They tried to deliver a simple message explaining how all the 13 Chakra energy points of our body could be unlocked by regularly applying positive healthy living patterns, of pure thoughts and pure food combined with meditation and prayer, which ultimately leads to complete self-mastery. Afterwards, this message was seriously distorted by the addition of endless rubbish and nonsense.

The light body is our etheric corpus in its perfected, superconscious state, enabling interdimensional communication and teleportation to other dimensional realities and spaces in time.

Intentionally, most of humanity is unable to stimulate the higher heartbeat to connect the 4th DNA strand during adolescence to adulthood. For a long time, chemicals have distorted DNA patterns and created Miasmic (toxic air) connections linked to the spread of diseases, as well as core emotional problems and physical imbalances, which are unnatural.

If human beings cannot stimulate their heartbeat and access the 4th strand of DNA, they are unable to activate their Soul identity. As a result, they do not know why they incarnated on Earth, what their higher purpose is, and cannot connect with or listen to their Higher Self, because they have not activated their Higher Sense Perception abilities.

In fact, this has to do with the trauma of our Wings being cut off from our Light Body, associated with the Curse of Yahweh, and being part of the negative grouping already known as the Archon Families. 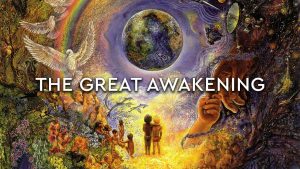 The emerging Great Awakening will be the full realisation of awareness, and of all this, to discover who we really are. All wars through the ages have been negatively initiated wars; motivated from greed, power and jealousy. To gain wealth, power and control over others through chemtrails, food and medicine.

People do not need wars, all peoples can live together in harmony, once all negative forces are transformed into positive energies.

consciousness trap, Liberty, Light, Love, New Age Movement, Our origins to ancient times, true prophets of this world, Who we are and where we came from