Reincarnation is a Fact

Where Do Simple Ignorant Creatures Come From?

Respect and Love for Others

Consciousness and Oneness is a state of mind, pre-eminently the weapon for liberation from our centuries of slavery and oppression. Every human being has the right to freedom, to go where they want. There are no laws or rules; only respect and love for others and nature, is the basic rule for all. 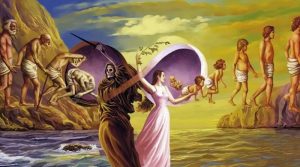 In the emerging five-dimensional world, time is eternity, without hurry, time pressure, or limit.

Who we really are is hidden from us. Our spiritual nature is our only true form. This is why Deep State powers spend so much time and money to make people forget everything. They use subtle techniques to hold us captive. That’s where the real magic lies. If you cannot see this beforehand, you are defeated. It is all an illusion. Soon people will discover their true origins, who and what they really are and what is actually going on right now.

It is also reason why only one-third of the world’s population passes the 5D final exam. Two thirds have to retake the apprenticeship on another 3D planet, because planet Earth has begun its ascension to 5D and will have completed it within a few years.

The final breakthrough to total liberation of planet Earth will come when the mob wakes up and sees who and what the Deep State cabal are and where they have entrenched themselves. The mob must be able to look its enemy in the eye to convince itself who they are!

If, people revolt en masse they have understood that they have been lied to for years by their authorities about Covid vaccinations, among others, which are not safe and effective, as they were made to believe. Healthy people drop dead after their vaccinations. This genocide will be the cause of total destruction of Big Pharma and the medical cartel. On one side are the Dark Powers that have had almost unrestricted free rein on the surface of planet Earth for five hundred thousand years, while on the other side have come the Light Forces, viz. the Starseeds, led by the Galactic Federation with the support of awake patriots on Earth who have already made great progress in removing countless negative forces on all fronts.

The true motive of the Deep State rulers is darker and more evil than most people can imagine, being “alien” in origin and literally, surprisingly transformed into the Archon Bloodline Agenda 2030, to rule our world on behalf of the “alien” Anunnaki, Gray and Draco control powers.

The Archon Bloodline families are heavily involved in the creation of an entirely new and more disconnected human being, completely trapped in the Matrix of the third dimension. They are disable beings, on a level far below the current one. Better controlled by computers, empty shells devoid of substance and free will, doing whatever the cabal demands of them.

This hypnotic magic, is backed by manipulative lying. Invented illusion of a Creator God, about which no one has any orientation in terms of reality or truth. The reality is, however, that humanity has been forever deceived and sent away from its paradise state. They don’t want them to realise that. Because otherwise, that is the beginning of humanity’s great awakening.

Our alien correspondent Vital Frosi, provides below the latest information received on this subject

WHERE DO THE SIMPLE AND IGNORANT MINDS COME FROM?

When Kardec codified Spiritism, he brought comfort to the incarnated souls, as man began to understand that life is continued even after the death of the physical body. In a way, humanity received some of the Light into their consciousness, with the understanding that death does not exist for the soul which in fact is a great conquest in terms of knowledge for every person 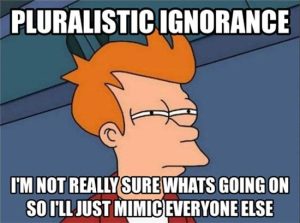 Yet Kardec’s spiritualist teachings were limited to the wheel of reincarnations. All those interested in studying it interpreted that every human being is a Simple and Ignorant Spirit in search of improvement and evolution.

In a sense, this is correct, as a consolation to those who seek this evolution. When all the lessons of this soul school are learned, the cycle of reincarnations comes to an end.

It took almost two centuries before at least human consciousness began to understand that what goes beyond Kardecism. Then little by little we became the understanding of what is beyond those teachings, an infinite range of information emerges, giving more and more information about who we really are.

First, we discover that we are not Spirit, but a fragmented soul of Spirit. We are a Monad, that is, an unlimited consciousness, created in the Divine Source, as a divine mock atom.

This is the Spirit of truth, our superior self. Created in the image and likeness of the Creator, for He Himself is the Consciousness, the Source itself, that can be called GOD.

Who is God? The-EUS, that is, the sum of all EUS, which is in fact all that exists in the infinite Cosmos. He is the tree that created all seeds. We are all those seeds. And to spread, populate and create worlds, each Atomic Seed divided into 12 Super souls, and then into another 12 Super souls. Then each Super soul divided into Souls, and these in turn into Fractals, to reach the lower worlds.

Therefore, everyone incarnated as a human on Earth is a Soul Fractal, that is, a small part of each Monadic consciousness. It has been written here before how the Monads are. So the fractal is the smallest part of a consciousness that can still return to its higher version, without losing the monadic connection completely. Even subjected to the veil of oblivion, it will ascend with all the experiences gained here on this Planet.

It has been said that in a world of duality, of reconciliations and trials is the highest that a consciousness can experience. Today we are beginning to understand that this is the point where reason still accompanies consciousness even when it is covered by veils, but it is still not the farthest point from Source, where parts of consciousness may go to create, learn and evolve.

We have also mentioned here before that at the end of learning, these experiences are integrated into our higher soul versions. And this continues until it reaches our dominant self, which is basically the individualised Spirit.

Once these experiences are there, they are also integrated into it all, as each Spirit is part of the greater Consciousness, unique as Source, that is, the Creator Himself: God (THE EUS).

Therefore, souls incarnated on earth, even if limited, are Consciousnesses who have a reason. They are conscious of their actions and can freely decide on any decision to be made. It is these decisions that advance or retard their evolution, and also the time they have to stay here to complete their learning objective.

Because of this realisation and reason, we cannot classify such souls as Simple and Ignorant as we have hitherto believed.

Certainly, other channellors have already received information from Above on the subject discussed here. However, I was led to post the topic today to bring it to those who still do not have this information.

The point is that souls incarnated on Earth already came as Fractals of higher versions, therefore they cannot be simple or ignorant. They are only subject to the veil of oblivion.

God does not create the worlds as we used to believe. It are seeds that create them. Remember the phrase, “Go and multiply; create and populate the worlds. So wherever a small Fractal of any Higher Consciousness is, it will bring Light to every place.

It is Light that creates, even in its smallest particle. And if God is Light, the Source is Light; you are Light. You are and will always be part of the Divine Seed Atom.

So if every soul incarnated on Earth is part of that Light, it cannot be simple and ignorant, as we understood. Today I received another part of our own Monad, the existence of which I did not even suspect. It is our even lesser versions, which cannot even be considered fractals, because it is such a small part of consciousness, which does not even possess reason.

This part of us is materialised in the form and state of lower kingdoms, than the human kingdom namely the mineral, vegetable and animal kingdoms.

We already knew that such kingdoms were also ‘consciousnesses’ even in its primitive form and evolution, but we did not have the information that they are parts of every Monad to which we also belong.

Even though they are consciousness without reason, every animal, vegetable and mineral particle is a version of us that went on to experience life in those conditions. 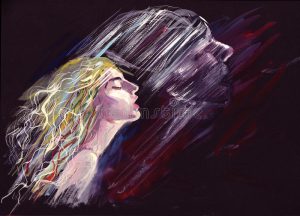 Every consciousness of these kingdoms evolves one day from the mineral to the vegetable; from the vegetable to the animal; and then from the animal to the humane. When it reaches the humane form, it acquires the state of soul, adding mind to consciousness, and it is at this stage that it passes to the state called “Simple and Ignorant Mind”, because this process is the reverse of the incarnated soul that has descended directly from a higher Dimension.

This soul coming down from the lower realms brings the experience that no soul from above can bring to the Higher Self. Once brought to Source, all can know and understand what that experience is like, for we are all One in that Source.

When we study Genesis, we have a lot of information about the evolution of the worlds, but there is always some addition missing, which I believe can only come when we have the ability to understand such complexities.

Our current consciousness is fast becoming more organised, and that makes it easier to understand what is to come.

One of the reasons why many souls come from Higher Dimensions to experience life in a Third Dimension World is no doubt to bring support to these evolving souls, also called Simple and Ignorant Spirits. 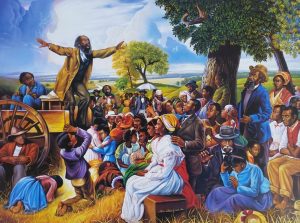 These are times of glory we are experiencing now! With each passing day, more information is coming in. Thus, we will soon complete the assembly of the great puzzle that is this incredible work of the Creator.

Each of us is a piece of this puzzle. Praise to all moments, for the revelations are already visible on the horizon.

We Pleiadians invite you to our ship. We expect you

espect and Love for Others, Pleiadians invite you, Simple Ignorant Creatures