Gold’s day on its way

Global monetary manipulators at the Fed, Central Banks, IMF, World Bank are playing for time. They need time for the United States to achieve long-term fiscal reform. They need time to create the global currency SDRs, to be accepted by the market. They probably need time to facilitate the acquisition of gold. For themselves and China? – The problem is that no time is left. A run on gold has already begun before everything is in place, and everyone has got what they need. The collapse in confidence in the dollar has begun before the SDR is ready to take its place. The Fed and Central Bankers’ insolvency is looming around the corner. As the dollar’s momentum is running out and blinking red alert. 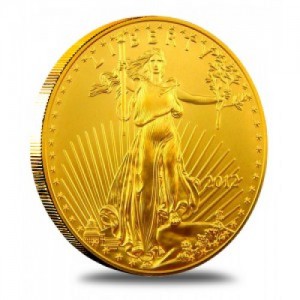 The potential destabilisation factor is the amount of gold subject to paper contracts that is over one hundred times the physical gold amount backing those contracts. If holders in large numbers were to demand physical delivery, the paper market could crash. And when other holders are going to realise that they are running out of physical gold and cannot redeem their contract for bullion, the slide will escalate into an avalanche, a de-facto bank run on gold warehouses that support the exchanges and ETFs.

A similar dynamic commenced in October 2012, when gold’s spot price hit a peak of about $ 1.900/ounce. From there gold fell in the next six month to $ 1.200/ounce. Far from scarring of buyers, the gold crash made gold look cheap to millions of individual buyers around the world. They lined up at banks quickly stripping supplies. Buyers of standard bars 400-ounce and 1-kilo bars found there were no sellers; they had to wait almost thirty days for new bars to be produced by the refineries those were working around the clock to keep up with the gold demand. Massive conversions took place in the gold FTFs, not because all investors were bearish on gold but because some wanted to obtain billions from the warehouse before running out of gold.

Gold futures went into backwardation, a highly unusual condition in which gold for spot delivery is more expensive than gold for forward delivery; the opposite usually prevails because the forward seller has to pay for storage and insurance. This was another sign of acute physical shortages and high demand for immediate access to physical gold. 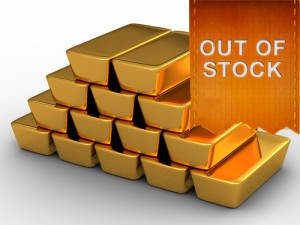 If gold-buying panic breaks out, there is no single gold window to be closed. Instead, a multitude of contractual clauses, in fine print rarely read by gold buyers, would be called into effect. Gold future exchanges have the ability to convert contracts to cash liquidation only, and to shut off the physical delivery channels. Gold bullion banks can also settle gold forward contracts for cash and deny buyers the ability to convert to allocated gold.

As a result of the force majeure clauses in the contracts, to be used by banks that sold more gold than they had in stock, investors receive a cash settlement up to the contract termination date, but not more. Investors would get some cash but not bullion and would miss the price surge sure to follow.

Physical gold already was in short supply and high demand, by early 2014, and as result of manipulation there was no spike in the price of gold.

Central Banks were still able to supress the price of gold for the short run. But the alarm has gone off. The Central banker’s ability to keep a lid on the price of gold has been challenged, while a new demand from paper buyers for gold has emerged. The entire international monetary system is 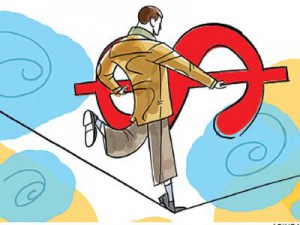 stumbling on a rope of physical demand for gold. While the gold price oscillates between the forces of physical demand and the central bankers manipulation, another greater catastrophe is looming: the Federal Reserve is on the brink of insolvency, if not already over the brink. This conclusion comes from an expert Fed critic Frederic S. Mishkin, one of the most eminent monetary economists in the world, and mentor of Ben Bernanke and other Fed governors and economists.

Mishkin warn that the Fed is dangerously close to the point where its independence is fatally compromised and its sole remaining purpose is to monetise deficit spending by causing inflation. Governments are faced with the unpleasant choice of either reducing deficits through austerity measures or defaulting on the debts. – Mishkin correctly argues that austerity hurts nominal growth, worsening the debt to GDP ratio, possibly causing debt default in the process trying to stop one. Mishkin calls this situation “fiscal dominance”. Fiscal dominance puts a central bank between a rock and a hard place. If the central bank does not monetise the debt, the interest rates on the government debt will rise sharply… Hence the central bank will in effect have little choice and will be forced to purchase the government debt and monetise it, eventually leading to a surge in inflation.

Mishkin points to another collapse in the making, independent of debt monetisation and inflation. As the Fed buys longer-term debt with newly printed money, its balance sheet incurs large mark-to market losses as interest rates rise. The Fed does not disclose these losses until it actually sells the bonds as part of an exit strategy, although independent analyst can estimate the size of the losses from publically information available.

insolvency can erode confidence and cause higher interest rates on its own. The central bank’s losses will also worsen the debt to GPP ratio since the Fed can no longer remit profits to the Treasury, which increases the deficit. There appears no way out of a sovereign debt crisis for the United States or any other country; all paths are blocked. The Fed avoided a measure of pain in 2009 with its monetary exertions and market manipulations, but the pain was stored up for another day. That day has arrived.

So now proof is delivered, a monetary system based on credit, rather than bullion, isn’t a good idea as it may have looked in the first place. A credit system cannot last in the modern world because, as the volume of credit rises, the creditworthiness of the issuers declines. The more they owe, the less able they are to pay.

The Federal Reserve Board – Bush, Rockefeller, Clinton, etc. are being asked by the WDS to settle the debt of US$ 18+ trillion to the rest of the world in gold. For that reason they are desperate to claim fraudulently gold elsewhere, as they have run out of any form of credit. The last intention recently was in Iran because their historical gold trove is worth US$ 30 trillion, according to the current heir to the Persian throne. They have informed the US Khazarian cabalists they would never ever get their hand on their gold. Now, the cabalists are becoming more and more desperate by the day. The recent riots in Ferguson, Seattle and now Baltimore and Garland Texas are carefully orchestrated to trigger civil war in order to distract attention from the US debt problems.

How much gold is left?

There’s only so much gold. But there is no reasonable limit on how much of this new credit-based money can be created. As it increases, it gives people more spending power. GDP goes up. Employment goes up. Prices – especially asset prices – go up. Obviously, everybody loves a credit 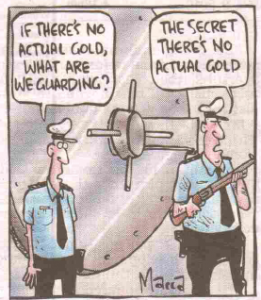 system – until the credits go bad. Then they wish they had a little more of the other kind of money. Wise governments, if there are any, take no chances. They may feed the paper money to the people. But they hold onto gold for themselves. Throughout history, the most powerful governments were those with the most gold.

“Whoever has the gold makes the rules.”

Eventually, governments need gold, not more printed credit money. Analyzing the gold sales figures over the last 12 years, Sprott noticed that there was far more gold sold than mined. Where did it come from?

“There has been a large discrepancy between the available gold supply and sales. The conclusion we have reached is that this gold has been supplied by central banks, which have replaced their holdings of physical gold with claims on gold (paper gold).

Commonly, the private sector is a buyer and an accumulator of gold, not a seller. And the quantities released to the market have been so great; Sprott believes they could have come only from central banks. – But if they have sold such massive quantities over the last 10 years, how much do they have left? Perhaps not much.

Which wouldn’t be surprising. Western central banks are committed to their credit-money system. They intend to stick with it. And they know that unraveling this unruly skein of credit would be extremely painful. How painful it really is, will be discovered in due course. – Stay tuned.

Gold price on the rise:

The price for gold is going higher from here: The only scenario that could prevent this rise would be if the world reached true economic growth and stability. This would, over time, decrease real demand for safe-haven assets like gold and potentially lead to selling, which would keep prices going down for years.

Future gold supply will fall for many years; there will be significant long-term consequences for investors – most of which are positive if already in possession of gold. If demand continues at anywhere near its current pace: The price of gold will be forced up by this factor alone, irrespectively of other catalysts, such as a rise in inflation.

Bullion will be more difficult, and expensive, to obtain. Delivery times will be longer, rationing is a possibility, and premiums will undoubtedly be higher. – Selling during a supply crunch will return much of the premium paid. This adds juice to the returns, and will increase the ability to maintain the standard of living. – And since only 1% of people own any bullion, there will be plenty of customers for gold and silver.

As result of manipulations, the gold supply from mining is drastically reduced, which could lead to a substantial, long-term decline. – If the global economy continues, as it is, which very likely won’t be the case. – Any major black swan event could make a rise in the price of gold happen much sooner. The truth is that another Lehman-type crisis could be just around the corner, while any change of course won’t be in the cards before it is too late. In other words, price rise of precious metals could happen rather sooner than later.