Genetically Modified Food is a major part of the ‘secret’ agenda 21 controlled by the RK Mafia from the shadows behind the demonic biotech cabal, the most notorious Monsanto, they know exactly what they are doing and why. Monsanto is the company that told the world that PCBs, DDT, and Agent Orange – all lethal – are safe. Big biotech is already devastating the genetic foundations of nature and people, and their target is to do it all over the planet. – There has been resistance in the EU, but lately and secretly the EU has given the all clear for GM food, because the same Archon bloodline families that control Big-Biotech, Big -Pharma and all the others, control the EU too.

The first mass experiment with GMO crops, took place back in the early 1990s in Argentina whose elite had long since been corrupted by the Archon bloodline Rockefeller family and associated New York banks. – Their aim is rather, the ultimate control over future life on this planet, supremacy dictators and despots only ever dreamt of. “Left unchecked, the present group behind the GMO Project is between one and two decades away from total dominance of the planet’s food capacities.” This aspect of the GMO story needs telling.

Monsanto’s Genetically Modified Crops Will Not Feed The World:

There is abundant and unequivocal published evidence, within and outside the peer-reviewed literature, of real harm to living organisms in the plant and animal area, arising from the growing of GMO crops and the consumption of GMO manipulated food. For the plain purpose of culling the population! This material is freely available to any scientist who chooses to examine it, and many of the key publications are found within a list recently compiled and published by GMO Free USA.

The EU regulations on growing GM crops were recently relaxed to spend millions of taxpayers’ money on GM research in the fields. They have pushed for faster approval of new crops and lobbying for public support and EU support to allow biotech crops to be planted in Britain even if they are banned elsewhere. It’s like in the WW2; victims’ tax money digs their graves, before being killed by GMO food.

Proponents of GMO crops claim that the world needs such technology to address hunger and to feed a growing global population. It is told by the GM biotech sector that GMO crops are essential, are better for the environment and will provide the tools that farmers need in a time of ‘climate change’. It even claims that GM crops provide higher yields and higher incomes for farmers around the world.

Contrary to the claims of biotech advocates, humans have indeed been harmed by consuming the output of genetic engineering. Laboratory animals have also suffered from eating products of genetic engineering, and well-conducted tests with GMO crops have yielded many troubling results, including intestinal abnormalities, liver disturbances, and impaired immune systems. Genetically reconfigured food has meanwhile become the core of the world’s food supply that is not based on sound science but on the systematic subversion of science – and it would collapse if subjected to an open airing of the facts. 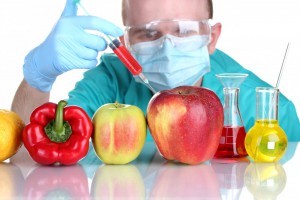 In a challenge US public interest attorney Steven Druker delivered to Monsantos’ headquarters on May 20, 2015, a letter that calls on that corporation to find any inaccurate statements of fact in his new book: ”Altered Genes, Twisted Truth”

In this book he explains how Monsanto Genetically Engineered Food has Subverted Science, Corrupted Government, and Systematically Deceived the Public. His letter to Monsanto finishes by saying:

“If by July 20th you and your allies have not been able to refute the essential factual accuracy of ‘Altered Genes, Twisted Truth’ according to the terms set forth, the world will have a right to assume that this book is as sound as the experts who reviewed it have affirmed, and to conclude that GMO foods are unacceptably risky and must be banned. Access the letter in full here:

This book is quite fascinating as it uncovers the greatest scientific fraud of our age. And, as a result, for almost two decades now families have been regularly consuming genetically altered foods that the FDA themselves classed as hazardous to human consumption. The magnitude of risk towards human health is massive, as well as the environment.

Genetically modified food began in Ernst in the decades following the DNA discoveries in the 1950s and 1970s, to find the possibility to gene-splice genes and to rewire the genetic code. In 1980 the RKM controlled – US Supreme Court ruled the game-changing verdict that genetically altered life forms can be patented. That gave corporations the right to patent life itself so long as they had tampered with it to some extend.

‘Money’ is the stated reason for what is to destroying the health of a nation, but in reality a people mass-cull is the real motivation.

A lawsuit later, brought to light 44,000 internal FDA documents, which revealed that GMO could produce allergies, toxins, and new diseases, antibiotic resistant diseases, nutritional problems and cancer producing causes. Also was confirmed that the FDA – RKM controlled – had said that GM food was different from that produced normally and therefore had different risks. The effect on human health of GMO has since proved potentially genocidal. This must have cost the lives of multiple millions of people and animals, and serious suffering of untold numbers of people that had their health devastated by GMO. 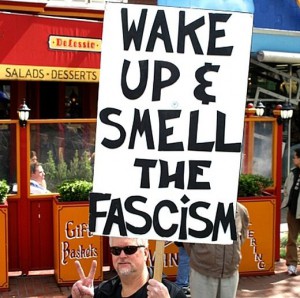 Big Biotech fully and partly owned by the RK Mafia is getting virtually all that it wants from FDA, while organic farmers and growers and small farms in general are being destroyed by a mass of new draconian laws on the grounds of ‘food safety’, imposed by inspection squads with guns in their hands and air in their heads. – Food fascism is all around us, for which Monsanto is responsible.

The big sell is that without GMO the world and especially the poorest countries will not be able to feed themselves when the opposite is the truth. GMO requires incredible amounts of herbicides and pesticides, which destroy the fertility of the land, the environment, and cumulatively poison the public. Insects and fungus mutate to overcome the poison and so more powerful toxins are being introduced and sprayed. – The Community Alliance for Global Justice pointed out that, “Monsanto has history of blatant disregard for the interests and well-being of small farmers around the world.”

GMO crops are patented and owned by large corporations. These companies profit from the sale of GM crops and royalties on GM traits, while small-scale farmers round the world bear the increased cost of buying seeds and the risks that come with using GM crops. GM crops reduce choice but increase risk for farmers, while the likes of Monsanto dominate the agritechsector and rake in enormous profits.

Disagreeing, Monsanto claims its GMO’s are the ‘solution’ to world hunger. These claims continue despite every half an hour a farmer is committing suicide in India because of failing GMO crops and the impossibility paying for Monsanto’s products essential to GMO, because Monsanto’s GMOs are made to work only with Monsanto herbicide Roundup (glyphosate). This gives Monsanto control of both the crops and the poisons required being applied with the crops by small farmers.

The International Assessment of Agriculture Knowledge (IAAK), department of Science and Technology for Development, which involve some 900 scientist researching world hunger, concluded in their 2009 report ‘Failure to Yield’ that GMO crops don’t produce increased yields in the longer term and yet cost far more to grow and pose fundamental dangers to the environment and health.

Monsanto is part of the global web of Archon controlled bloodline organisations under the coordination of the Rothschild-created-and-controlled World Bank, which with its Rothschild created and controlled complicit the International Monetary Fund (IMF) has caused death and destruction across the poorest regions of the world and opened the door for acquisitions on the cheap by Archon corporations.

Monsanto, Big Biotech and Big Food have spent tens of millions to prevent consumers even knowing which foods are GMO and which are not in a campaign to block the mandatory labelling of GMO products. There can be only one reason for this and that is the knowledge of how many people would reject GMO if they were give the choice. – GMO food is the continuation of the Archon genetic manipulation of the human body and this is why they don’t want labelling or eventually any alternative. The modified food DNA in what is consumed is transferred to human DNA and that is what they are desperate for us not to realise and therefore avoid those consequences. 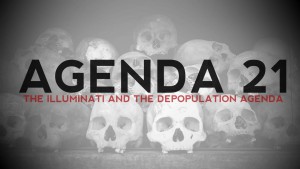 Welcome to Agenda 21 when corporations completely rule life unless we stand up and refuse to take this. The Archon corporations did everything they could to block the right of people to know what is in their food, as they are anti-life. Think about what that says about where we are. Corporations spend millions to deny people the ability to know what is in the food they are eating, when the food has been genetically–modified in ways that make it impossible to know what the full consequences are going to be for human health. But clearly sufficiently is known to see that it potentially is genocidal on a grand scale.

Humanity is being systematically and cumulatively poisoned through the food supply.

Documentary a shocking and impressive video about Monsanto:

How farmers are harassed and intimidated by Monsanto squads.

The truest inside story about GMO food manipulations, no one dares to talk about. Canadian Farmer Percy Schmeiser is the ‘David’ that defeated ‘Goliath Monsanto’. Percy and his wife in their eighties are genuine fighters for the well being of humanity. If many more people are as courageous as this couple – for sure – the criminal Archons will be defeated. Watch what kinds of humiliations were endured dedicated; energy; truculence; stamina; pushing-power; ingenuity; and efforts made; to reach all-out victory. This couple earns the ADMIRATION – AWARD of the 21st century. A very complete and accurate heart-breaking documentary, showing personal ingenuity and lots of endurance; utilising all avenues left available. Judge for yourself, a film being recommended for everyone interested in a sincere FREE WORLD for the present and coming generations. Thank you Percy and your wife for all what you did ‘out of conviction’ for others – for all of us. Humanity should be grateful for you! 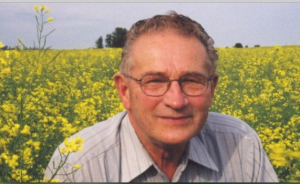 He is specialised in breeding and growing canola. He became an international symbol and spokesperson for independent farmers’ rights and the regulation of transgenic crops during his protracted legal battle with multi-national agrichemical-company Monsanto.