The Light Shines Upon Us

What is Happening Now 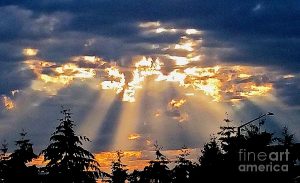 The mystery of the Earth’s transformation today is awakening more people every day. Ignited by the events, it is inviting more and more people to wake up.

The number of people observing themselves and wanting to understand life has increased. It is perceptible in development, unfortunately the noise still drowns out this silent change in the hearts of many.

As soon as, in silence and peace, the attention has been shifted, a different world with new realities is opening up; the need is for humanity to stand up and wake up, so that at least a part of humanity will set its course towards the Light and not be distracted from it.

In the near future, the world of 3rd and 4th density or dimension, will be home only to those who wish to continue in this density, whose life cycle has not been completed.

Even though it may seem now that there is no way out of this situation, where Dark Powers still hold sway, the truth is clearly different – their war is lost and we have won!

The energy for the breakthrough is building among the people – and one day, which no one can predict, completely unexpectedly, the full extent of the lies will come to light and be seen by the masses, and they will discover that they have been grandiosely duped by their authorities. 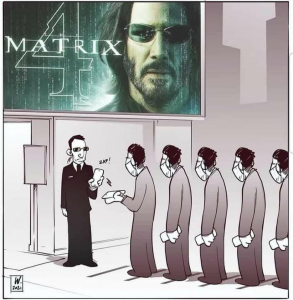 At that moment, through the supremacy of the people, everything will turn for the better while everyone will turn towards the light. Consider the period now as preparation, but it will definitely happen. The matrix has been broken, it is now only about the mass awakening of the people. They must be able to see the corrupt criminals with their own eyes to know who and what they are, and that they have done untold damage to the people.

The deeper you are rooted in yourself and the more connected you are to your soul, the greater your understanding of cosmic connections and how you can live more easily and harmoniously.

Everything revolves around independent thinking; unfortunately, few have been taught this. Maria Montessori, with her emphasis on autonomous thinking and individual intuition, used children’s natural eagerness to learn to teach this experiential knowledge and to demystify the classical follower attitude.

The power of the dark forces will give way on the day the people rise en masse and return planet earth to us. Remember that many still have to attune to this positive transformation, and this takes time.

This is the greatest and most beautiful challenge: to unite mankind to purify, protect and preserve the earth as the jewel of divine order.

Our returning extraterrestrial author guest Vital Frosi is below helping humanity on earth to prepare for the new 5 D World.

Continuing from the last text, a little help is hereby given to you in detoxifying the body. Remember, you are in the most intense period of energetic and frequency adjustment humanity has ever experienced. 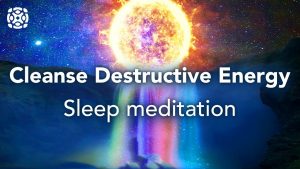 This adjustment is necessary because the portals are now radiating energies that will unlock the 10 strands of human DNA. These were suppressed by the invasion of the Archons hundreds of thousands of years ago.

As mentioned earlier, the human body has 12 helices. However, genetic modification through hybridisation with reptile races reduced these DNA strands to just two. This process limited the entire human race on Earth in its development, making them easy prey for the overlords.

The Creator has decided that this is now enough, and here ends the reign of the dark powers. But the human body has to be adapted to restore its original potential, necessary to absorb the higher frequencies of the Fifth Dimension.

This process is already underway, and will happen gradually. The five Portals will bring the necessary resonance vibration to unlock the 10 inactive strands of DNA over the next 40 days. In the last text, it was already mentioned that your DNA is shifting towards a GNA (Galactic DNA) category that predominates in the 5D-World and higher dimensions.

Because the shift is quite intense, several unpleasant adaptation symptoms may occur. However, not everyone feels the same symptoms with the same intensity. So don’t worry about comparisons. Observe your body and try to understand it.

The change in the DNA will cause major changes in the whole body, but not in appearance, but in the digestive, respiratory, circulatory, renal systems, etc.

One of them is natural. By tuning in to nature, then the process goes The most common at the moment, has to do with the digestive system, because this system completes the energies of the body. These symptoms have been mentioned in earlier articles.

Here, are some recommendations given to alleviate these symptoms, as they can be very intense at certain times or days. Except in situations where there is evidence and specific causes, you do not get sick.

Try to listen to and observe your body more, especially the physical body. It is the body that undergoes the greatest change. Of course, the emotional body also adapts and its specific symptoms should not be ignored.

Nature is the great ally in this struggle. That is why animals and plants do not feel discomfort. On the contrary, they vibrate with the new energies already present on the Planet. It is an incredible celebration for them. Their adaptation is natural and there is no resistance on their part.

Human beings, on the other hand, have ingrained beliefs and emotions that are engrained in the registers of the soul, these are causes that adapt to every situation, and in this way they give a lot of resistance to every change. This resistance increases the potential of any symptom. The emotional body is responsible for the accumulation of blemishes that must now be purified.

The physical body has accumulated elements through the chemtrails, chemicals in medicines and in preprepared food and food storage. Also heavy metals in the air we breathe, in the water we consume, found in pharmaceutical, hygiene, cleaning and beauty products. All these elements are known from the periodic table taught at school those are also present in the body. Not in your memory, but impregnated in your organs.

Hopefully, you now understand that the elementals are trapped in your body. The area where they are concentrated is called the solar plexus, or the chakra located at the top of the abdomen, i.e. the core of your personality and ego. So, the area around the stomach and also the whole digestive system. This is why the discomfort there is greatest in that part of the body.

Detoxification is in fact the letting go of elements. This can be achieved in many ways. almost imperceptibly. Also, exposure to the sun for an average of 15 to 30 minutes a day, between 10 a.m. and 4 p.m., helps detoxify heavy metals.

Walking barefoot discharges the elements in the Earth. So does hugging a tree, or bathing in water. Even showering helps. Therefore, when you have finished your bath, and you are rinsing, close your eyes, make a pyramid with both hands, using the two thumbs as the base and the two index fingers as the walls, bring this pyramid up to your chest, just above the Thymus gland (the part that touches you when you say “I”) and breathe deeply, imagining the air coming in through the pyramid. Then slowly let go, as if your body is letting air out of all pores. Let your imagination run free.

Even colours heal or anything that comes to mind in that moment. Release everything in your body and let the water take over. It only takes 2-3 minutes to do this cleansing.

Of course, there are many therapeutic techniques in use today that are all useful. If you need them, don’t be reluctant to seek them out. Below, the methods will be listed for anyone to apply them without leaving the house or without financial cost.

A useful procedure can be done before going to sleep. In fact, it is two methods. Ask it this way:

The same request can be made to the healing chambers of Telos, the intra-terrestrial city under Mount Shasta. Ask to be taken there to undergo healing in the Crystal Chambers of Telos.

Medical beds are now available. Not here on Earth’s surface, because the big 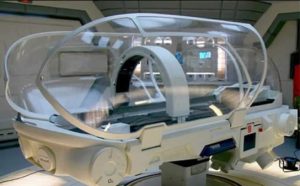 pharmaceutical companies do not allow them. But because it is a Pleiadiani technology, they are available on their spacecrafts around the Earth.

It can also be requested before you go to sleep, to be transported there while you sleep, and to be cured in the same way. Those who already have a greater understanding can ask to be consciously transported there. Just do a meditation and ask for this transportation, seeing and feeling the whole process yourself.

But, one has to believe and trust in all procedures. The body always obeys the sincere mental command of its owner.

Yet another procedure can be applied that greatly reduces the symptoms. When a symptom arises with no apparent cause, focus the mind on understanding that this symptom is a process of energy regulation.

Ignore limiting beliefs that it could be something serious or an illness. Listen to the body, accept the symptom and say mentally: it is adjusting to the new frequencies.

As you do this, ask forgiveness of those elementals who have been unintentionally imprisoned within you. Tell them, in the name of the Christian Order, that you will now release them. Ask them to return to their home in the second dimension. Imagine that you see them returning through this pillar of light. Thank them for all the learning they have given you, and feel free from the negative effects they caused when they were trapped in your body.

This includes many techniques and procedures, which always bring relief to the symptoms of detoxification. Not to mention that many miasmas are also released, but these, unlike elementals, are produced by the emotional body. – Explanation; Miasma theory is a theory taught in homeopathy to explain the cause of chronic diseases.

But miasmas can also be released using the same techniques as elementals. The great master said this 2000 years ago; “Know thyself and thou shalt be healed”… Use your innate powers! You can do this and much more!