The Great Milestone for Humanity is the Year 2022

Ability is the only limit

If your question is, what is wrong on Earth right now? Is the answer, everything, from food, agriculture, language, education, health, technology, science, sports, money, business, and much more. 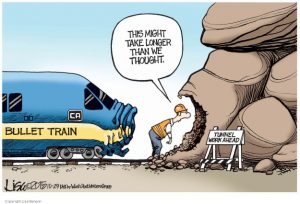 To begin with, people must learn to think independently; to act in innovative ways, because most, if not all, of the existing parameters will be obsolete. The meaning and value of money will be totally different from what is usual. Everyone will have enough money to live on. There will be no need to take advantage of others or to steal to buy anything. Skill will be the only limit to one’s ability. Everyone is free, allowed to pursue any hobby, and to work when they wish.

GESARA is designed to remove poverty and all resulting ills from the Earth during the transitional phase. The changes will not be made for the sake of poverty, but are part of the plan to bring comfort and protection. This will take people’s experience to a new level of joy and happiness.

Being happy with your life will become the common experience. Some say that money can buy happiness, but money can only buy goods and services! See the many celebrity stories to know more. Stupid people want robots to replace people, they think everyone should agree with them. But the truth is that no robot can replace a human being. Nobody wants to go to a restaurant where a monotonous robot voice takes your order!

Planet Earth gets a new positive dimension for Environment, Food, Happiness, which creates more jobs by saving and purifying planet Earth. The gross sales metric is redundant, as the spending of money is just an illusion, like the numbers for value of shares or real estate, etc. People will start to realise their true purpose in life, which has been forgotten by the majority.

The whole population will benefit from GESARA. The Earth is one of the most abundant planets. There is more than enough gold backed money on Earth for anyone to be a millionaire without debt of any kind or nature.

The bottom line is that GESARA is more than a financial event, it signifies a new era that is about to take place. Once it actually begins, it will be the final end the Deep State and its puppets. And the beginning of our new positive 5D-World.

This huge upheaval is bringing great change in the destiny of mankind. It brings visible and unmistakable feelings of bliss. People are going to feel better, while those who are not awake will not know why.

This GESARA event will prove to be the most important event in history of mankind and will be experienced during our lifetime!

To the question when will this happen? Is the answer; when the masses rise up against the murder of their children through the fake Covid Pandemic and their poisonous injections. Full stop! 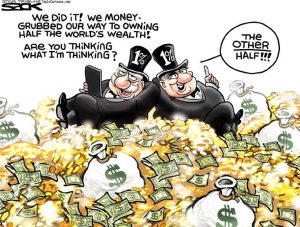 The battle against the global mafia has already been won, but convincing zombies of what has happened is impossible; they will first have to experience it first hand, after which the liberation of planet Earth will become reality.

With this, the coming major changes have been outlined and why it is taking a long time to realise it all. The wait is on for the masses to wake up, as they can’t be convinced in any other way than by experiencing this for themselves.

Our returning extraterrestrial correspondent Vital Frosi tells us more about this.

The Great Milestone for Humanity is the Year 2022

The year 2022 of the Gregorian calendar will be the great divider that separates the New Earth from the Old Earth. The souls who will make the ascension in this present incarnation 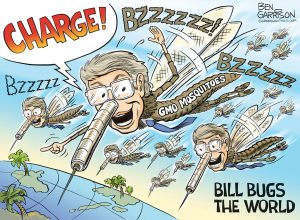 will forever remember that they were here and were part of this great event.

The true marker of time is now knocking at our door. Fortunately, there will be many who have spared no expense to come here. The helpful and pure in heart will finally have the opportunity to reap the fruits of their sowing.

The year 2022 will not be equally good or bad for everyone, because it will fully adapt to everyone’s conscience. Therefore, it will be perfectly normal for a part of humanity to achieve positive results, while another part will only reap difficulties and problems.

Some will see doors open, while others will see closed doors in front of them. Let us not forget that everything that is attracted is in accordance with everyone’s consciousness. The law of attraction determines everything. The following quote from Christ sums it up well, what will happen in 2022:

“To each according to his deeds”.

Those who sowed wheat shall reap wheat. Those who have sown weeds, on the other hand, will reap from their own seeds.

It has been said so often in previous articles that everyone builds his own reality. Therefore, you should not expect others to do it for you.

There are many readers’ comments who say that nothing happens. Indeed, nothing happens for those who do not pay attention and do nothing to contribute to the changes.

It is also true that change always happens from within, and that everyone has their own key that initiates change. Waiting for someone else to do it for you is a solution that never comes. And so the cry is always the same: “they talk and talk but nothing happens”. And in fact, for these people, nothing will change.

Let’s do a little review of everything that has been posted extensively on FWC lately.

In 2010, the timeline, after which the earth changed. The old Armageddon timeline was scrapped in order to ensure a smooth transition. And that was no gift from above; it was thanks to enough incarnated souls who did a lot to bring the energy to the necessary higher frequency level, because that was possible.

Because of this change, all the earlier predictions about the end of this Cycle could not take place. At least, not in the way that was predicted and envisioned. 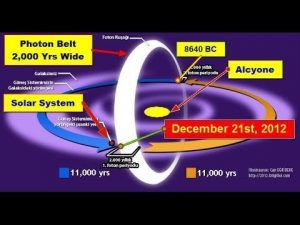 In 2012, the Earth entered fully into the Photon Belt, and the intense light coming from the Central Sun, began to turn the change in the Earth’s energy, and of everything that inhabits it. Then, the Age of Aquarius began. For four years, everything adjusted naturally, so that a certain peace prevailed on Earth.

In 2016, the phase of dismantling began. Indeed, you cannot create a new work in the same space without first clearing the old. Everything collapsed in 2018, the demolition was complete. Although you cannot see it with your physical eyes, it was energetically correct, how all this happened. That is why many do not perceive anything.

In 2019, the period of reconstruction began. For 3 years, everything has been reassembled and tested, so that in the succeeding phase of the planetary transition, this process is now concluded. New systems are ready to take effect. Nothing will be a shadow of what it was before.

Therefore, the year 2022 will be the watershed. All changes will be designated as before or after 2022.

And so we enter the great year 2022! The Year of Rebirth! Yes, for the Old Earth will finally be buried! A new positive Earth will arise in its place. Of course, there will be those who expect magic, like taking an old couch out of the living room and putting a new one in, on Christmas Eve. That will not happen. The New Earth will appear and manifest as never before, but first over time, because the Earth is a Planet.

The reconstruction will be noticed by a large part of humanity. We will then have the conditions for successive events to manifest. They will come sequentially as development adapts. The (awake) souls who inherit the New Earth will know what is really happening and why.

It will also be the year of unconditional love. New feelings, new emotions and a new understanding about every aspect. Society is going to reveal itself in a visible way.

Competition on all levels will fail. Finally, the cleansing and removal of the old command of the earth will become more and more evident.

It is normal to hear someone say that this will only happen in 200 years, or in a thousand years. We have to confirm this, because for two thirds of humanity their new chance will come later.

The advice is not to enter into conflict in 2022. There will be difficulties for those who are not on the same frequency. Help the ones you ask for help, and do it with love and mercy.

Respect the limitations of others. Ignore criticism and insults. Remember that each is in its own frequency range, and no two souls are the same. There are groups of souls with 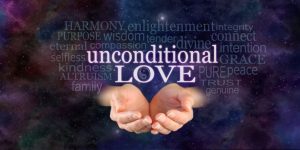 compatible atonement, but possibly not on the same frequency.

Compassion, unconditional love and respect are the most requested skills in 2022. Your actions will determine the quality of the work you will do.