The most important thing people have to realise is that our 3 dimensional reality is not real. That means it is nothing more than a consciousness trap. Who we really are is hidden from us. Our spiritual nature is our only true form. That is why all these dark forces spend so much time and money trying to make people forget everything. They use subtle techniques 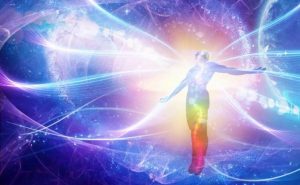 to keep us imprisoned. That is where the real magic lies. If you cannot see this in advance, you are defeated. It is all an illusion.

But soon, people will discover who and what they really are and what is going on, when they discover their true origin.

And, the patriots of the Trump Team who are making great efforts and progress to remove the dark negative forces from our planet for good.

There are nine main areas where the hidden dark forces have heavily infiltrated. These are the military, government, religion, education, management, finance, media, healthcare and science. In essence, they are everywhere in public life. They hold key positions in all these key areas, aided by a fully controlled and complicit Media Network, they have full ownership of the Financial System and all major financial institutions, they have practically, covered all pillars of our society.

Since President Trump took office, his first move was to get the military on his side, by removing dangerous top generals, purging and refinancing the military.

What is the true agenda of the Archon, Anunnaki and Draco cabal? What are they really trying to achieve here on Earth, and why do you need to know? The true motive of the Deep State rulers is darker and more evil than most people can imagine, because it goes “extraterrestrial” and then is literally transformed, in a surprising way into the Archon Bloodline Agenda 2030 to rule our world on behalf of the “extraterrestrial” Anunnaki and Draco Control Matrix.

The Archon Bloodline is deeply involved in the creation of an entirely new and even more disconnected human being, completely trapped in the Matrix of the third dimension. They are human beings disabled to a level far below what they were before, but more controllable by computers, leaving these beings with no free will and no choice but what the cabal demands.

The hypnotic magic, lies in the influence of manipulative lying. Made up on the illusion of a creator god, about which no one has any orientation in terms of reality or truth. The reality is that humanity has been deceived and removed from its paradisiacal state forever. And they do not want us to realise this. For in that case, great awakening of humanity on Earth will begin. 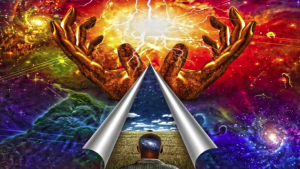 Bear in mind; Consciousness and Unity is the weapon to free us from our centuries-long slavery. Every human being has the right to freedom, to go and stand where he/she chooses. There are no laws or rules, respect and love for others and nature is the basic rule for all. In the 5D-World, time is eternity, without haste or time pressure.

THE TOOL FOR EVERY AWAKE

Throughout life, every human being is given tools in accordance with his or her incarnation project. This soul plan is worked out in the astral, that is, even before incarnation. Logically, 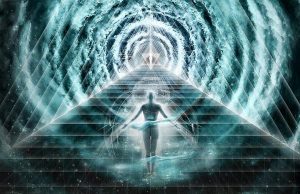 once in matter, the soul does not remember its own plan. This is the secret that few understand. And we also find that many do not accept it.

The Terran School is one of the schools that offer such an apprenticeship. In each reincarnation, the soul experiences a unique reality, as if it were the first time it had come to this Planet. And forgetting previous lives is fundamental, for if it were, there would be little or no point in being here.

In the period between lives, after passing through the portal of 4D, the soul, already without the physical body, reaches a certain expansion of consciousness, sufficient to remember its last incarnations. After a certain period, which is different for every soul, it begins to understand its process and its incarnations. And it is on the basis of this personal history that the soul draws up a new plan for a new incarnation.

Once reincarnated, the veils again cover its consciousness, making it forget its own current project. But the Divine Laws are wise and never abandon anyone. By being here in matter, infinite possibilities arise for each soul every day. And according to the choices each one makes, appropriate tools are given to him to accomplish these tasks.

It does not matter what anyone does or does not do during his material life. What matters is how he will use the tools that are made available to him. If the Earth is a School Planet, all subjects will have to be learned. This is the condition for gaining approval and for the soul to ascend to a higher level.

Knowing that we are in a 3D Dimension, where Duality is the basis of learning, in this School we naturally have to learn what it is to live in polarity, i.e. on one side and on the other. And so we experience all the possibilities within what is known as GOOD and WRONG.

Many prefer to talk about successes and mistakes, but in duality there are no mistakes; there is LEARNING! Mistakes are our best teachers. They teach us the fastest. By making mistakes and doing it right, humanity learns to walk in the line of the centre, which is the straight line of ascent.

By learning from the mistakes, there is no need to repair them through the pain of redemption. The big problem, and this brings with it the need for painful redemption, is the insistence on the mistake. But there too it is a choice.

Man has a tendency to complicate what is already easy by nature. And what leads him to such attitudes are invariably his personal interests. Greed, lust for power, vanity, pride, in short, all the possibilities that place him above others, is the great risk we all run while incarnated.

As I wrote at the beginning of the text, even if we forget the Plan of the Soul, all the 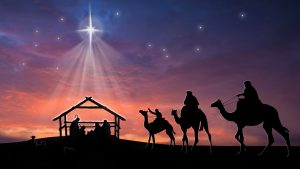 necessary tools are made available to us as we walk within an incarnation.

When we use them harmoniously, we walk the straight path of loyalty to the Divine. However, when we use them to our own advantage, i.e. to bargain, to profit, or to the disadvantage of others, we take on the responsibility of the obligatory ransom in the future.

There is a phrase attributed to Christ Jesus: “To whom much is given, more shall be required”.

Yet he will also be charged for what the person did with the hoe. If he used it wrongly, for example by pulling up the cultivated plant instead of the weeds, he will of course be reprimanded. So will the one with the tractor, if he did not use his tool according to his skills. 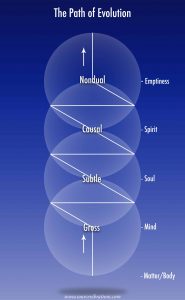 It does not matter what tools you have. What really matters is what you do with them.  Therein lies the secret of life. It is not because the Dark Ones stood in your way that you will now find excuses or justifications for the failures that have occurred. You alone are responsible for the results according to what was offered and allowed to you.

Then you begin to understand that life is not complicated. We make it complicated when we mix other interests with what was only meant to be learned. Ambition always puts everything at stake. Don’t make your climb even harder. Responsibility, abnegation is denial, patience, perseverance and trust are and will remain indispensable ingredients on the path of evolution.

The rest is nothing but unnecessary baggage that only slows down the long walk of life.

Feel encouraged to share this insightful article with everyone you know. The greater the number of awakened, the better it is for us digital warriors. Although the battle against our oppressors has already been won, it is necessary for the majority of the population to see their enemy before they are removed. Namely, if they do not see who their enemy is, they will not believe who they are!

Remember; at least more than 50% of the population must be truly awake, before the final blow to the Deep State cabal can openly be successfully delivered. Although our battle already has been won, the sleepers need to see their enemies first, otherwise they won’t believe who these are!

Only Old Souls will Feel this; If you are feeling it, pay attention