How to break the power of government

Who has the last word?

The majority of the population is unaware that the government is in the service of the people to run the country or state. The reality is that ultimately the power lies with the people, for they have a constitutional right to determine what should and should not be done. In case of 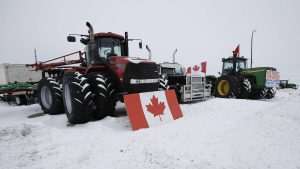 non-compliance, the government can be sent home. So, in the case of failure to act in the interest of the country and/or the people, the people take back their trust and dismiss the government and take control themselves. As is happening now through the initiative of the Truckers and many others.

We have a right to resist and we have an obligation and the duty to do so! For ourselves and children’. Wat this short video to understand how we peacefully can free ourselves. Take an example from this lady freedom fighter.

Consciousness and Unity break the power of the Deep State and its followers. In reality, the mandates and measures against the fake Covid pandemic are eroding the social consciousness of the people. Some understanding is required to identify the social engineering programmes of the global elite and how not to fall victim to them.

The global elite want 90% depopulation. They want total control and surveillance of every aspect of your life. They want socialism, with the power and wealth in their own pockets, in other words communism.

Consciousness and Oneness are the immediate obstacle to these plans. Now, they want to take away everything of value and lock up the remaining population in camps. They do this in the name of preserving planet Earth and improving the climate, which arguments are lies.

If everyone is quarantined and driven around in electric vehicles with limited range, they can be better controlled. Be assured that all climate and other new regulations are designed to confine the rest of us to restricted areas, such as FEMA camps, among others.

What people should really be afraid of is not the fear of dying from a non-existent virus or Covid infection, but of the tyrants who rule the world. They scare people until they submit to their goal of total tyrannical control in a once free World. On no planet out of the many millions in the Universe has the population ever been so oppressed as is the case on planet Earth!

What has happened to us is outrageous and absolutely unacceptable, why we are receiving solid help from our extraterrestrial brothers and sisters. Be grateful for that from your heart.

The false Covid-19 or Corona virus has changed the world, although it is nothing but Science Fiction. It is a manipulation of the Deep State that uses Corona as a pretext to change the world in the penultimate phase before the final implementation of the New World Order. They have discovered, for the purposes of their despotism and deceit, that health statistics have a greater impact than all economic indicators combined.

Another route to be followed is the destruction of the population from within, as is now happening with the mRNA vaccines, which inactivate the human immune system to stimulate the growth of cancer cells. Modus RNA effectively hacks the human life software. It ends the body’s healing process. These injections are the most reckless acts of medical treason ever committed against humanity. 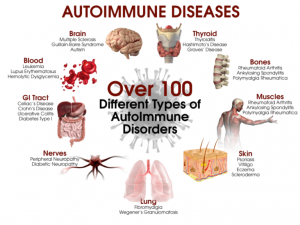 These mRNA vaccines are not only full of toxins, but they also alter the natural immune system in such a way that it greatly over-reacts when victims are exposed to almost any pathogen, including the common flu. They will be attacked by their own immune system, a process known as autoimmune disease. These attacks are more deadly than any disease.

In this 10-minute video, Dr Sucharit Bhakdi discusses the fundamental reason for the current wave of “breakthrough infections:” the failure of the COVID vaccines was to be expected because fundamental immunological principles were ignored in their design.

After reading this information, be convinced that we the people have the final say, use it now, to secure the future for our children.

Our returning extraterrestrial guest author Vital Frosi gives us the guidelines to prepare for our ascension to the new 5D-World.

The Gates of Ascension 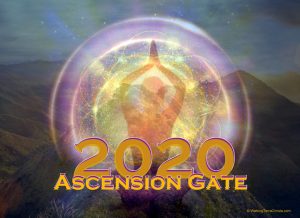 Talking about portals is becoming more and more fashionable. A few years ago it was certainly not a common topic, and the few times it was heard of, it was only in so-called fiction films. The idea that people had about portals was simply an imagination of something outside reality.

Imagine entering a gateway and immediately appearing in another dimension!

Humanity’s consciousness is limited to the Third Dimension and only just by 1 – 2% of the total population.

It is part of the Divine Plan in the evolution of the worlds. However, there was an aggravation with the invasion of Archons some 460,000 years ago. Earthly humanity, then very limited in number and consciousness, underwent Archon-imposed mental reprogramming to gain remote control over them regarding their activities and actions.

Many call this primary implantation. But it is nothing physical, because the human mind itself responds according to this kind of programming. Over the millennia, the beliefs and repetitions of paradigms have made the people collectively hostage to this Dominant system.

As I have said many times before, the predator will not run after you; it merely implants a System that only works in the collective, making all incarnates hostages to this programming.

This implant is placed in the pineal gland, also called the third eye. There is also the Frontal Chakra, which is the Multi-Dimensional Portal that connects every incarnated human being to Source, and also to the higher versions of themselves. It is through the Third Eye that we expand our consciousness and connect with other Divine Beings who support and guide us.

Once this Portal is controlled by the Archons, our connection to Source is severed and control is naturally established through the reduced consciousness within 3D reality.

Some believe that these implants can be removed with a technique. I can tell you that this is impossible. What the implant can solve is the expansion of consciousness. Only you can do this, and it takes a lot of willpower and determination.

The reversal of the primary implant of thought control also requires help from outside the Planet, which comes through the increased strength of Photon Light. Which is already underway. This will make it easier for those who are determined to pursue their ascension and achieve their liberation from under the yoke of reptilian domination.

When the Archons arrived on planet Earth, they also promoted an inclination of the Earth’s magnetic axis to partially suppress the Light. At this time the Positive Galactic Forces are moving the magnetic axis of the Earth back to its original position. And with the arrival and increase of stronger Photon Light, there is a greater chance of removing primary implants.

This fact has been proven by the gradual increase of awakening souls here on this Planet. Nevertheless, the dissolution of these implants will depend on the will of each one. The first step is to break down all belief systems.

Lies and fear are the main tools used by the Archon rulers. This is how they control the entire sheeple population.

As the millennia pass, the flock no longer remembers or believes that a world of freedom exists and is possible. 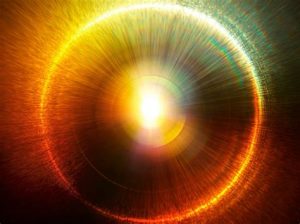 The increase of the Photon Light and the resetting of the earth’s axis to its original position brings a natural restlessness to every consciousness, and this creates a favourable condition for seeking something more. This condition is sufficient for all living souls who seek their freedom to take the first steps towards ascension.

With a little willpower and determination, the implants remove themselves and nothing and no one can ever trap you again.

As consciousness expands, the Archons lose control and the dominion over your soul. This is also their greatest fear. No power used so far, can undo the ascension of an awakened soul.

When we say that the Earth is freed from darkness, we mean that nothing can stop what is coming. Since 2012 the light is getting more intense every day. It will reach its peak with the arrival of the Great Solar Flash, which will break through the last veils that cover the controlled consciousness. It is certain that only 1/3 of humanity is ready for the ascension, but nevertheless the reign of darkness on this planet will end. Even those who must continue their education on the worlds of the third dimension will have a planetary home free of these hideous oppressive shadows. 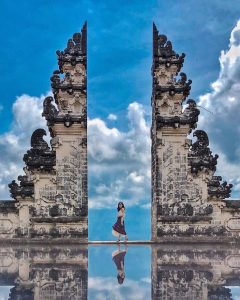 For a large part of humanity, the gateway to Heaven comes closer every day. You have already passed through many smaller portals, and as you pass through them, you are approaching the last portal, which is the very last one. Remember, the Portals are not fiction as people used to think! They are real, just like everything we thought was fiction.

Conversely, everything we thought was real will soon turn out to be just an illusion.

Feel encouraged to share this insightful article with everyone you know. The greater the number of awakened people, the better it is for us digital warriors. Although the battle against our oppressors has already been won, it is necessary for the majority of the population to see their enemy before they are removed. Namely, if they do not see who their enemy is, they will not believe who they are!