The End of Our Debt Slavery

The people’s greatest enemy, the Deep State Cabal, cannot be defeated without great damage, it must destroy itself, using, among other things, the imperfection of its monetary system. Only then, can the vital innovations be introduced and our liberation realised. Below, 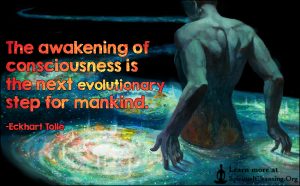 the strategy is explained, followed by the necessary personal preparation for our new 5D-world.

There is no solution to an ever-increasing money supply that deliberately destroys currency by continually printing new money to prevent deflation, which otherwise results in depression. The world’s fiat money systems cannot accept deflation; this is compensated for by printing more and more money to generate inflation.

This situation that has arisen is irreversible; now caused by the lack of money circulation. It has been produced by the cabal itself through the fake pandemic measures, which prevent central banks from generating the result they want. However, they have no other choice or power to stem this tide, but to constantly print new money, which nobody spends, so that the extra money has little effect on the economy. This money disappears into real estate and stock markets.

If the cabal does not find a way to increase the velocity of money, inflation will occur and prices will rise, otherwise the world will fall into a deflationary trap that will scare the central bankers. Because with deflation, real debt goes up. While tax revenues fall and Banks go bankrupt. The Deep State cabal has literally killed itself because of its unsound money system.

A completely free banking system and a reliable gold standard are needed to change this. As is provided for in the new QFS system. To clarify, before World War I the banking system in most of the world was based on gold, although governments intervened from time to time, the banking system was freer than it is today. 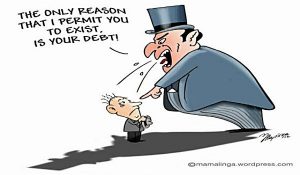 As a result of too rapid an expansion of credit, caused by too low gold prices, the banks became lent out to the limit of their gold reserves. As a result, interest rates rose steeply, new credit was cut off, the economy collapsed, and a recession briefly ensued. Although governments intervened from time to time, the banking system was barely regulated at the time.

A free and reliable banking system, based on gold, is able to expand the available money via banknotes or currency, and to create deposits, as the production of the economy increases.

Without the gold standard, there is no way to protect citizens’ savings from confiscation through inflation. Thus, there is no safe store of value to protect savings. If such a thing were to exist today, the government could declare the possession of gold illegal, as happened in the US in 1933.

But, if an attempt were made to confiscate gold, governments know that there would be a storm of resistance. So this measure is not imposed, because it cannot be enforced without civil disobedience and resistance.

However, the value of people’s savings is now being confiscated by inflation or by the zero interest rate policy that has turned into negative interest rates in many countries. Worse still, through bank failures or bailouts of banks, savings may disappear altogether.

The wait is on for the self-destruction of the current money system, which is already in full swing. Other forces are also at work, making the situation worse every day for the Deep State. Keep an eye on this development to know when the final breakthrough for our liberation will begin.

The information below is provided for the purpose of necessary personal preparation for the 5D world. It comes from directly decoded etheric transmissions from the benevolent Lightworkers stationed in the Earth’s solar system.

Some details come from members of the Earth Alliance, also known as the Great White Brotherhood.

The message received is relayed below by Michael Love

This is a special message for the Starseeds of the new Earth, provided for immediate planetary application.

The most powerful Pleiadian ascension ritual you can perform to re-connect your DNA strands and raise your consciousness levels while sleeping is solar yoga! 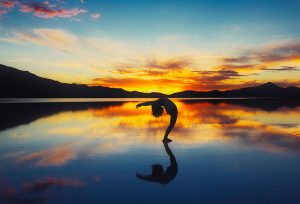 Have you ever heard of the sun behind the sun, the hidden sun or the black sun? There is literally one sun that is many times bigger than the known sun, which is located in the galactic core, called the central sun! This sun resonates in the fifth dimension and is not a 3D thing!

Ancient races spoke of a hidden aspect in the light of the sun. Mystical and spiritual traditions of almost all cultures have connected the sun with the higher evolution of mankind.

Cultures as diverse as the Essenes, Mayas, Aztecs, Buddhists, Hindus, Oceanic tribes and Indians all connected the power of the sun with man’s higher nature.

According to these ancient traditions, the hidden nature of sunlight contains an important key to higher human evolution. The most advanced things are always very simple, very natural, and the answers are always right in front of your nose!

Ancient solar yoga has nothing to do with stretching or exercise, but is the practice of receiving intelligent cosmic information through the human eye, by direct solar radiation!

This ascension technique is much more important and powerful than many people imagine and all we can say is that if it has been erased from your consciousness in the past, literally look deeper now!

The Great Central Sun, the Central Sun and the Sun of the Earth are the holders and transmitters of the universal akashic information. This akasha is the totality of information that resides in the entire universe. it is all that is and is called God!

Each of these larger dimensional suns transmits the akasha/energy of origin all the way through the universe and ultimately to planet Earth!

In Part 1 we simply called these packets of universal information light or light codes, but here we will call them X-factor!

In the ancient Vedas and the teachings of the Mystery School and the Great White Brotherhood, this X-factor energy is described as the most powerful spiritual force in the universe!

The activation of the X-factor causes a great change in the body. As the DNA strands needed to build the light body are gradually decoded, a great deal of energy is released from the physical body.

The earth’s sun, which obtains its energy from the two ever-expanding dimensional suns above it, provides an abundant supply of this energy in the form of primary life force energy.

The light of the body is the eye!

The human eye is actually a miniature sun and like the suns of our solar system, it has the ability to absorb and radiate light. It absorbs X-factor energy through the retina, from where it is redistributed to the brain and nervous system.

It is known that these energy particles are the carriers of various universal X-factors that are able to perform predefined and specific work. In short, the suns of the universe are living entities and the light from these suns is a complex carrier wave that encodes different levels of information and energy used to create and sustain life. 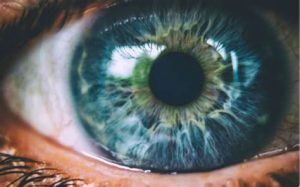 The eye is the only exposed nerve in the human body and when directly connected to the earth’s sun via solar yoga, the optic nerve absorbs large amounts of this universal X-factor which immediately stimulates and activates the pineal and thalamus glands which in turn begin to switch on and activate dormant strands of DNA, greatly expanding consciousness, almost instantly!

Ancient traditional cultures around the world had a strong awareness of the sun as a spiritual force and as a secret gateway to higher reality. There are great religious, yogic astrological and shamanic traditions that revere the sun in various ways! They have tried to understand and feel the wisdom and grace behind its outer form through the sun, the supreme force behind all existence.

The sun is the visible representation of divinity, the true face of the gods. The sun is the great symbol of the self, the spirit or divine presence in the world (Aman). For many cultures it is a living divine being and for many others it is the ultimate God of the universe!

We invite you to review and consider this ascension technique to experience how powerful it really is! Learn from the masters the correct procedure for receiving solar information through the eye!

After ten minutes of direct solar yoga, you will immediately have an activation and experience an expanded state of consciousness, to find yourself in a higher dimension, exactly where you want to go!

The great ancient divine races of the earth spoke highly of this modern age!

They said that “on a special morning, at the dawn, the sun will pierce the darkness, rise through the mountains and shine brighter than ever! They said that “on this great day, mankind will live in peace, freedom and goodness forever! 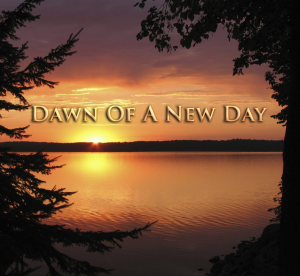 The great beings of the past called this “the dawn of a new day“! Indeed, a great light has entered this world to awaken the beings on planet Earth, more and more with each passing day! Know that you will see what you were looking for and will reach the magical goal! That is how it will be, on Earth!

With great thanks and honour to you!

Keep up the good work to create a better world! We do it all with you, and beside you! You are the light of the world! Feel free to share how you are doing on your evolutionary journey.

Good luck to you,

The Transformation Of The World Has Begun!

Special honour and recognition for the Earth Alliance, the Alta-Ra, the great white brotherhood. From the 5D Earth Project ascension blog,