Reproduction of the Starseed DNA

Towards the end of the year 2018, the forces of light in Earth’s solar system were engaged in an all-encompassing planetary liberation operation, dubbed “Operation Freedom Earth“. In the first few hours of this incredible galactic operation, special delta security forces 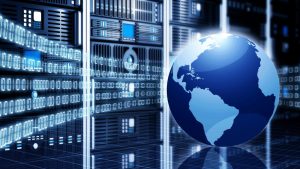 destroyed and removed a large artificial screen called, Dyson Sphere from Earth’s solar system that literally blocked all access to the 5th Dimension!

Another special mission by the Light Forces, was called Operation Masterpiece, consisting of deflecting large amounts of high vibrating gamma light from the galactic core, from the Earth’s sun, to the surface of planet Earth, for the purpose of activating strands 4 and 5 of the dormant Starseed DNA on Earth.

The purpose of this mission was to raise the atomic vibratory resonance of the Starseed DNA, so that awakened people would be able to consciously perceive and experience the 5th Dimensional level!

A really important news event took place at the beginning of operation “masterpiece” that every solar observatory on Earth could observe very clearly and make detailed photos and video recordings of, showing the spaceships of the Light Forces performing this special light-deflection operation in the vicinity of the Sun. 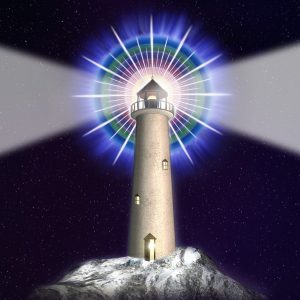 The Light Forces were 100% successful in removing the radiation of this light to Earth. During the last three Earth years, to date, every single ray of cosmic light measured coming from the galactic core has been recorded and documented both by the Earth Alliance and all cosmic institutions on Earth.

Benevolent Galactics in our solar system also did the technical work to raise the vibration of the Earth; so bringing the light to Earth was half the operation! This high-frequency scalar light had to be anchored in the crystalline lattice of planet Earth, so that it could be stored on Earth for the purpose of raising the level of consciousness of all beings on Earth.

Throughout the centuries, the Pleiadeans have always been the guiding light for Earth Beings, bringing clarity and hope to all who are awake!

The information below is taken from directly decoded etheric transmissions from benevolent Lightworkers stationed in Earth’s solar system. Some details come directly from members of the Earth Alliance, also known as the Great White Brotherhood.

All of this information is specially coded to be literally applied to each reader’s life situation, so it is written specifically for each awakened being!

From this moment on, you must be tuned into the correct frequency, in order to be able to decode the data for yourself, creating an even greater awareness and clarity about what is happening now!

Let everything that flows through you be translated by yourself from your heart! Do not listen to the opinions of others. You are an independent thinking being! Be assured that the answers to all your questions will be given, and that they are the right answers!

The Message received and transmitted by Michael Love

A special message for the Starseeds of the new Earth, given for immediate planetary transmission.

The Pleiadeans are masters of consciousness and great masters of the evolutionary process!

Below; this sacred and advanced Pleiadian ascension teaching is presented to assist you in your great work! This data stream is encoded with special DNA triggers designed to activate your DNA to ever higher levels of consciousness about what is going on!

Receive our heartfelt wishes of salvation and love for all Starseeds on planet earth!

Without you, there would be no light here!

You are the light that shines!

We give you great honour!

Let it be light!

Beginning of the transmission…

Planet Earth is undergoing a great transformation at this time, a tremendous expansion of consciousness is taking place all over the world! The beings of planet earth are awakening, one by one, from a long sleep as the rising light shines into their eyes!

The great awakening of human consciousness was predicted by the ancient sages to happen in our modern age, when the light of the ‘great sun’ would return and shine on earth again!

What is the cause of this new evolution of consciousness?

The main cause behind the current transformation and evolution of the earth is the increased level of cosmic light that is penetrating the planet at this time! The great cosmic cycles are beginning again, allowing more and more cosmic light to return to planet Earth!

The power of light in the Earth’s solar system has been working overtime to direct as much of this light as possible to the planet’s surface to help kick-start the great evolutionary process on Earth!

Massive waves of high-frequency scalar light, originating from the galactic core (the central sun), are now being charged in the sun’s corona and then redirected to Earth on a frequency basis!

Large amounts of this exotic light have recently been observed in the Earth’s atmosphere and these waves can be seen in the Schumann cavity of the Earth’s magnetic field!

The Pleiadeans say that the current level of central sunlight reaching the Earth has not been present here for the last 26,000 years, and that now is the appropriate time to take advantage of this divine light.

These scalar light waves vibrate super high and contain packets of intelligent information that transform everything they touch into a higher condition!

When these cosmic light waves hit the surface of planet Earth, the exotic particles penetrate the Auric energy field of the human body at speeds of nearly 4 million km/h and are then transported to every cell in the body.

These high-frequency light waves are in the gamma wavelength range and resonate between 40-100 hertz, which is exactly related to both the resonance of the fifth dimension and the gamma brainwave of consciousness! The gamma consciousness state is an elevated state of being that is described as a state of ecstasy, bliss and Paradise!

It is a state of being in which many supernatural abilities are activated!

What is the mechanical process of conscious ascension and evolution, when this divine light comes into contact with the layered system in the body? 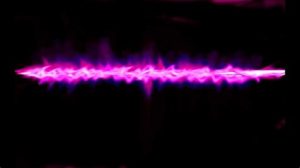 When this high-frequency gamma light enters your cells, it goes through the cell at lightning speed and the packets of information/particles that contain this divine light, they literally transfer a universal life code that is written into the actual DNA sequences!

The human genome is being recoded with a more efficient programme. This new, higher-dimensional code gives new commands to the body and creates new geometrical energy pathways!

This new advanced DNA coding instructs the dormant DNA strands to return to their natural position in the universal 12D pattern of the human DNA!

DNA is the biological computer module that receives, stores and transmits packets of universal light information, called light codes, which are the instructions that create and operate all life!

The DNA receives and transmits this light to and from the quantum field through a multidimensional chakra portal and distributes this light within the body through the Nadis, which function like tiny optical fibre cables.

Explanation: Nadis are the same as tubes or pipes through which water flows easily.

This universal programming code comes from an imprint or immutable pattern in the quantum field. The whole genetic code is written by this universal light code!

When the higher light codes, carried by cosmic and solar rays from the original universal template, are written into the DNA, all dormant strands reconnect in one of the 12 corresponding resonance portals or doors of the chakras!

Chakras are non-physical multidimensional energy portals (otherwise known as ‘wormholes’) in the layered body that attract and hold the DNA strand in place!

When the higher codes of light, carried by cosmic and solar rays from the original universal template, are written into the DNA, all dormant strands reconnect into one of the 12 corresponding resonance portals or doors of the chakras!

Although there are 12 primary strands of DNA, there are trillions and trillions of tiny crystalline strands called Nadis that carry this cosmic energy throughout the body, where it is decoded and perceived in wonderful ways by the being that inhabits the body! 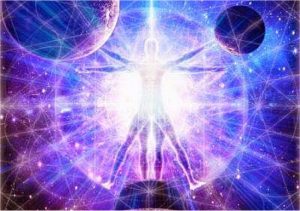 Humanity was originally born as the race of advanced shining stars in higher dimensions based on a 12D human DNA template perfected in situ!

This divine human is immortal, cannot be destroyed, can do all things, is omnipotent and has no limits!

This is your divine humanity and this is where you return to!

Light is information, and darkness is simply the lack of information!

When information is withheld and you have no access to information, you are in darkness and that is ignorance!

When the first two humans on the modern earth (Adam and Eve) were created some 300,000 years ago by manipulative and selfish creators, ten of the twelve strands of DNA were switched off and humanity was enslaved and plunged into darkness without any information!

The good news is that when the human DNA was disconnected in those ancient days, the strands were left in place in the physical containers, and are now literally being reconnected with the help of benevolent beings and emit the light that corresponds to the original divine blueprint of the human body!

As more and more hi-vibrational light reaches the earth, it triggers a biological evolution! These cosmic crystalline rays have penetrated the earth and are discharging a kind of ionising radiation that neutralises, cleanses, re-energises, transforms and rebuilds our DNA, allowing all living systems to expand and take in more light as the DNA of the body is re-energised by this central sunlight coming in from the earth’s sun. Then, at much higher levels, universal data begins to flow through the body to create access to much higher dimensions of conscious awareness!

This is the evolution and ascension that is taking place on planet earth right now!

Hopefully, you have noticed that ‘light’ is very, very important when it comes to ascension, the awakening and awareness evolution!

After 26,000 years of darkness, Earth is returning to an area of the cosmos where high-vibration central solar rays can reach Earth again!

Helpful, positive forces of light are now amassed in Earth’s solar system to amplify the incoming light; all major solar observatories on Earth have already observed them doing serious work around the Earth’s sun.

Imagine an illuminated ship so large and sophisticated that it can tap into part of the solar corona and even send energy to the sun! 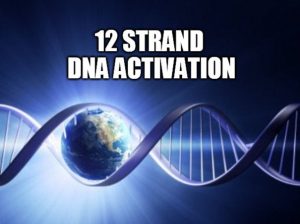 Is there anything you can do personally to receive much more of this powerful light in your DNA?

We say; the mystery in the light you are looking for is in there!

In the follow-up episode, there is a Pleiadean gift that will propel you on your evolutionary journey faster than anything else!

Be a Pilar of light and Connect in the worldwide network with your light pyramid, do this from your heart every day once.