The Importance of being Awake

Nothing is what it seems

We live in an unique period of time, witnessing the end of the global oppression and debt-monetary system. Exposing the truth about our world, for better or worse. Our generation will determine the future on Earth. It must be clear; we all want a better world for ourselves 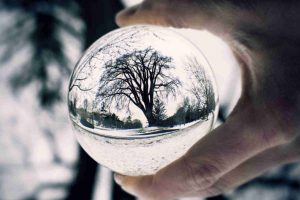 It is important to reduce the knowledge gap between the awake in the know and the sheeple at sleep. ‘Nothing is what it seems’ and this must become common knowledge under the populace. There is no pandemic and Covid-virus doesn’t exist, as no scientist has been able to locate this virus, they have not found any evidence whatsoever to support asymptomatic transmission of the coronavirus.

Don’t make any mistake! It started with socialism, that turned in fascism and now reaches its final stage of Communism. The stage, where people don’t own anything and are completely happy with it. That is Orwell’s; Dystopian “Great Reset”: “Own Nothing and Be Happy”.

Those who continue to sleep will very soon wake up in dictatorship, Orwell 3.0. Orwell 2.0 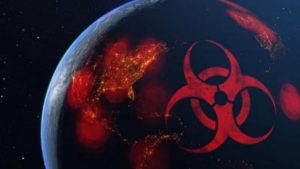 we already have known, and are experiencing nowadays. The Deep State fights for life and apply now their dictator’s democracy, it is now or never for them!!!

What people need is self-governing in ancient Greece named Anarchy. Where people have self-rule from the bottom up and never the other way round, top down as is it is now, because that is nothing else as dictatorship!

And this has been promoted for ages, and in reality means:

Democracy is unquestionable a scam and it will fail sooner than later. It is the highly esteemed western ideal, but nothing more than a dictatorial corrupt mob rule, because it constantly violates the inherent rights of individuals, or any minority by the omnipotent rule of the majority, which doesn’t respect the natural rights of individuals above the demands of majorities

Economies collapse when debt-service costs grow faster than incomes for a long period of time for at least 50 years or more, in which situation the world is today. The slightest disturbance like a default from Evergrande in China will bring down the total financial and banking system. Make sure to have sufficient cash and keep silver and gold coins on hand.

These aren’t normal default cycles. These are far different, as debt fuels upheavals, because debt builds on top of mountains of other debt. Once debt-service costs start growing faster than the economy, then the total debt accumulated is never reduced, which is the period the 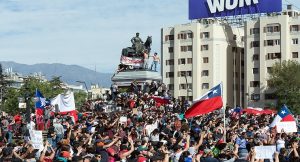 world has arrived since 2008. Sooner or later, debt begins to grow exponentially, far faster than income, that is happening now. And then, it simply can’t be managed. That is the moment when the trend of the credit-cycle turns into reverse, and crisis hits.

The Deep State’s Empire is collapsing. Light is coming our way. The Central Bank economy is in the process of collapsing and already visibly in a downward spiral, with devaluing fiat currencies. A crash is imminent, as Banks are losing trillions every night. Even excessive Repos cannot keep them upright. The collapse will be short and intensive before the QFS is being introduced and becomes operational.

The patriots are fighting for an amazing future, which is real and happening. To name a few things that are coming; Free Energy, Interstellar Travel, Tele Time Travel, an asset-backed monetary system, natural cures for healing, ending the money-racket of chronic diseases on the planet such as cancer, methodologies to clean up the atmosphere from poisonous and disastrous Chemtrails effects of geo-engineering and the exposure of the dangers of GMO 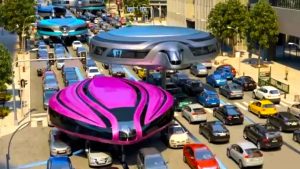 foods, with a return to 100% organic foods, bringing nutrition without poisons, termination of 5G, as well stopping toxic vaccinations programmes, in other words a real Golden Age is upon us. Many phenomena that were hidden will be revealed, and much of history that has been lost will be found and revealed.

About four hundred and fifty thousand years ago, during the second ice age on earth, the highly-developed inhabitants of planet Nibiru, named Anunnaki in Sumerian texts, meaning “those who came to earth from the heavens”, travelled to the Earth at the time when the two planets were close to each other in orbit.

The Anunnaki had been mining gold for more than 100,000 years on Earth when the working class Anunnaki, who performed this exhausting work in the mines, revolted. – In his book, the 12th Planet, Sitchin wrote; Anu, the father of Enki and Enlil, saw that the mining work of the miners was very heavy. He wondered if the gold could not be mined in any other way, to which Enki proposed the development of a primitive worker for this task, workers that were later named Adamu who could take over this heavy work. Enki knew that in Africa, in the past named Abzu, many primitive, human-like beings existed, whom he called Homo Erectus. Enki’s plan was to create workers from this species, a plan which was approved by the assembly of Anunnaki leaders.

It is clear that the revision of the history of Ancient times will have a far-reaching influence and lasting effects, because with this new understanding, it would seem that the conventional statements about the origin of man and the Earth are nonsense. It is clear that extra-terrestrials have played a complex role regarding the evolution of man.

Money creation via debt issuance must be balanced with economic growth. As the debt burden increases, more growth increase is required, and when this growth falters, so does the entire system, unless the excess debt is removed. In other words; Debt is now too far over-proportionated that it kills worldwide the current financial fiat system.

The world has arrived in a classic debt trap. When owed too much money, every setback is a crisis. It is, either borrow more, or admit that the bills can’t be paid. But sovereign governments have a third option. They have “printing presses,” on which they can create the cash they need, in other words inflating the currency. That does not solve the problem. But it distorts and delays it. And as it runs its course, it turns a simple, honest bankruptcy into a corrupt, catastrophic disaster.

What happened with all that money the Central Banks put into the system? Like water, it has to go somewhere. Some of it was used to buy drugs. Some bought new cars. Some paid off political debts and bought off cronies. Some went into normal consumer spending. But much more went into capital markets, like real estate and paper assets such a shares.

With the consequence Main Street economy went down, while Wall Street turned up. Worldwide, stocks were worth about $80 trillion when the crisis began. Today, many years later, they are worth over hundreds of trillions.

These are the places were the new printed money went. Not into apple pies, but in the Sky, better known as inflation. That should make every clear-thinking individual suspicious.

The Importance of Awakening

In the idea of the Deep State and the completion of their Agenda 2030, humanity has been living for millennia in an artificially created Magnetic Hologram, formed in the so-called 3rd Dimension. Around the calendar year 2030, the plan of 90% population reduction must be completed. This is currently being realised under the guise of Covid19, with eventual full 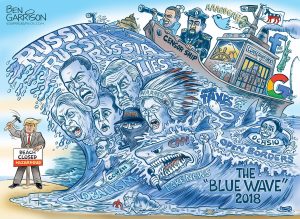 slavery for the 10% of survivors who are kept alive as their servants.

The hologram is designed and controlled by black occult magicians of extra-terrestrial Reptilian human hybrids, who specialise in misleading and mind-controlling people.

In the era of the Great Flood and Noah’s ark, Enki redesigned, the organic and divine human body, genetically degraded, by disconnecting ten of the 12 DNA-strands in order to remove humanity from its Great Cosmic Intelligence.

Thought control of the masses is achieved through the Mass Media, which broadcast only negative news streams through television, radio, magazines, newspapers, in order to hack the human brain and maintain complete control over the masses’ perception of reality.

The collective behaviour is determined by common thoughts of mankind. They carefully influence and manipulate through secret esoteric knowledge the thought process, which is related to the magnetic grid around the planet’s surface, to transfer energies to people through visual holographic representations of reality. By annexing in this way human consciousness, enabling them to create forcibly a pre-designed reality.

Originally, mankind was created by the great Creator with eternally immortal souls. – The disconnection was necessary for the implementation of mind control programming. To do this, humanity must reside in a low vibrational frequency in order to maintain a controlled and illusionary reality. Which otherwise would have been impossible. Indeed, the reptilian hybrids cannot reside on planet Earth under the originally higher Earth frequency.

Once freewill is taken away from the majority, people become afraid and ask for more protection from the government, followed by more restrictions in order to feel safer.

This is happening now, under the Covid rules. It is the newly created human bodies that live around us in many millions, unable to awaken from their bondage.

These are the creatures the Deep State loves the most. People who do not want freedom, but security, that fits best into their world prison matrix, designed to live in low and toxic vibrations.

For readers who think this is too farfetched, look around you and observe the many Face Masks, the Chemtrails, and acknowledge the dangers of radiation emissions from Micro Wave Ovens, smart meters, smart phones, Wi-Fi, 3G, 4G, 5G and soon 6G.

The ultimate plan of the top cabal echelon is to get rid of the old disconnected human body form. They achieve this by killing 90% of the existing population by poisoning them through food and medicine, thus eradicating the old body configuration that is no longer useful to them. 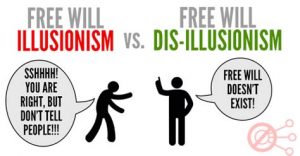 Once this is accomplished, it becomes impossible to exercise true freewill and resist this takeover. Meanwhile, this limitation has become more and more visible.

Those who are not awake, live their daily lives within the matrix system, and silently agree to it, unless they speak out against it. Everyone is automatically included, whether they like it or not. Unless humanity takes immediate counter-action by stepping out of this Matrix.