How the world is controlled

The Jesuits are the true potentates

The Achilles’ Heel of the Cabal

The Vatican is sole owner of all nation states on earth

Just as an insane dream is not questioned, many people do not question their insane lives. The implications of mass sleepwalking are obvious; with billions of people asleep, the awake Deep State rulers have an advantage. Sleeping 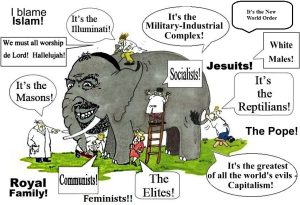 people are easy to control. Their conscious souls are in the mental prison, where they are allocated time, labour and energy. Those people have little or no free will.

“I can assure you that we are now only a few metres away from our goal. As soon as the circle closes, all the states of Europe will be clamped like in a bank screw.” Dr Richard Day

People behave like sheep, and will never break free from the madness. Wake up and keep both feet on the ground to fight for your freedom and a free world without dictatorship. There is not one saviour of this world. There are many saviours, if at least mankind wakes up en masse and stands up.

When you look at the world today, it is tempting to think that the Global Mafia is falling apart. We have now arrived, in the process of transition. Humanity is moving to a higher level of consciousness. There is now more positive than negative energy on our planet.

For centuries man functioned from the old, negative consciousness of war, violence and cruelty, with a need for power and money. This is now changing. The change may seem slow, but humanity is shifting towards peace, co-operation, respect, love and affection.

Too many people still watch the TV news every night and allow themselves to be indoctrinated by lies from media makers, provided with misleading images. These viewers unconsciously accept the realities of mainstream media based on lies to generate anger, fear and anxiety.

Keep your eyes and mind open and become aware that the world is being manipulated by corrupt politicians and leaders, who are in turn manipulated and controlled by the masters of the Deep State Crime Cabal. These include the much ‘admired’ royalty of any country with a monarchy.

Remember; the language of an awakened consciousness seems to be a language not understood by the masses sleeping in collective hypnosis. There are no more topics or arguments that can work together to awaken someone. This language is of interest only to those who are awakened.

Many may think they are pretty well informed about all the key players in the ‘conspiracy game’, concerning the various elements in society that control our world from behind the scenes. Nevertheless, many readers will be stunned when the truth is soon revealed.

The Jesuits are the true potentates 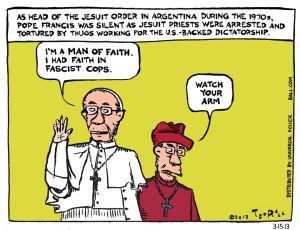 As head of the Jesuit order in Argentina during the 1970s, Pope Francis was silent as Jesuit priests were arrested and tortured by thugs working for the US-backed dictatorship at the time. Of course, he was a man of faith – probably too much faith.

The Jesuits and the Roman Catholic Church have changed history and hidden the rest by making up fairy tales about the true history of the Earth. One such lie was about Mary Magdalene, who was in reality the wife of Jesus, and who bore him two sons named Jesus II Justus, and Joseph, along with a daughter named Tamara. This knowledge was suppressed by the Roman Catholic Church. The Church began its modus operandi by murdering scientists in 1600, to alter the course of true history to serve their purposes.

The Queen of England, all the European royal houses, the Pope, the Mayor of London, the banks, the governments in office, and a host of other participants, such as the CIA, Mossad, MI6, among others, are collectively responsible for today’s acts of terror and crime.

This criminal injustice must be shown to the whole world. That means with the commitment of every awake person, otherwise nothing will change for the better. The cabal mafia are hardcore Luciferian Globalists, and go head-on against the people.

The Achilles’ Heel of the Cabal

However, the cabal also has an Achilles’ heel; located at the bottom of the pyramid structure. There, lives 99% of the population and only because of the large number that this group represents, they collectively have tremendous power. The cabal takes desperate measures to control the masses and prevent them from waking up.

By fragmenting and dividing the 99% group, a ‘Divide and Rule’ policy is played. This fragmentation of the population is achieved by creating fictitious groups with the perception that these groups see each other as adversaries and therefore feel threatened. 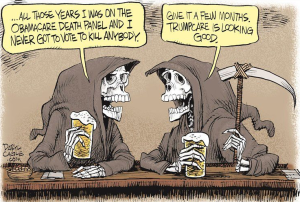 Covid-19 is another created fear of dying from a non-existent virus that works to the advantage of the Deep State in order to more easily eradicate 99% of the population through free poisonous syringes that sleepers queue up to receive.

The technological goal is different from what is being presented; everyone who has received a free shot is branded as cattle. Regardless of whether a shot was administered by Pfizer, Astra Zeneca, Janssen or Moderna, each vaccinated body appears as a dot in an online network made visible through Bluetooth technology.

Injected with microtechnology and graphite, is the basis of this dictatorship. If you find this shocking, wait until you experience the far-reaching consequences of being branded as cattle for the rest of your life.

This is absolutely not a hoax. Every person injected with this microtechnology and Graphene – graphite – has been made visible and verifiable. This micro technology has been used in all vaccine brands that have been analysed, from all parts of the world.

It now appears that this neuromodulation is the ultimate goal of this global vaccination operation, to which highly advanced military technology is linked for complete population control on planet Earth. Unfortunately, at least 80% still believe that this is a vaccine that protects humanity from a non-existent virus.

Thus, specific biomedical data is collected from each person, with consequences that go beyond what can be imagined today. The MSM hides this atrocity against humanity.

Furthermore, through the terror of corrupt politicians and medics, they control the rest of the world. All unawakened people are frightened and follow in submission, aiming at total tyrannical power and control over the once free World.

The fake Covid-19 or Corona has changed the world, although all this is nothing but Science Fiction. It is manipulation by the Deep State using Corona as a pretext to change our world in the penultimate stage before the final implementation of the New World Order. 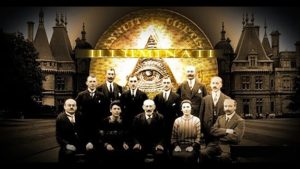 They have now discovered that health statistics have a greater impact for their despotism and deception than all economic indicators and statistics put together.

This is the usual pattern of Problem – Reaction – Solution control mechanism. They expect that the population will then automatically ask their government for protection. As a result, these tyrants obtain greater say through the government, which has been bribed by these rulers.

This is at the expense of everyone’s personal freedom, for total oppression. They spy on the public with every piece of technology available, in order to obtain more necessary control and influence, to steer the perception of the people.

To this end, it is important that the population be kept as poor as possible, to divert their attention, which is fully occupied with work, money worries, and struggle for survival.

The fruits of the labour of the people must not end up in their hands, which would lead to financial, physical and spiritual independence. For if that freedom is not reduced, the fictitious need and legitimacy of control and ‘elected’ government policy is undermined.

The population constantly has to work much harder than it actually needs to. Of course, much more is produced than is needed. This extra production is quickly destroyed by wars and higher taxes.

Wake up people, this Covid tyranny has been deliberately created. Protest en masse to let it be known that you do not agree with this policy. We, the people, are in charge and in power. These corrupt individuals have been in our service for too long.

The Satanic Luciferian Jesuit Order is inherently involved with war and genocide, and has been formally removed from many countries, including France and England, but is still widely present in Spain and Italy.

Researchers claim that the Jesuits are the real spiritual potentates of the New World Order. Their choice for President of the US is Paul Ryan, which is why in October 2015 the Pope demanded that Ryan be appointed Speaker of Parliament, because the Vatican owns the United States of America INC. 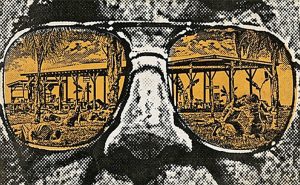 All nation-companies were created by the Roman Curia; It is no problem to trace this science to the Pope. Likewise; virtually all governments and public institutions, in the world corporations are ultimately interconnected, and are under the control of the Holy See in Rome. Pope Francis a Jesuit, and selected by the Rothschild cabal as Pope and leader of the Holy See- The pope is basically the owner, and operates worldwide “governments” and sub-enterprises, he is the CEO responsible for the current scabrous Augeas stable.

The Queen of England, all the other royal houses, the Pope, the Mayor of London, the banks, sitting governments, and a host of associated participants such as; CIA, Mossad, MI6, among others, are collectively responsible for today’s acts of terror and crime.

Most of the tax revenue is not collected in the interests of the citizens and their country, as we are told, but is used to pay the interest on loans made by central banks. That money goes straight into the vaults of the Vatican Bank to buy gold and silver at suppressed prices.

All the gold stolen by the cabal has been transferred to planet Venus for storage. The White Hats are now taking measures to bring the stolen gold back to Earth, for the introduction of the gold standard.

All this together must be a true “wake-up call to Hell!” For these cabalists are Hell, led by the Luciferian God and Satan from planet Saturn. Now these criminals are on their way to you, to use deceit to drive you out of your home, to swindle you, to drive you from your land, and even to take your children. These criminals are so fat and greasy that they are prepared to kill us people for 90%, and to introduce Nazi Germany, on your territory.

Are we now to learn that ancient ruins have been found in Antarctica? That an Alliance is working to defeat the greatest threat on the planet that mankind has ever faced? Could Antarctic Atlantis be part of a full or partial reveal?  Learn more in this fascinating final presentation by Jordan Maxwell.

This is a 2-hour-plus speech given by Jordan Maxwell. After it was published, Mr. Maxwell was murdered by the “dark forces” that control our world. It is recommended that you listen to this video. Don’t give up, your life depends on it.