The Language of an Awakened Conscience

Wisdom and Responsibility Given Away to Corrupt Governments

The language of an awakened conscience is not understood by sleeping minds living under the collective MSM hypnosis. There are no topics or arguments that can work together to awaken someone. This language is understandable only to awakened souls among themselves. 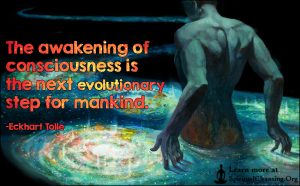 Since the declaration of the Covid pandemic now two years ago, we live in a dangerous world. The satanic Luciferians and their highly paid minions will not let you go easily, they have conned the whole world with a fake pandemic, for the completion of their

Deep State Agenda they have made three main attacks on the world’s population.

The Deep State agenda has designed three major attacks on the human immune system. Vaccination, PCR testing and wearing masks. With all three they introduce nano-particles into the healthy system, which in time destroy the immune system.

The cabal hates humanity because they fear them, they know the true potential of humans, and that is why they are doing everything in their power to destroy us. Through poisonous Covid injections, poisonous pills, mafia health care that thwarts healing, poisoning by fluoridated water, pre-cooked food with harmful preservatives, soft drinks with harmful sugars, chemtrails that destroy the environment, education based on lies, to mention just a few facts.

They want followers, not independent thinkers. They do not want people to question anything, whereas we should question everything! 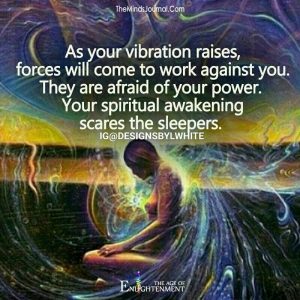 Awakening means being enlightened! Let the light not only enter your room, but penetrate into every cell of your body. The process is much broader than you can imagine. It is so profound that it will actually change the consciousness of every awakened person. In fact, a lot has already changed! And it is this change that troubles the unawakened.

Your patience and steadfastness in the light will be well rewarded with welcome changes on the horizon and many, many wondrous changes on the far horizon!  All light beings in this universe are cheering you ever forward and support you with the unparalleled power of unconditional love.

Our returning Exterrestrial correspondent Vital Frosi gives his views on these developments below.

At the end of the great Cycle of Reconciliation and Trials in a World of Duality, humanity on Earth will finally enter a New Age, in which abundance and prosperity will indeed be available to all, without discrimination. 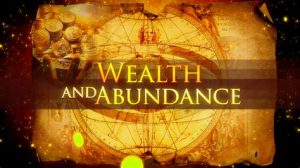 As, the gear of the Soul Fractal always was intended to experience polarities, it is natural that each incarnation, required a great deal of new learning of different lessons. This was the main line that guided the path of life for each person and in each incarnation. Sometimes in one polarity, sometimes in another. Everyone has been rich in one existence and very miserable in the other.

The divine project for Planet Earth continues on the path it has taken, regardless whether or not its human inhabitants are ready for the new Age that is coming. Once the frequency of the Planet rises to the 5D-Dimensions and above, anything vibrating below 5D will no longer be able to exist here.

It is enough to understand what frequency tuning is. Just as a radio station can only be tuned to the correct frequency, the souls on Earth can only be accepted on this Planet if they are on the same tuning/frequency as is required. There is no other possibility.

Even though the Planet is not yet fully in the New Age, because this process takes about three centuries, as we know that we are in the last days of it, and also in the most important events of this Transition.

All the systems known to humanity and also those that were hidden from them are beginning to fall apart. Nothing will be a shadow of what it has been before. New Systems are already beginning to function, and little by little the change will be total, for there is no comparison that can be made with minds still in the 3D world.

The important thing for now is that at least the incarnated souls, trust and know that everything is for the better. 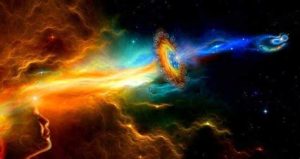 The long-awaited time has finally arrived. We have said here before, that this is the last incarnation of duality. Therefore, those without the minimum frequency for the New 5D-Earth will leave, they cannot reincarnate here any longer.

Now you see how important this moment is! You must not waste this last chance! With the shift of the Earth’s Timeline in 2010, the Transition will leave behind the heaviest events classified as Armageddon, and the Transition will proceed as smoothly as possible. That is why most of humanity does not even realise what is really happening.

The wider consciousness is already observing the current movement and the incredible changes. And they will continue to do so, no matter how many incarnates believe it or not. No matter how many make the movement along with the changes that are taking place.

Resistance to follow the stream of changes will only bring harm to those who resist. Nothing will influence the part of humanity that decides to ascend together with Gaia. This is the decision of the Creator.

The reset of Old Systems and that of the New Systems suitable for the 5D-Earth, has already begun around 2016 and will be completed within a few years. According to current indications, it will not be longer than 2030, but I dare say it will be completed sooner, perhaps as early as 2025 or 2026.

But time does not matter, because what matters is that everything is now moving towards its climax. Nothing and nobody can stop what is coming. And the apparent chaos that seems real is in fact the re-accommodation and adaptation needed for the changes that are underway.

Among these changes, there is one that is of great interest to most people: The financial system. The experiences so far have been mainly related to abundance and scarcity. And this has left deep traumas in every human consciousness.

Fear and lack are memories that have not yet healed. But as we said before, now everything will end because now is the time Transitory. 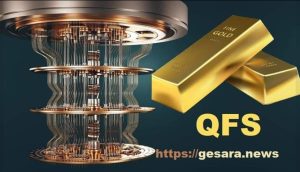 The old financial system was suited to experience the polarities between abundance and scarcity. Those who have learned will now experience a new era, that is, the Golden Era. The QFS (Quantum Financial System) is already in place. It is slowly replacing the familiar old system. That is why most people who are waiting for a major impact in this sector see nothing happen.

The day will come when it will be announced that nothing will be the same as before. But that is no reason to worry, because the Quantum System, knows everything about every human being. It has recorded everything since 1950. Every financial transaction, every legal and illegal business deal, the income of every individual and its origin, even every thought of every individual, has been recorded.

And this will determine what actually does or does not belong to each human being. In the final exchange of the financial system, no one will keep what does not rightfully belong to them. And all those who have been worked and exploited will receive back what is rightfully theirs.

The Earth has a female consciousness, that is why it is called Mother Earth. And because of that nature, no child of Gaia will be allowed to suffer from the lack of any dignified means of survival.

And that will soon be the general norm. But you must understand that a mother does not offer her child something that will harm it. The moment she receives a tool, an opportunity, a freedom or anything else, the mother knows it, and so she will not risk giving something that might harm one of her children.

Abundance is already available to those who are willing to make good use of it. It will be a gradual distribution, according to and at the right time for each one.

There will be priorities, but nothing that does not bring benefits. Those who do not yet know how to use a tool should not have access to it, because they risk injuring themselves. These are the criteria that will be used from now on.

The frequency that is favourable to receiving abundance will in fact be based on the responsibility of each person; on the intentions of how each person will use those resources and for what purposes those resources will be used.

Remember also that competition, desire for power, excessive vanity, pride and addictions are 3D vibrations, and not the frequency to align with abundance. Cooperation, however, will be an important key that will set the new system in motion.

Prosperity will be a frequency that is attuned to abundance, and will bring all initiatives to fruition from those who are already vibrating in higher consciousness. Therefore, in the near future, all of humanity on Earth will be aligned and living in abundance and prosperity. For now, we already know that much is going on. The New System is slowly taking over and replacing the Old cabal money System.

Since this event will not take place at one moment, but rather little by little, I suggest that each of you, from today onwards, take a deep look at yourselves. See if you are indeed worthy of infinite abundance. What would you do with the unlimited resources that will eventually be offered to you. Your consciousness must be pure and free from any selfish interest. Free from individual ambitions. 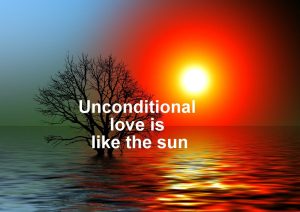 Unconditional love; plans that involve co-operation, collectivity, care for nature, animals, land and water count; true solidarity, without personal interests; helping humanitarian projects; the work of leadership, healing and enlightenment; activities aimed at restoring the environment; in short, all thinking that concerns the collective as a whole, without preferences or distinctions, all this will count in your favour, so that you are among the priorities to receive the abundance you deserve.

But even if you do not fit any of the above quotes, do not get frustrated, for whatever you do or do not do, in due time all the righteous will receive what is due for them. Do not ask me: “Do I deserve it? Ask your conscience. Only your conscience can answer.

Christ left a hint when he said:

“Help yourself and I will help you”.

So, everything depends on yourself. Earn it.

I am Vital Frosi and my mission is enlightenment! Namaste!

Important Message – Scales of your Conscience