Tavistock Manipulates the Mind of Mankind

Tavistock Institute was officially established in 1921 by Luciferian Jesuit agents serving the Vatican Roman Catholic one world empire. The sole purpose of Tavistock then and now is to devise methods of mind control in order to socially engineer the masses into subservience and ultimately “slavery.” 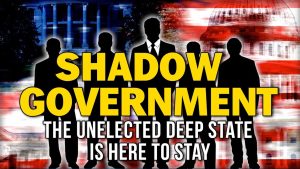 his invisible agency has unlimited funding and works closely with other Jesuit agencies such as the CIA, FBI, MI6, media corporations, Hollywood and advertising agencies to ensure the implementation of cultural programs that distract and ultimately blind the minds of men everywhere.

Tavistock Manipulates the Mind of Mankind

The Method of Brainwashing and Social Psychiatry that manipulates popular perception in order to shape society.

Tavistock is People’s enemy number one, clearly identifiable as the Committee of 300 and its front organisations, such as the Royal Institute for International Affairs -Chatham House, the Club of Rome, NATO, U.N., the Black Nobility, CFR and all its affiliated organisations, the think tanks and research institutions controlled by Stanford and the Tavistock Institute of Human Relations and last, but certainly not least, the military establishment. It is without any doubt the Greatest Mass Mind-Control Operation in World History.

The Tavistock institute is a psychological warfare research centre, created in 1922. One of its remits was to develop ways to influence the ideologies of mass populations.
In particular, they gave us ‘The Beatles’ pop group, and many other popular mass music performers, like the Rolling Stones, and cults like Rock and Roll, etc.

Controlled by the Committee of 300 which is the ultimate secret society made up of an untouchable ruling class, which includes the Queen of the United Kingdom (Elizabeth II), the Queen of the Netherlands (Queen Beatrix whom, as we shall see later, has been photographed attending meetings of another ultra-secret society called The Bilderberg Group), the Queen of Denmark and the royal families of Europe. These aristocrats decided at the death of Queen Victoria, the matriarch of the Venetian Black Guelphs that, in order to gain world-wide control, it would be necessary for its aristocratic members to “go into business” with the non-aristocratic but extremely powerful leaders of corporate business on a global scale, and so, the doors to ultimate power were opened to what the Queen of England likes to refer to as “the commoners”.  Through their illicit banking cartel, they own the stock of the Federal Reserve, which is a private for-profit corporation that violates U.S. Constitution and is a root of the problem. 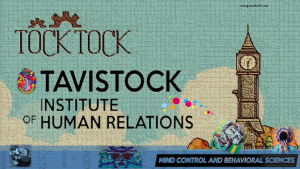 Further, this institute developed the strategy of ‘crisis creation’ to manipulate mass populations, by sponsoring a number of ‘sensitivity’ and ‘diversity’ programs designed to erase a people’s individuality to make them ‘team players’.

Political correctness, is all about creating uniformity. Individuality is one of the biggest obstacles for the ‘ New World Order’. They want a public that is predictable and conditioned to comply without asking questions.

Another discovery they did was related to stress. Researchers found out that people under controlled stress became more infantile and gave up strongly held beliefs under group pressure to conform to popular opinion. That explains why the mass media insist so much on sex, violence, and fear-inducing messages, via digital videos. To turn the populace into scared, submissive offspring.

On average; people spend four plus hours a day at their TV-screen, the equivalent of two months a year, or nine years in a lifetime, being hypnotized by a television screen without being conscious of the effects. They have almost stopped interacting with friends, neighbours, community, and even family.

The Tavistock Institute was involved in the rock and roll music movement. Former, MI6 agent John Coleman stated that Theodor Adorno wrote the lyrics for the Beatles and other British penetration bands. trying to influence and contaminate music.

From its modest beginnings in 1921, Tavistock was ready in 1966 to launch a major irreversible cultural revolution aka – the mass culture industry, one that has not yet ended.

Dr Lewin at Tavistock pushed the theory of topological psychology, which is to this day the world’s most advanced method of behaviour modification: i.e., brainwashing.

Psychopath Bertrand Russell (1872-1970) had stated that what was needed was a world populated by “docile,” easily manipulated and demoralised subjects. Russell regarded mankind as being slightly above the level of cattle. Russell said,

“The social psychologists of the future will have a number of classes of school children on whom they will try different methods of producing an unshakable conviction that snow is black.”

In doing research on this general topic, it is astonishing just how out in the open these criminals were and are with their schemes. 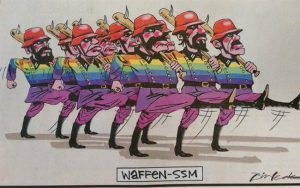 In the period before the WWII, Roosevelt sent Gen. William Donovan to London for indoctrination before setting up the Office of Strategic Services (OSS), the precursor to the CIA. The entire OSS program, as well as the CIA, has always worked by guidelines set forth by the Tavistock Institute. Toward the end of the war, Tavistock personnel took over the World Federation of Mental Health. Other collaborators were the Stanford Research Institute, Rand, and the Institute for Social Relations.

By the end of the war, the combined influence of Tavistock and former Frankfurt School operatives, had created a cadre of “psychological shock troops” and “cultural warriors” numbering in the several thousands. Today, that network numbers is in the several millions around the world. Key people are put into influential positions, as a public-private overlay prevails in this system 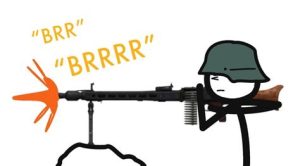 The precursor to the Tavistock complex was the Cecil Rhodes Trust and its operatives, who were British elite supremacists and warmongers, often homosexuals, who teamed up with the Rothschilds, and later the Rockefellers. 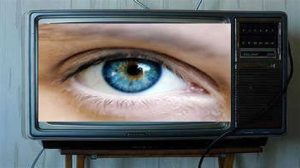 It was obvious from even the earliest clinical studies of television that viewers, over a relatively short period of time, entered into a trance-like state of semi-awareness, characterised by a fixed stare. The longer one watched, the more pronounced became the stare. In such a condition of twilight-like semi-awareness, they are susceptible to messages both contained in the programs themselves and through transmission in the advertising. That is the way, people are being brainwashed.

Fred Emery’s report in 1975 on neurological studies illustrated that repeated television viewing “shuts down the central nervous system of man.”

“Television aims at the synthesis of radio and film … but its consequences are enormous and promise to intensify the impoverishment of aesthetic matter, so drastically that by tomorrow, the thinly veiled identity of all industrial culture products can come triumphantly out in the open, derisively fulfilling the Wagnerian dream of Gesamtkunstwerk — the fusion of all arts in one work.”

Lewin’s claim to fame was group think, or group dynamics. He was the inventor of sensitivity training, or attack training. In other words, gather a group of people, assign them to a group leader, identify the stronger-willed people in the group and hammer them into silence or submission through ostracism and shaming. Fake guilt is a key driver of these schemes.

The key to a brainwashing group is the creation of a controlled environment in which stress is introduced to redo individuals’ belief structures. Using peer pressure from other group members, the individual is “cracked,” and a new personality emerges with new values. The degrading experience causes the person to deny that any change has taken place. In that way, an individual is brainwashed without the victim knowing what has taken place.

Tavistock Institute of Social Engineering the Masses, lists just some of the society goals of this Crime Syndicate’s mega-campaign:

Rockefeller interests also funded the counter-culture “revolution” for the Tavistock Institute. The Rockefellers funded the radical-leftist Students for a Democratic Society to foment instability and pseudo-revolution in the late ’60s.

The opportunity for constructive social change was lost thanks to the support of “Rocky bucks.” A highly revealing 1979 video has emerged of a reunion of pompous, bragging LSD pseudo-counterculture promoters (including Timothy Leary) and is now available for all to see.

Aldous Huxley wrote to George Orwell: “Within the next generation I believe that the world’s leaders will discover that infant conditioning and narco-hypnosis are more efficient, as instruments of government, than clubs and prisons, and that the lust for power can be just as completely satisfied by suggesting people into loving their servitude as by flogging them and kicking them into obedience.” 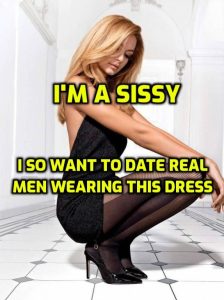 More advanced reiterations include: rampant pornography, paedophilia normalisation, feminisation of males, hedonism, Satanism, speculative modern art requiring “experts,” drug abuse, spiralling into madness identity politics (not tolerating intolerance), the elastic use of the term “hate” for social control purposes, censorship and memory holing material that doesn’t fit the Tavistock narrative, dumbing down, idiocracy and technologically induced shortened attention spans, crisis management programs, and an endless strategy of tension via Gladio events and staged deceptions. Preaching against the nation state as destructive to the progress of mankind is a core tenet of this scam.

Something extremely important at the moment is that this Tavistock Crime Syndicate is licking its chops for social and economic convulsions, such as Covid-19 and cyberattacks on a global-scale, followed by depressions, as a softening-up technique for bigger things to come, namely creating masses of people all over the world who will become its “welfare” recipients and plantation dwellers of the future.

Note; Many readers complain that the winding up of the cabal is taking too long and the result was predicted years ago with no progress. This is totally unfounded; humanity has been oppressed for over 500,000 years, to this number of years two years do not count in the least.

The strategy is to let the enemy, the Deep State, destroy itself and this has been going on since 2012. Huge results have been achieved since January 2021, when the cabal octopus was finally removed under the leadership of President Trump and General Flynn.

Frequent FWC-readers know that these scum are scattered around the world in tens of millions and are in every nook and cranny. They all need to be cleaned up for good, which is a mammoth task, scoring progress every day.

Watch this video The Tavistock Agenda