Prepare for what is to come

Our new 5D world is based on gratitude, joy and support for others. For many it feels like nothing is changing, the corrupt puppets are still in charge and controlling events worldwide, this is the impression because not everything is seen that is going on. 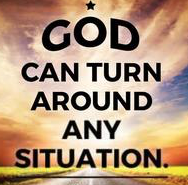 Every day new groups are resisting the World Order that dictates how we should live our lives. Much has been achieved, but deliberately little publicised. Here is a brief summary of progress on various fronts.

Many will not want to believe it, because humanity has been deliberately kept dumb. But, other extraterrestrial civilisations are at least many thousands of years ahead of us in knowledge and technology today known to us. If it sounds implausible, consider it a fact.

Planet Earth is completely sealed off by our alien brothers and sisters, with their vast armada of, as yet, invisible spaceships. No creature can escape Earth’s spheres without permission. Those who wanted to flee to Mars have been sent back. All bases on Moon and Mars are in the hands of the Galactic Federation and inaccessible to Deep State Cabal Elites.

In January 2021, Octopus, the Head of the Global criminal cabal pyramid on Earth, was eliminated, which HQ was located in Switzerland under Lake Geneva.

Meanwhile, all underground Dumps have been destroyed. There are no more shelters above or under the Earth’s surface. Mass arrests of puppets are in full swing.

Many, are beginning to realise that the fake COVID pandemic is based on lies and deception. After, they understand and trust the essence of God, that will ignite the important spark for the population.

Humanity is by now tired and exhausted of the many lies and scare-mongering spread by governments and mainstream media reports. 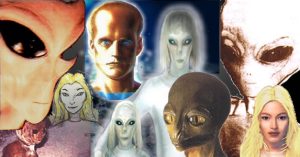 Planet Earth is in its transformation process from 3D to 5D. Many cabal protagonists have been eliminated and executed, others realise that their time is up and know that they can no longer save themselves.

Many puppets at lower levels are still trying to remain in charge, which will no longer work. The plan was to kill 90% of the population and lock up the rest in special labour camps.

The Deep State Agenda 2030 has failed; the alliance continues to clear out cells and rescue imprisoned women and children all over the world, especially in the Ukraine.

The Quantum Financial System, free energy, the new internet, etc. are already operational and can be put into use, as soon as the signal to do so is given.

Trust, on the good outcome; the Light and Love for each other; is guiding the transition to the New 5-D World, and to ease and speed this up. Only the truly awake will be able to accomplish this transition, the rest of the population will be transferred to other 3-D planets in the Universe.

Every accomplice involved in the COVID pandemic genocide, from top to bottom, will be arrested and sentenced to death. Including those who wielded the poisonous syringes. 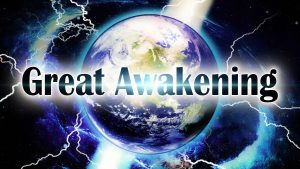 The earth’s frequency is raised step by step to about 40 Hz, to prepare the awakened among us for the 5D world. Extraterrestrial criminal Anunnaki, Dracos and Grays cannot live on Earth at this higher frequency and are automatically eliminated.

The cabal has been defeated, the attention is now focused on lower degree puppets who do not yet realise that they have lost and their leaders have already been eliminated. Nothing stands in the way anymore to purify and transform our planet into 5D.

If one does not fight for one’s own freedom, freedom has no value. It is enough for this moment to understand what frequency tuning is. Just as a radio station can only be tuned to the right frequency, the souls on Earth can only be accepted on this Planet if they are tuned to the required frequency.

Planet Earth is not yet fully in the New Age, the completion of the transition still takes some years. All systems known to and hidden from humanity have been exterminated. Nothing will be even a shadow of what it was before.

The New Systems are now beginning to function, and little by little the change will be total, there is no comparison for 3D minds to understand what all this means. The most important thing is that all incarnated souls can trust that everything will turn for the better.

The long-awaited turnaround has begun. Those without the required frequency adjustment for the New 5D-Earth will leave, they can no longer reincarnate here.

The reset of Old Systems into those of the New Systems suitable for the 5D-Earth, already began around 2016 and will now be completed within a few years. According to current indications, it will not take longer than 2030, but it can be said that the completion will be earlier, possibly as early as 2025 or 2026. 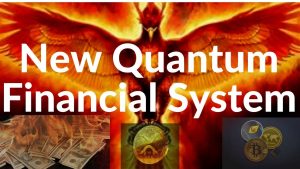 Among these changes is one that is of great interest to most people; The financial system. The experience so far has been one of abundance and scarcity. That has left deep traumas in every human consciousness.

The old financial system was suitable for experiencing the polarities between abundance and scarcity. Those who have learned will now experience a new era, the Golden Era. The new QFS – Quantum Financial System – is already functioning. It is slowly replacing the familiar old cabal system. That is why people who count on a big impact in this sector see nothing.

The day will come when it is announced that nothing will be the same as before. But that is no reason to worry, because the Quantum System, has stored everything of every human being in its memory. Everything has been recorded since 1950. Every financial transaction; every legal and illegal business deal; the income of every individual and its origin; even every individual thought; has been recorded.

And this will determine what actually does or does not belong to each individual. In the final transition to the new financial system, no one will keep what does not rightfully belong to them. And all those who have been worked and exploited will receive back what is rightfully theirs.

Prosperity is a frequency aligned with abundance, and will bring to fruition all the initiatives of those who are already vibrating in the higher consciousness. As a result, in the near future, all humanity on Earth will be aligned to live in abundance and prosperity. The New System is slowly taking over and replacing the Old Cabal System.

Because this event will not happen all at once, but rather little by little, everyone is advised to think deeply about themselves. To know if you are indeed eligible for infinite abundance. For example: What would you do with the unlimited resources that are eventually offered to you. Your consciousness must be pure and free from any selfish interest. And, free from individual ambitions.

So, everything has to be done very carefully and precisely. But, at least now there is no more danger of outbursts happening. This danger is over. The time for action on the surface of the earth is now. That is; mass arrests are made to bring out the truth for all to see. But this mission is not ours, this mission belongs to those who are managing this process.

Planet Earth is known throughout the Universe for its beauty, for all that was created by Father/Mother God. We have learned to admire the beauties that this planet shows us and we, exterrestrials, admit that they are immense. There is no point in commenting on them, except for the deserts, where there is no beauty; but even deserts are worthy of appreciation. For they form very interesting scenes, mountains and layers, which remind us much of planets we know. So every planet, which exists in the Universe, has its own beauties and with time one learns to admire them.

As a member of the Galactic Federation of Light, you will be allowed to visit other planets, and get to know other civilisations. But all within a very well planned time table and preparation. No one comes to a planet just because they are travelling. All this must take place according to plan, with the consent of the recipients, to avoid surprises. Each planet controls its airspace very carefully. Because those, like the Anunnaki who have been on Earth for a long time, always try to break in somewhere. That is their life habit. Every planet’s defence is prepared for that.

Together, we will form a great alliance, an alliance of great love, and progress, especially in the technological field in which extraterrestrials are many times more advanced than we are here on Earth; among other things, technologies for cleaning our planet; well, you can live for thousands of years, because your bodies will no longer decay.

In order for this to happen, you have to be ready for new higher energies. So, keep the vibrations high. Dream of this new world, for it is real. Very soon it will no longer be a dream, it will become reality for all those who want to be part of it.

Many people will be stunned to discover that they are not alone in the Universe. The diversity that exists between us is amazing to extraterrestrials.

From the Pleiadian side, meeting us is also frightening, because they don’t know how they will react to their arrival. Remember, we are the result of universal racial mixing. They will make efforts to meet personally with each one of us who respects them.

They have come because we have asked for help to gain our freedom. Soon they will be here to help us. They will welcome us with a feast. The denouement can begin at any moment. And well, when it is least expected, they will be here.

Do not think what you have learned from movies and stories, that exterrestrials are invaders, to destroy your planet. We are not naive, we know what to expect from you.

If everybody knows that we exist and that we have been here for a long time, yes, we can appear everywhere; take you on our spaceships. Many of you will be queuing up to visit our spaceships. But this will take a while. Until all this new knowledge is processed by you. 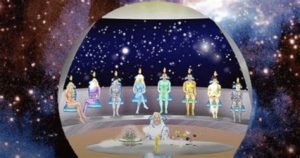 Soon, very soon; we will be with you. To present ourselves to you physically is an honour for us, it is a moment of great joy, because we are aware of the kind hearts we have created on this planet. It will take time, there is no rush, we have no date to leave, we will be here for a long time.

We are responsible for the light reaching planet Earth. Your consciousness is opening, most of the blockages have already been removed. So ask us from the heart: “Pleiadeans Brothers and Sisters, make contact with me!” And rest assured, we will do it.

By way of explanation: the earthly liberation process has already progressed so far that a return to the old ways is no longer possible. Everything has been done to seal the reversal once and for all. Have patience and trust, support this process with positive thoughts.

Watch this video with details for this encounter.