Consciousness is Key to Change

The few exploit the many

The true purpose of any government, always and everywhere, is to enable the few to exploit the many. The money system is a clever way to achieve this. The modern world of industry, trade and investment, works on win-win software. Only the government, with its battles, 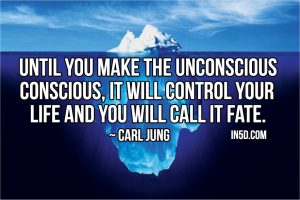 wars, tax rates, and “don’t do it” orders, and prohibitions, continues to operate on prehistoric programming. They fleece the population nude wherever they can.

The central banks are in on it, with essentially self-enforcing balance sheet feedback: i.e.; Government and FED/ECB bonds are the collateral for the dollar and euro debts, these bonds are future dollar and euro money flows. Which are guaranteed by promises of more dollars and euros!

As more money is printed, the value inevitably drops. As a reaction, they print even more of it. Using feeble excuses to explain the ever-increasing consumer prices, they blame everything but themselves. The classic scapegoats are geopolitical changes i.e. the growth of emerging markets causing higher prices. Few bother to ask how these events actually affect consumer prices, to know that it is caused by the influence of the ever swelling money supply.

The permanent, near-zero interest rate makes the money system even more vulnerable. Central banks are gambling with the confidence of savers. They are printing and buying up their own bonds at an ever-increasing rate, unprecedented in the history of money.

If planet Earth introduces a different Matrix system, based on four main factors: Environment, Health, Food and Happiness, many more jobs will be created to naturally restore and improve our world.

When people wake up and realise that the purpose of life is different from the government policies applied, such as tax increases, it will be understood that these policies never have and never will have any positive effect!

Be happy with your healthy life, forget about the corrupt government because it will be removed. Some say that money can buy happiness, but money can only buy material things.

Real wealth comes from real money by making real things and providing real services, which are the opposite of debt. That needs no further explanation.

Everyone, accepts a gold coin as it is. Without a back story or balance sheet. This is how real money works: it closes transactions. You accept payment and the account is settled.

The Deep State that has cleverly manipulated and enslaved us cares less and less about whether or not we accept their carefully cultivated 5-senses 3D fake reality that offers illusion in this world theatre.

The enslavers care less and less about the fact that in this theatre of illusion, the audience discovers the holes in the disintegrating landscape that was once considered real. 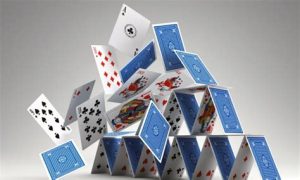 The house of cards behind the scenes is crumbling. As a result, more and more of us see the strings that direct the puppets, i.e. the supposedly elected politicians: they observe how the puppeteers pull the strings, which are no longer hidden in the shadows as before.

Our returning Exterrestrial correspondent Vital Frosi gives his view on these developments below.

WE MUST RAISE YOUR CONSCIOUSNESS

Everything that comes to us in the right time and the right moment, is a Cosmic Intelligence in charge of all movements in the infinite Universe. From a cloud in our atmosphere to the movement of a whole galaxy, is a perfect organisation, which permanently orders and harmonises. Otherwise, billions of planets and stars would not be able to follow their orbits without colliding with each other.

We cannot yet realise that man is such a small being that he is insignificant within the infinity of divine creation. In fact, it has been written in earlier texts that the human body is a mini-universe. Our origin is in the Source, it is a divine Seed Atom. So we are also atomic. But above all, we are consciousness. 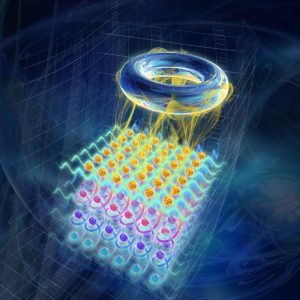 Even in this fractal (tiny part), it is a very limited consciousness that inhabits planet Earth, even though we have such great importance, we cannot imagine it. We are here to help with the development, not only for planet Earth and its humanity, but also for the whole galaxy.

The human consciousness that is rising is facilitating a gradual and relative movement throughout this quadrant of the Universe. Often we hear someone say that they would like to change the world. Obviously, that world would have to be planet Earth. Few do not know that this is possible, and that it is much easier than we can imagine.

The difference is that few understand that in order to change the world, it is enough to change oneself. Others, however, want the world to change, but make no effort to do so themselves. It is here that we will clarify some important aspects in this time of Transition.

You have not incarnated at this time by chance. You have prepared for many millennia to be here now, as part of the Transition of the Earth and of the ascension of a part of humanity. You are here to make your own ascension. You will soon become an Ascended Master, just like all the previous Ascended Masters before you.

But you have to know and above all believe! You are much more than you think you are. Whereas before you were basically a fractal of your own consciousness, now that consciousness is rapidly expanding and new versions of yourself are taking over this material body. You are becoming, day by day, a new you. As your consciousness rises, the universe provides you with new packages of wisdom and new tasks. Notice how certain information, until recently, was not understood. Detect how they have a meaning now and are easily understood. And tomorrow you will be different than you are today. Everything is accelerating at the same rate like the transition of the Earth.

You must remember that you will not receive information if you are not ready to understand it. The universe does not waste time. It never makes mistakes. It never leads in the wrong direction. It knows exactly what your soul plan was for this present incarnation.

Furthermore, there is a Quantum System that records every breath of every human being on Earth. How could mistakes be made in the delivery of packages, with such advanced technologies, so far beyond our comprehension? There is certainly no chance of that.

But today’s message is to be vigilant. The messengers of the New Age are distributing information and tasks to all who are ready. So you must remove the old concepts and the old beliefs that used to shape your consciousness. You must leave the old useless baggage behind from now on. Those who are overloaded with such gadgets will have no room for new packages, which are now being balanced, by the Laws that govern the Universe.

No one will receive new information unless they are ready to receive it, understand it and pass it on. The false propagators will have serious difficulties in maintaining their positions, because expanded consciences are able to distinguish the real from the illusory. Expanded consciences can no longer be deceived. 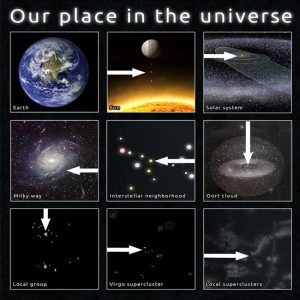 We are coming home. Not a home in a particular place in the universe, but our home in our own consciousness. We will understand more of this as we expand this fragmented consciousness, in this material body further expand. We are going to become very intensely and very quickly aware of who we really are. The veils are lifting. A new scenario will present itself and will finally show the New Earth that has been long awaited!

We must not forget this detail; nothing will reach anyone if they do not have a minimum of consciousness to understand the messages that are being sent, for the Universal Laws are perfect and do not waste a single word; not a single package. They simply do not miss a single address.

Be ready! Be attentive! Keep your place up-to-date.

Consciousness Expansion, House of Cards, Human Consciousness, Key to Change, our place in the universe, The few exploit the many, the Laws that govern the Universe, 𝐏𝐫𝐞𝐩𝐚𝐫𝐞 𝐘𝐨𝐮𝐫𝐬𝐞𝐥𝐟 𝐟𝐨𝐫 𝐖𝐡𝐚𝐭'𝐬 𝐂𝐨𝐦𝐢𝐧𝐠