Control of the planet, finance, health, weather and politics, by thirteen Archon bloodline families, is exercised in an unimaginable, profound and clandestine manner. This control began in Europe and has a continuity that can be traced back to the time when bankers discovered it was more profitable to lend to governments than to needy individuals. These banking families and their subordinate 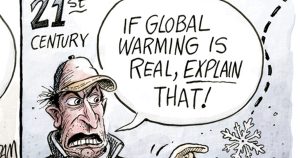 beneficiaries have, over the course of two centuries, become owners of most large corporations and have organised themselves secretly and increasingly globally as controllers of governments and arbiters of war and peace.

Unless people understand this, they will not be able to understand the real reasons for the two world wars and the planned third world war, a war that will surely begin as a result of combined US and EU attempts to seize control of Ukraine and Central Asia. The only solution is to withdraw – something the people of the US, the EU, and the rest of the world want, but not the power elite themselves.

Deliberately flawed monetary, economic and political policies have caused this ongoing crisis that will not stop. The main culprits are the central bankers, led by the FED and the ECB.

Disclosures about weather manipulation through HAARP, false global warming, climate change, chemtrails poisoning the air we breathe, and other neo-scientific ideas, such as the catastrophic effects of EMFs from any source, GMO food manipulation, electronic RTF surveillance, are designed to initiate militarisation of society worldwide.

In short, the negative polarisation of planet Earth is one of their greatest sources of power. The MSM saturates the human mind with unhealthy cocktails served up on televisions and published in newspapers and magazines to addict humanity to violence, corruption, pornography, greed, hatred, selfishness. Supported by ‘bad news’ to instil fear and protection.

When was the last time you stood still, to look and think at something beautiful and pure? The planet is the way it is because of collective thoughts. Because many are not awake yet. Unconsciously, they more easily fall victim to manipulations of dark powers. Negative polarisation, and ignorant unconsciousness of people helps the rulers to achieve their sinister goals. They are grateful to the ignorant sleeping multitude.

Initially, planet Earth was created to be the most beautiful planet in the Universe, highly diverse and natural; just like the creatures that lived there and created opportunities to maintain the environment like Mother Nature intended.

The history of our planet is known in the Universe, everyone in the Universe knows exactly what we on Earth have been through in the course of history. Despite all the suffering, under the many problems caused by duality, they always tried to find peace and harmony from the heart.

Unfortunately, there are still few of us who enjoy the beauty of the Earth. As a result, many do not appreciate its beauty as it is meant to be. Every other planet in the universe where people live is beautiful, in their own view. But a beauty that is commensurate with that of planet Earth is extremely rare in the entire universe.

It seems, that Father/Mother God left an open door, for if you feel removed from Source, you can easily find the entrance again, as medium from the environmentally friendly structure of the planet. 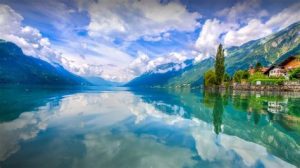 It was taken from us because we showed no respect, no love and no value to everything that lives and flourishes on our planet. We have only learned to exploit the planet without respect, compassion, or thinking about its future and possible consequences, because people think they are the owners of the planet. Thinking they can do whatever they want. Reality is; everything in the universe must remain in balance.

And those who resonate with that energy can absorb it, those who don’t just ignore it. But, everything has a reaction. Our extraterrestrial brothers and sisters are reporting;

From the position in which we circle the planet Earth, we can clearly see what people have done to the planet. We understand that this learning has led to the ultimate goal of the cabal, which is to destroy planet Earth. 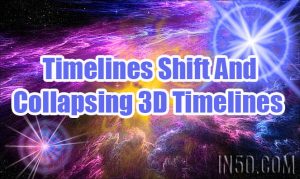 The Cabal wants the complete annihilation of the Earth, without a single bomb, if the people do it themselves; they will destroy the planet until the last bit of salvation is gone.

With the change of the timeline in 2010, this process has been stopped. Gaia, is reorientating herself, and has started to transform all negative energy into positive love and light. With this energy, she is repairing every part of her earthly body for ascension. The soul of Gaia, as well as the soul of the Earth, is orientated towards the 5th Dimension.

But, the physical part of the planet is still missing. For, transformation of the planet is neither simple nor easy. It is necessary that all evil that has been done will be removed, corrected, transformed and converted into positive energy, so that every element of the planet can ascend to the 5th Dimension.

The perception is that the destruction still continues. The lessons have not yet been sufficiently learned. The destruction continues, as if there is no tomorrow, with no consequences from nowadays actions.

In the universe we have the ability to live in the here and now, but also to navigate through timelines, both forward and backward. We know exactly what the consequences will be. There is no way to stop the process that started long ago.

But you can limit the damage, by radiating your love and Light for Gaia, and respecting the planet. Each of you should do his/her part. So that each small part resonates and reverberates in the Whole. 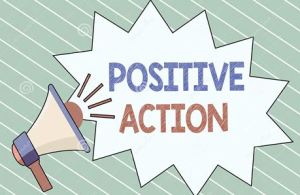 You can try to guide him, but the choice is his, every choice produces a result. So, be aware of every action you take against the planet. Start with your own initiative, for when it radiates Light, and does loving good deeds, in favour of Gaia, she knows that it is an ally, that it is someone who vibrates positively with her, and that is good for both you and Gaia.

Each of you does your bit for the planet, only then can the suffering and damage of what is to come be alleviated. Understand well, Gaia causes nothing. What is happening on your planet today, such as climate change, severe weather changes and natural disasters, is caused by everything you have done together through time. It is nothing but that. 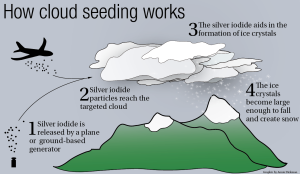 It also is government manipulation, such as Cloud Seedling, a method used to induce more rain, snow or strange weather from a cloud by shooting chemicals, such as barium salt, into clouds. Salt naturally attracts water, the water particles then collide with others, become larger and fall as rain.

“the weather will be altered and used as a weapon of war to create drought and famine by ‘producing’ record snowfalls in the mountains and prolonged heavy rain elsewhere to cause flooding via rivers and canals, or severe droughts to destroy crops, which can be easily achieved with already available technology”, such as HAARP, in Alaska. That shoots high-powered radio waves into the upper layers of the ionosphere that come back down to earth, a technology explained in earlier FWC articles.

The claim that the cabal have coerced us, is a childish excuse to avoid responsibility. Walking the path of the common good has always required extreme effort and dedication.

By controlling food and information supply and monopolising organised violence with highly trained terrorists to carry out pre-planned attacks. Supported by mercenary armies, police, secret services, refugees, etc., governments are in a position to manoeuvre the world into desired catastrophes.

The real reason why they want to kill 90% of the world’s population is that they are afraid of losing control of the planet, because certain groups, such as the Chinese, the Muslims and the Hindus, who are not under their control, can grow unchecked into large population masses with their power of large numbers.

Watch this amazing eye opening video, with subtitles in Spanish