The true history of humanity – Part 2/3

The Great Awakening has begun

Most importantly, people need to realise that our 3-dimensional reality is not real. This means that it 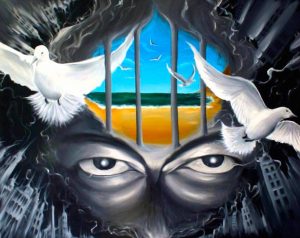 is nothing but a trap of consciousness. Who we really are is hidden from us. Our spiritual nature is our only true form. This is why the dark Deep State forces spend so much time and money trying to make people forget everything. They use subtle techniques to hold us all captive. Therein lies the true magic. If you can’t see it, you are defeated. But, everything is an illusion.

Soon, people will discover who we really are and what is actually going on. On one side are the Deep State Powers who have had almost unrestricted free reign on the surface of our planet for hundreds of thousands of years, while on the other side are the Light Forces; viz. the Patriots led by the Trump Team who are making great efforts and progress to remove the dark negative forces from our planet as soon as possible.

There are nine key areas in which the hidden dark forces have heavily infiltrated. These are the military, government, religion, education, management, finance, media, healthcare and science. Essentially, they are everywhere in public life. They hold key positions in all these key areas, aided by a fully controlled and complicit Media network, and with their ownership of the Financial System and all major financial institutions, they have virtually, all pillars covered.

Since President Trump came into office, his first move was to get the military back on his side, by removing corrupt top generals and refinancing the military.

What is the true agenda of the Archon, Anunnaki and Draco cabal? What are they really trying to achieve here on Earth, and why do you need to know? The real drive of the Deep State rulers is darker and more evil than most people can imagine, for this is going “off-world” and literally being transformed, to rule our world in surprising ways via the Archon Bloodline and Agenda 2030 on behalf of the “alien” Anunnaki and Draco Control Matrix.

The Great Awakening has begun 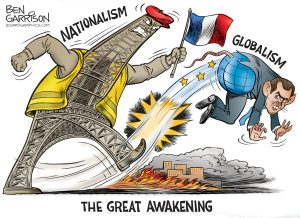 The hypnotic power, lies in the manipulative lying influence. Concocted in the illusion of the Creator god Thoth, which has no orientation to reality and truth. The reality is, we humans, have been deceived and high jacketed out of our eternal paradise state. That is exactly what they don’t want us to realise. And, once the mob realises that the toxic Covid injections are Genocide, the great awakening of humanity is underway.

The dark powers have formed strategic alliances under the popular signature of the Galactic Federation, by liaising with selected members of the Deep State cabal, the government the Illuminati and Archon bloodlines. Further, by extensively infiltrating secret societies, such as the Freemasons, 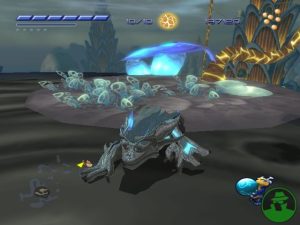 Templars, Jesuits and other spiritual societies. The Galactic Federation’s propaganda as a pro-human ET group is used to derail people’s spiritual awakening and lead them to the new-age movement and their respective Mind Control-based belief systems, making them obedient to their oppression, as proven by wearing masks and social distance protocols.

These alliances are responsible for sending scalar weapons to the planetary field of Stonehenge 11th Stargate. Set up by the Nibirians to erase the collective memory of the human race and especially to remove any trace of recorded history about and by humanity, originating from the Atlantic civilisation. It was the Luciferian covenant behind the tragic events which led to the Atlantic catastrophe.

Below, Michael Love provides additional information he received on this subject, published on FWC in three consecutive instalments;

In the course of time, Eridu grew as the first settlement into a full-fledged Earth mission centre with spaceport. A mission control centre, for mining operations with its own halfway station on Mars.

Monumental Anunnaki stone cities and mining operations were established all over Earth over time. 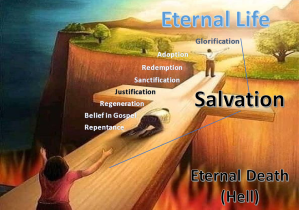 These advanced beings were masters of science, chemistry, astronomy, mathematics, agriculture, physics and magic, and beyond that; were master miners, metallurgists and architects. They used incredibly sophisticated technical equipment called ‘ME ‘s’; tablets with purposes similar to today’s quantum computers, complex software and sophisticated databases to plan and realise their mining empire and urbanism on Earth.

When they came, they brought gigantic and extensive machinery and stone-cutting tools that could easily cut the side of a mountain without leaving debris behind. They could cut, work, move and set up large numbers of megalithic stone blocks with incredible precision, speed and ease.

The ancient stone tablets refer to their power tools such as crystal beams and huge diamond cutting machines to cut and quarry granite and other hard stones. Other gigantic machines were brought in from Nibiru to drill, cut, scoop, scrape and grind huge amounts of stone and earth.

Stone softeners and liquid stone moulds were used in many of their structures. They had ultrasonic anti-gravity equipment, while their own giant airships were used to lift and transport megaliths.

Some of the foundation stones used in their spaceports and mission control facilities, such as Nippur, Baalbek, Giza and Mount Moria, weighed up to several thousand tonnes to withstand the tremendous force and weight of the Nibirians gold transport ships when landing and taking off.

Every ancient megalithic and complex stone structure on planet Earth, the construction of which cannot be explained today, was built by these other-world beings.

These star beings were of an advanced building culture race that recorded intricate details of the construction of every ancient megalithic structure and city on earth. These were built within the time frame of 450,000-11,500 years ago. 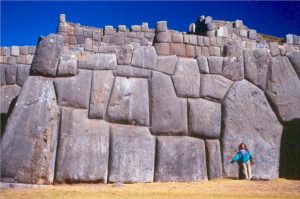 These massive stone structures were built by supernatural extraterrestrials, not only for functionality but also as a testament to their building quality that would forever remain in stone.

It is important to note that many prehistoric megaliths have those super-high doors and chambers, which were later built for giant Anunnaki descendants.

Moving these huge stones and reaching high positions was child’s play for them.

All the stories in ancient religious scriptures, including Christianity, Islam, Buddhism, Hinduism and Judaism, are accounts of the Annona (Anunnaki).

Each of these ancient religious writings were derived entirely from much older and more detailed Anunnaki cuneiform writings; over the centuries, versions of these writings have been deliberately censored and edited for humanity to ensure that what is presented today hides the real truth.

The Hebrew Bible is one example of this censorship and editing. There are countless critically mistranslated words, and most of the original story was kept out of public knowledge. 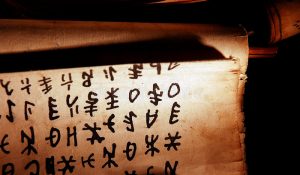 The most notable mistranslation is the use of the word “god” in the Hebrew Bible. The original and correct word from ancient tablets is ‘Elohim’, which means plural gods, not just one god.

The ingenious plan to alter and obfuscate the original source story was clearly not given much thought, as the verse below illustrates.

“Come let us create man in our image”?

Who is we and us?

Someone also let truth slip twice when he left out:

“come, let us go down and there confuse human language”.

The original on stone records containing the story of genesis tell the exact story, except that in them there are no mistranslations, and all the details are filled in.

These multiple, so-called gods are the Annona dynasty, and specifically they are father Anu and his two sons, Enki and Enlil. In several places in the Bible, the word god refers to one or more of these beings and in some cases to their immediate children, siblings or spouses.

Anyone reading the translations of the ancient Sumerian tablets will conclude that brother Enlil did not care the least about humanity. He was a dominant ruler who, like his father, Anu, committed crimes against humanity.

Enlil is the god in the Bible who said:

“kill everyone in the city, including the women and children”.

He is the one who said,

“I regret having created man. Let them all die in the flood and wipe them off the earth.”

Sometimes he says things that betrays his personality, such as,

“I am a jealous or wrathful god.”

Enki, on the other hand, had a different spirit and was more merciful and caring towards humanity. If you hear or read that god in the Hebrew Bible is angry or jealous, it is Enlil or his father.

When god is loving and compassionate, it is always Enki. This is also why the god in the Hebrew Bible says in the same breath,

“I love you more than anything in the universe,”

but in the next breath, he says, if you screw up (sin), I will burn and torture you forever and ever. These mistranslated versions of the authentic original story with correct details omitted can never make logical sense and will never help anyone further.

Again, the Elohim-Anunnaki are multiple gods, with different personalities operating in the Bible under the wrong label, of ‘one god’.

The story of man’s creation is another critical area and where mistranslated and censored Bible texts that lead to a serious problem. Add to this the modern concept of Darwinism and the distorted version of ancient history presented to the world, creatures on earth will never be able to understand where they came from and who they are.

After nearly a hundred thousand years of mining Earth’s gold, the alien Iggy workers got tired of the hard labour and started complaining to their authorities. The high council of the Nibirians discussed the matter and agreed to the creation of working beings and assigned the task for it to Enki, his consort Numnah and Enki’s son Ningazidda, are all master geneticists.

Enki created these primitive workers by fusing the DNA of ape-like creatures roaming the earth at the time with Anunnaki DNA. The only successful attempt to create humans worked because the DNA of earthly creatures literally had to be combined with life-giving minerals found only in the clay of the earth. 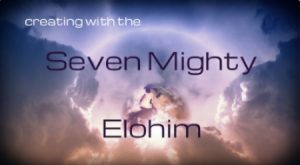 The Elohim had created the first human being on planet earth in Edin’s paradise, and they named him Adamu. It is written that soon after, Eve (Tiamat) was created from the DNA bone marrow of one of Adam’s ribs. These earthly people were later given the genetic ability to reproduce, so more workers could automatically be created.

To be continued in part 3/3

Pleiadians told me, share this with everyone you know;

“The Moon is not what you think!”