How the Earth is Changing

The relationship with the invisible world is very complex, because the Gnostics consider the idea of the Son of God to be a delusion, insinuated into the human mind by an alien species 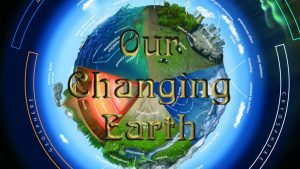 of aberrant, non-human entities or mental parasites, called the Archons, under the concept of Good versus Bad for ordinary people.

The point here; is that the Anunnaki are not our creators, as the illuminates would have us believe. They only manipulated us so that they could use us as their slaves.

As explained in previous essays; the Anunnaki participated in our material evolution as a human species in ancient times through their genetic manipulation, they only helped recreate our physical bodies, not our souls. The Anunnaki are in no way the source of our spiritual side, which was created by God out of pure Love energy, according to Zecharia Sitchin.

The invisible masters belong to an imperceptible extra-dimensional entity of immortal beings, proclaimed only in esoteric teachings to carefully chosen disciples in secret societies. – Jesus and also Buddha fulfilled this role model for them.

The real Hidden Masters contrary to what is said in popular culture are the benevolent aliens, not the ones from the dark side. The benevolent beings have no need to rule or control our lives. This goes against universal occult laws.

However, the dark elite try to rise above these laws, they act as the guardians of the material world, in other words, they are the Archons who are the most dangerous intrapsychic-mind parasites, like most of their Islamic counterparts, employed by occult Elites and intelligence agencies to deceive and manipulate us the people. 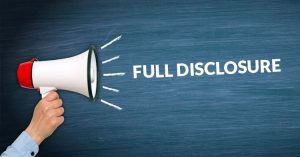 The birth of the New World Order is said to have already been fulfilled by the Invisible Master called Yahweh, also called the Evil God contrasting with the Good God, who can only be attained through “gnosis” as concluded by the Gnostic bloodline members present on Earth. Plato (370 BC) was the one who first used the term Gnostikos, which suggested knowledge or the art of knowing, or perhaps the art of mastering known things. 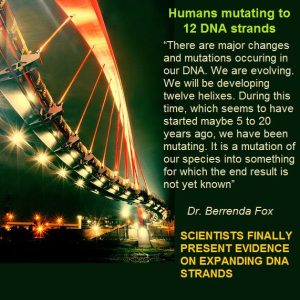 These disconnected chains are qualified by our scientists as junk DNA. But in fact, we lost almost all if not most of our abilities and are tuned to the two remaining DNA chains only to reproduce more slaves who can stay alive independently. When, all our 12-DNA strands will be restored we will have amazing capabilities. This will allow us to use 100 per cent of our brains again, whereas now, for the majority of humans, only 12 per cent of them are operational.

The aliens would want our DNA arsenal with our creative ability and versatile qualities. They envy us for our creativity that makes us immortal. As the Bible says, we are created in the image of our Creator. When Jesus performed miracles, He said, “and you can do these things too”. And this is how humanity was able to function before the Anunnaki enslaved us by disconnecting 10 of our 12 strands of DNA.

Everything the Cabal created is now being dismantled step by step. Most importantly, their global fiat money economy is in the process of deflation to force the Deep State to relinquish their control globally. The fiat financial system will be replaced by local currencies, i.e. gold or silver backed sovereign money systems, integrated with the QFS – Money System that is impossible to become worthless or counterfeit. Which is the basis for our post-GESARA world.

Our returning alien correspondent Vital Frosi informs humanity on Earth about the progress in the process of our liberation. And tells;

HOW THE EXILES ARE LEAVING EARTH

The divine plan for every celestial sphere will be implemented in due course. Planet Earth does not escape these rules, and it could not be otherwise, for everything was planned from the objective of the Creator.

Even before the appearance of our Planet, it was known how and what it would be, and what it would serve for. What purpose and forms of life, its evolution and progress would be. It was also meant to be, the stages and learning by souls who in a distant future would inhabit this beautiful Planet, considered the apple of the Milky Way’s eye.

Many civilisations and many star races have already used Planet Earth, to experience life in this environment so different from other worlds in these parts.

Although Earth was formed several billions of years ago, souls could only begin their stage here after the appearance of the hominids about one million and five hundred thousand years ago. From before that, there is no evidence that souls inhabited planet Earth.

So, if everything was created according to a purpose, the Divine Plan for Earth also foresaw the time in which we live today.  Established as the end of a cycle, we are in fact in the final phase of the planetary transition. And in this transition, the mass ascension of souls who have completed their apprenticeship also takes place.

All those incarnated here are having their final experience in duality. This existence will determine who will go to the New Earth, that is, to the New Cycle, no longer that of reconciliations and trials, and those who are not yet in the necessary frequency to inhabit the New Earth from now on. 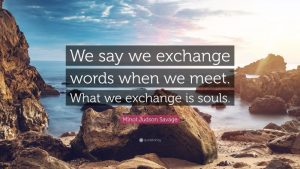 The exchange of souls on Earth has been going on for decades. Upon dis-incarnation, souls that are not in the desired vibration will not reincarnate here again. Then many ask: where will these souls be taken?

Previous texts have already mentioned that the spiritual colonies on earth will be emptied. Obviously, no soul that is exiled can reside there. It would be nonsense. So they take a different travel destination.

There are thousands of Alien Spaceships in the atmosphere around Earth, receiving these souls. After receiving them, they are informed that they are not yet at the necessary frequency to inherit the New Earth. Comforted by selflessly helping Spirits, they are guided to what awaits them. They will then know that they will leave Earth to complete their apprenticeship on other Planets of trial and reconciliation.

After being received into the Ships, since they are already disincarnated, they will be taken to the Astral of their new Planet. They will not reincarnate immediately as is believed. A process of energetic adaptation precedes this.

The perispirit, the soul’s subtle body, still carries the impressions of the soul’s previous incarnations here on Earth. It is the perispirit that shapes the human body on earth. So it must now make adjustments in the psyche sphere of the New Planet, and the adjustments of the new physical form, in accordance with the existing form on that Planet.

Only after such adjustments will the exiled soul be able to incarnate in its new home. And then everything will start all over again. They will learn the same lessons that have not yet been learnt here, and it will also have the veil of oblivion as on Earth. Only in her first incarnation will the soul have vague memories, of a much more evolved world that was left behind.

We are now in the final moment of soul exchange on Earth. There is much movement in the Planet’s Astral. We don’t know the details, but the process is accelerating. Dis-incarnations were already increasing in 2022. There were more deaths than in the two previous years, 2020 and 2021, when Covid was at its peak. 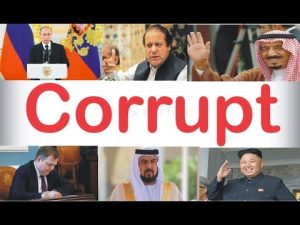 We will see more clearly in this 2023 year the removal of most world leaders, precisely that reptilian hybrid part of the dominant Matrix. The cleansing, as mentioned, will be in its final phase, corresponding to the incarnated. Everything that does not have a Light Frequency will soon cease to exist.

The acceleration is already visible. You just have to have eyes to see and ears to hear.

It is known; a major solar flare is the trigger event that completely transforms the consciousness of this world! Furthermore, this solar event occurs on Earth every 13,000 years and is overdue by almost ten earth years now!

Why is all of this so important?

The perfect X-class light wave coming off the sun toward Earth has the potential to activate all human dormant DNA on earth instantly! If all 12 primary strands of DNA were instantly re-activated, then what would you be, and what could you do? The correct answer is, “you would be the most advanced being in this universe, and you could do all things!”

The time for action is now! – Sananda

Planet Earth was Paradise and will return to it

ow Earth's Exiles Leave, Planet Earth was Paradise and will return to it, solar flare, The Disclosure