Supremacy of the People

Planet Earth has arrived at the most important point in human civilisation. The energy for this breakthrough is now building up among mankind. On a day that no one can predict, 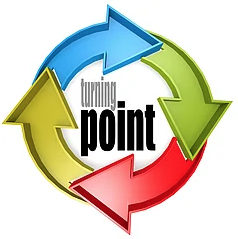 completely unexpected, the full extent of the lies will come to light and be seen by the masses, and realise that they have been grandiosely conned by their leaders.

At that point, by the supremacy of the people, everything will turn for the better and everyone will turn towards the Light. Consider this period as preparation, but know that the breakthrough will definitely happen.

The Deep State Cabal matrix has been broken. It is now only about the mass awakening of the people. They must be able to see the criminality of the criminals with their own eyes to know who and where they are,.

The deeper you are rooted in yourself the more connected you are to your soul, the greater your understanding about cosmic connections, and the easier and more harmonious you will live.

Everything is about independent thinking; unfortunately, few have learnt. It is the emphasis on autonomous thinking and individual intuition, to master this knowledge and reduce the ranks of classical followers.

The power of the Deep State will give way the day the population rises up en masse, and show, that planet earth belongs to them. Remember that many have yet to tune in to this positive transformation, and that will take some time.

With the aim of enriching themselves, the globalists, with the help of the political establishment, have done great damage to our society, industry, culture, etc.. They now are panicking because all over the world their corruption is being recognised and confirmed. 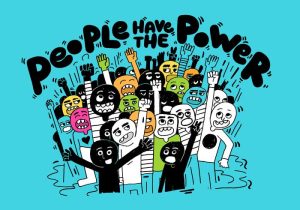 It is now or never to save our civilisation., the majority by now knows that the world powers with their New World Order are bent on the destruction of humanity through Covid poisonous injections. Promoted with lies by the corporate mainstream media, which is not in the least interested in journalism, but only in well-paid promotion of the political agenda; viz. the destruction of civilisation and humanity.

Repairing the damage done to all peoples on our planet may take a long time. But everything will eventually be corrected, if humanity wakes up en masse and takes back control.

The ultimate goal was, and still is, one world dictatorship with one leader at the top, based in Jerusalem, Israel. For which all governments and influential politicians have been bribed to reach this goal, without actually knowing what it will lead to.

We live in an exciting time! Each passing day nears the end of the long Cycle of the New Age. It is a great and unique privilege being a witness of this, and participate in the great event of planetary transition!

Planetary Transition, has simultaneous begun with the ascension of the incarnated soul.

This is a unique event the Galaxy is experiencing, at this moment, as this further increases excitement about the great spectacle offered to every incarnated soul on Earth.

You now have gone so far that you have reached the boundaries of this Nebadon Universe. You have travelled to the periphery of this Galaxy. You experienced all the lessons that the dark night of the soul has offered you in the third Dimension. You went as far as you had to go! You have made it. You are the winner! And move on to the Fifth Dimension New World!

Light is energy that creates life. The Source is everything, nothing else but where life of everything originates that exists in the immensity of the Universe.

Light is a frequency and consciousness. You are part of this consciousness, therefore conscious people can say “we are all one”.

Below Michael of the Pleiadians offers vital additional information about our transition.

The great transformation is underway

The Sun is rocking and Rolling, the Earth is shaking and quaking; the vibrational field around the planet is at max-Q tonight!

All systems are green-light-go for a super duper solar flash as Light Forces docked in earth’s solar system are closely monitoring heightened activity on the sun at this hour! 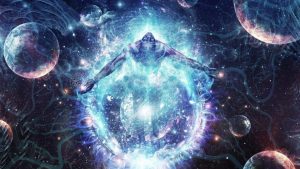 Earth Starseeds are reeling from the massive extreme X.2-class ultraviolet flash that is ejected off the sun’s corona a few hours ago, and many say their vibe is going through the roof!

The Earth Alliance confirms a massive plasma cloud is indeed inbound for Earth now, and this debris cloud is extremely dense and packed with exotic light particles.

An Earth Alliance critical space weather watch, solar discharge watch, and tectonic plate watch are still active tonight, and the chances of one or more powerful X-ray flares occurring over the next 3 days have now increased.

Why is this a big deal?

The Pleiadians say, a powerful earth-directed X-ray flare by itself can instantly propel this entire planet into the next highest dimension; however, there is something much more powerful going on here.

Two massive earth-facing sunspots are both charged to the maximum right now, and their complex delta-class magnetic instability has the potential to ignite multiple explosions simultaneously across the entire face of the Sun.

High-frequency gamma light emanating from the Galactic core has been interacting in a big way with Earth’s sun for some time now. This light is composed of advanced packets of information that make up the entire Universe, and these higher-dimensional light packets are carried to Earth on solar rays. When they make contact with a dormant primary DNA strand, the strand is immediately activated or ‘lit up’ just like a fibreoptic cable, and the strand reconnects back into its corresponding multidimensional Chakra port.

At that point, much higher levels of information begin flowing through the crystalline cells of the human body computer, and this information is then decoded by and made available to the consciousness that inhabits the body.

The higher, one’s level of consciousness is, the more data one has access to, even the data that makes up what is called the future.

Many ascended light beings who can see this way have pinpointed the great solar flash and the ascension and liberation of humanity as occurring in the time frame between right now and march 2024.

With that said, know that it could occur before lunchtime tomorrow!

It is known when the super flare comes, the Earth will not experience an extinction-level event as it has been five times in pre-history. Humanity will not only survive, but they will also find themselves existing and thriving in an entirely new fifth-dimensional reality right here on earth!

There will be no cataclysm this time because, for the first time in human history, mankind has the technology to save itself from a complete pole shift and planetary extinction-level event caused by a major solar flare! Incredible other-worldly counterbalancing magnetic field technology has been in place for several years now in Antarctica that will hold the poles in place when the flare impacts.

This counterbalancing magnetic technology has already saved the day since 2012, as the north and south poles have dramatically shifted hundreds of miles off course since then.

When the super flare does come, the electrical 3D matrix of Earth will be toasted for good, but this is just the Universes way of turning off the madness!

After this, mankind will return to the power and magic of nature, and they shall all come together in higher conscious communities to build the new 5D-Earth! This new world is the prize you have been striving for, and it will be a world of peace, love, freedom, joy, health, and abundance that will endure forever! 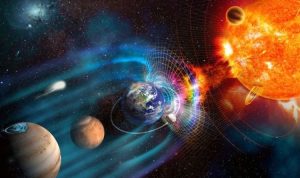 activity, and something major is going on behind the scenes.

Just like clockwork, a massive dead star located in the ort cloud moves in close through the gravitational field of Earth’s solar system every 13,000 years. This star is so large its gravitational force creates a tilt on this entire solar system, and it alone is responsible for the procession of the equinoxes.

The ancients knew well about this extra heavenly body and knowing where it was at all times, which was one of their primary focuses. When this star comes into close perihelion to the Galactic core and Earth’s sun, it pulls massive amounts of exotic light out of the galactic core, and this high-vibrational light interacts in a profound way with Earth’s sun.

This interaction creates super high charges in the sun’s corona that will trigger cosmic-sized, X-ray solar flares! This star made its latest 13,000-year inbound orbital appearance in Earth year 2012, and its perihelion with the sun is closer than ever at the moment!

As the Pleiadians often say, ‘it is not a matter of if, but when everything in the heavens lines up perfectly for the great solar flash to occur. Conditions are optimal right now, on this very period!

Be in great peace, and hope! Think about it all for a moment and see the grandeur that is all around you. You are here right now on a grand mission to witness it all and to escort all of humanity into the kingdom of light on earth!

Thank you for coming to Earth at this time and for all you are doing!

More major X-flares are coming in the next few hours, so stand by and brace for the light!

Let us know how you are doing on your ascension journey, and feel free to share any ascension symptoms you may be experiencing at this time.

The memory seeds inside your soul

inbound X-ray light, memory seeds inside your soul, Supremacy of the People