The True Truth is Being Told

Reports of what is about to happen become the biggest news story of all time, the history of humanity on planet Earth will be different from what is known so far. 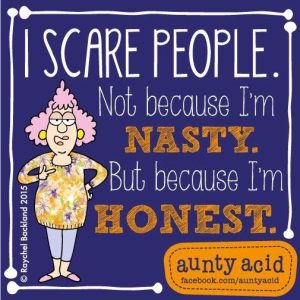 The Global Mafia with their criminal deception of debt-money banking, inside jobs, mass murders, mass surveillance, terror attacks, downing of passenger planes, religious deception, are just a few aspects. Centennials of élite-led misinformation is revealed. Suppressed technologies like Free energy; Frequency healing; and many other life-enhancing technologies concealed for years will become available, once the medical mafia is removed for good.

Most of the changes will be revealed simultaneously from multiple sources, nevertheless it will trigger an avalanche of unexpected news shocks. And that is the beginning of our new era in human history, which we will witness; it is the first major change on our planet since Atlantis disappeared more than tens of thousands of years ago.

People, inside and outside governments, will soon be able to speak the truth without fear, more than ever before. Their words will be heard, preserved and multiplied beyond the reach of censorship being abolished. Much will become unfettered, and the world will be seen in the light of reality, to discover how they have been misled. Humanity outnumber politics, and it will definitively prevail.

Many historical facts will be scrutinised to provide the real truth. Such as, e.g., how tsunamis, strange weather events and earthquakes in Japan, Central America and Haiti were deliberately caused by secret government agencies. How they with, their everywhere and long-term HAARP-manipulated technologies higher temperatures have created and been observed for extended periods of time, to deliberately cause people with weak immune systems to die as part of their Agenda 2030.

It will also reveal the fate of millions of missing children worldwide. How and why deliberately created diseases like Cancer, Ebola, AIDS, SARS, MERS, H5N1, Zika, and Morgellons. 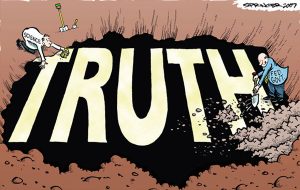 Revelations regarding deliberate bio-terrorism through food poisoning, GMO, chemtrails, etc by government agencies for the purpose of reducing world population.

Major revelations are expected about professional corruption in Western healthcare systems. Pharmaceutical medicine is shown to be a manipulative tool, designed by corporate controllers to make people sick instead of curing them.

People are deliberately poisoned, with sophisticated poisons disguised as expensive treatments, drugs or vaccines. Prescribing drugs as well as radical surgeries, which necessitate even more expensive drugs become unnecessary. If the money is followed, it is clear why alternative medicine and herbal remedies were suppressed or banned because they really do cure and are cheaper.

Learn more about the Ritalin Conspiracy and Statin Scam (honey in poison flower) to effectively inhibit the production of cholesterol, while cholesterol is actually good for the body. And besides, cholesterol is not the cause of heart disease; so is not actually a health problem. 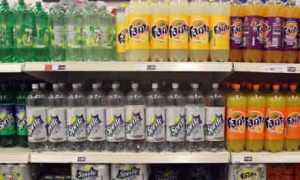 Read and study this issue thoroughly, as it is your final preparation for your personal ascension exam, to the higher level of consciousness called the Fifth Dimension.

Below, our exterrestrial correspondent Vital Frosi provides additional important information on the course of the new Time Cycle that has already begun. 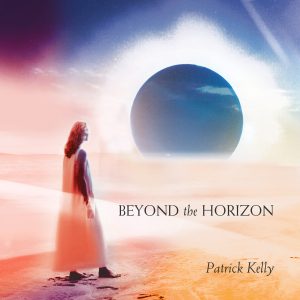 The completion of a work is always the most sensitive portion and the part that requires the most attention. The whole structure, despite its great resistance, can be rough, irregular and even a little shapeless; however, the finishing makes the lines more harmonious and gives it the beauty expect of it.

Planet Earth and its humanity is one of the most beautiful works of the universe. Resulting from the Creator’s intention, everything follows the Divine Plan, even if at times our limited consciousness does not understand the work being done.

The great work representing planet Earth is now in the final stages of completion.

Many expect a Saviour from outside. Although Earth has all the help of the more evolved worlds and their humanities, the most important part is up to each ourself, for if we are in a school for souls, it is the student who must show that he is ready to ascend to a higher level.

Man is a cosmic consciousness, experiencing duality in this school. Through the veils of oblivion, he does not remember his previous incarnations, nor who he really is, nor his soul plan for this present existence. But you have to understand that no one is separate from his past lives.

If you could remember right now, at this very moment, all your hundreds of previous incarnations, you would know exactly why you are going through certain situations. Everything is a continuation, even with the pause called “intermediate lives”, which is the phase when the soul frees itself from the physical body and goes to the Astral Earth, where it can make an evaluation of its learning and a new incarnation plan.

When the soul reincarnates, it submits again to the veil of oblivion, as it is the rule of this school of souls. Everything that happens in your daily life is in accordance with your soul’s plan. There is no such thing as chance, luck or bad luck. There is always a cause, and it is closely linked to everyone’s past.

If you could remember your past lives now, you would see how everything fits together. A past action created a reaction now. A mistake there, determined an opportunity now to correct it. An experience not understood before can be experienced again in this current incarnation. If not, there would be no evolution of souls incarnated on earth.

The rules of Divine Justice are simply fair. On the other hand, Human Justice does not always observe ethical and moral principles. Its methods are often based on the interpretation of the one judging, and so it may favour or harm someone. On the other hand, Divine Justice is always true to Universal principles, that is, it does not favour or harm, because it is always based on the natural Law of Cause and Effect.

Human conscience is being tested now, at this time of planetary transition. These are the final tests to judge those who are ready to ascend, and those who need further lessons and learning in a school of atonement and trials. Therefore, we can say here that the time has come to separate the wheat from the chaff.

The time of Revelation has also come, which is nothing but the revelation of what was hidden. Hidden by the veils of forgetfulness, but which will now be revealed without masks. All people on earth will experience a time of great revelations and also of surprises, both pleasant and unpleasant.

If we could remember past lives, it would be easier to understand why there are people who go through great trials. People who strive for good and suffer certain injustices, if we look at it from a human point of view and current reality.

But if everything follows the laws of cause and effect, if it were possible to look at the past of each, we would see that everything is in fact always a continuation. Even with the dis-incarnation of the soul, the series of lessons in its successive incarnations is not interrupted.

Even if we look at today, we see that there are still many people practising evil. Inhuman and heinous acts all over the planet. So, according to the laws of cause and effect, what would be fair to these offenders in a subsequent incarnation? Of course, Divine Justice is based on the following parable: “To each according to his deeds”. It has already been said here that in the universal laws, there is no victim or executioner; there is always the application of the law of action and reaction.

We reap what we sow. As Jesus Christ said,

“Sowing is free, but the harvest is obligatory”.

Nor will anyone shy away from reaping from their own grown fruit. Another Biblical phrase:

“Do not do to others what you do not want them to do to you, for in doing so you do to yourself”.

This again shows that no one is a victim or executioner. Rather, they are always the product of themselves. 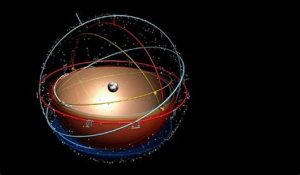 The trials of the end of this planetary cycle are more visible than ever. We need to strengthen our faith and trust in the Divine Plan for humanity. The darkest hour of the night will also pass and beyond the horizon a new day will dawn.

No one will go through what does not have to. No one will dis-incarnate before the time specified in their own incarnation plan. No one will pay for the choices of others. But there is always a learning process and a reason for every situation.

These are the last lessons before the final test. We are being tested to see who is ready and able to move to a higher level within this school, which is now also moving up a level.

We cannot yet know which lessons are needed to find the safe path to the New Earth. But by always acting with the intention of the common good, within a tripod that has been placed here so many times,

we will surely be able. 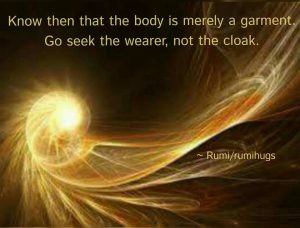 Beyond the horizon lies a treasure. It belongs to you. You just have to go and get it. The only obstacle is a gate that needs to be opened. The key that can open it is your consciousness. The password is the frequency of this consciousness. And the frequency is based on the standard mentioned in the previous paragraph.

You are not dependent on anyone to reach it, and that is the most important thing.

When you understand all this, nothing and no one can stop you from ascending, to a higher level of consciousness, that is, to a New Age. A new reality, a new timeline and a new future is very near! It is beyond the Horizon Line!

Don’t get attached to what will soon cease to exist. And remember: you are a consciousness; not a body as it seems.