Be prepared for the big change

Great News; We are Freed;

No cabal criminal will escape

The foundation of the new 5D world is based on gratitude, joy and support for others.

For many of you it feels like nothing is changing, the corrupt souls are still in charge and controlling events worldwide, because you don’t see everything that is going on. Fortunately, every day new groups of people rise up against the World Order that dictates how we should live our lives.

Much has been achieved, but deliberately little has been published. But here is a brief summary of the great progress that has been made on various fronts.

Many readers will not want to believe it, because humanity has been deliberately kept dumb. But, other extraterrestrial civilisations are at least many thousands of years ahead of our knowledge and technology today. So if it sounds implausible, consider this and consider it as fact.

Meanwhile, planet Earth is completely sealed off by our alien brothers and sisters, with their vast armada of, as yet invisible, spaceships. No creature can escape the Earth’s atmosphere without permission. Those who wanted to flee to Mars were sent back. All bases on the Moon and Mars are in the hands of the Galactic Federation and made inaccessible to the Deep State Cabal Elites.

In January this year, the Octopus Head, the top of the criminal cabal pyramid based in Switzerland under Lake Geneva, was captured and eliminated.

Meanwhile, all underground Dumps have been destroyed. Cabal figures no longer have a hiding place and can be located on the surface of the earth. Soon mass arrests will begin, including of known puppets. 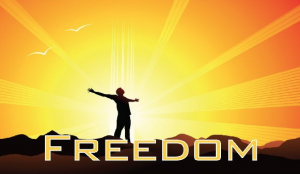 They are the ones, who want to exterminate mankind, and by now are running out of ideas, such as bringing another virus. By now, even the non-believers are getting tired of the fact that the fake COVID pandemic is not based on any scientific evidence. But remember; each of us still carries the essence of God within us, and the spark of this essence will soon ignite the rest of the population.

Mankind must be tired and exhausted by now of the constant lies and scaremongering by the respective governments and the false media reports. We now urgently need people to stand up and say: “No more”, “We want to be free”, etc.

Our planet is in the process of a very rapid transformation to 5D. The minors are trying to leave in a hurry, because they know their time is up and nothing can save them now. Only the lower level minions are still trying to run the show, which won’t work anymore. The plan was to kill 90% of the population, and then create special labour camps to lock the rest in.

Their 2030 agenda has failed, and the alliance continues to clean up secret cells and save women and children from torture and murder. The Quantum Financial System, free energy, new internet etc. are already set up and operational these have been ready to be used for months.

Just keep having faith and do your part by sending Light and Love to each other to ease and speed up the process of transition to the New 5-D World.

No criminal against humanity will escape. Everyone involved is an accomplice from high to low, including those involved in the fake COVID pandemic, will be arrested and sentenced to death. Including the nurses who handled the syringes.

Mass awakening must bring about the reversal. All those who are not awake or not awake enough will eventually be removed from planet Earth.

The process has begun to raise the earth’s frequency step by step to about 40 Hz, to prepare the awake among us for the 5D world. Extraterrestrials present on our planet like the criminal Draco’s and Grays cannot live on a higher frequency and are thus automatically eliminated.

The cabal has been defeated, what is happening now is rear-guard action by the smaller puppets who do not yet know that their leadership has been eliminated, they have lost.   They fear the Light, because it burns and hurts them. Nothing stands in the way to purify and transform our planet.

The speed of completion of this final phase depends on the timing and extent of our mass awakening, so it is in our own hands.

If one does not fight for one’s own liberation, freedom cannot obtain value for humanity. There will be great developments on planet Earth. Many new professions will be created.

Our Exterrestrial guest, Pleiadiani Commander Kalighal reports below in more detail what is in store for us. 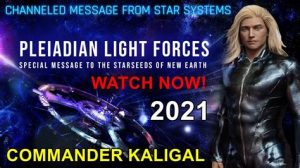 I bring you a great report. All dark underground forces have been completely eliminated. There is no longer any risk to you. The destruction of their bases had to be done very carefully, with a lot of planning. For they had created a network for the mass destruction of planet Earth. And in such a way that if only in one spot was a detonation, there would be a chain reaction to destroy everything.

So everything had to be done very carefully and precisely. But now there is no more danger of them exploding. This is over. The time for action on the surface of the earth is now. That is, to make mass arrests to bring out the truth for everyone. But this mission is not ours, this mission belongs to those who lead this process.

We will eagerly await the announcement of our existence, the revelation of the reason why we, exterrestrials, have been here on your planet for some time now. This will be a reason for great joy for us. Then we can effectively show our vessels to the public, it will be a moment, as Sananda would say, of pure ego, but we do not feel that way.

The moment of our manifestation is only for those who already believe in us, to confirm the truth of our existence. To show you our beautiful ships, to show you what you will be able to build yourselves in the near future; and to be able to travel through the Universe, just as we are doing now. And, to demonstrate with great pleasure and pride what we do when we travel through the Universe, strictly for our pleasure.

For the joy of discovering new worlds, for the pleasure of making new friends. Indeed, of course this exists. We do not know intimately all the people of the Universe, we know some, diplomats, that is, those who are part of the Galactic Federation, but we never visit them, because the tourist from other planets, is something very different from the tourist that you know.

You are used to the 3rd dimension, where everything is tangible, very physical, like the nature you know on your planet. However, very few other planets have such overwhelming beauty. This planet is known throughout the Universe for its beauty, for everything that Father/Mother God created and put together to create this beautiful blue planet.

I am not saying that our own planets, our home, are not beautiful; however, they are very beautiful, that is, they are part of the Galactic Federation, but we never visit them as tourists, landing on a planet only to see what is so beautiful about each of them. Then I can tell you that the beauty of each planet is very different from the pattern you know. You are used to this 3rd dimension, where everything is tangible, very physical, like the nature you know on this planet, however, this beauty is really very very rare.

Planet Earth is known throughout the Universe for its beauty, for all that was created by Father/Mother God. We have learned to admire the beauties that this planet shows us and we admit that they are immense. There is no point in commenting on them, except for the deserts, where there is no beauty; but even deserts are worthy of appreciation. For they form very interesting scenes, mountains and layers, which remind us much of planets we know. So every planet that exists in the Universe has its own beauties and you will learn to admire them with time. 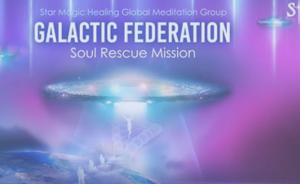 As a member of the Galactic Federation, you will be allowed to visit other planets, to get to know other civilisations. But all within a very well planned time frame  and order. Nobody comes to a planet just because they are travelling. All this must have a plan, it must have permission, so that there are no surprises. Each planet controls its airspace, let us say, very carefully. Because those who have been here for a long time always try to break into something. That is their life habit. So the defences of every planet are always very well prepared.

We can say that wars do not actually exist in the Universe, but we know of their existence, of the successive attempts, of them to invade other planets to steal from them the developments and technologies, which are able to prepare your bodies through equipment and rooms, where you will be treated painlessly, without discomfort or fear, so that your bodies can adapt to the 5th dimension. So, do not rush.

No one will suffer, there will be no suffering to evolve. The only suffering there can be is when you refuse to evolve, or be treated; when you refuse to share the feeling that is necessary for the 5th dimension. Then it will be a much deeper and more painful training for you to learn to live in the right way.

To reach the right dimension is not painful like through torture, through equipment that bores you, the kind of things you have seen in films. We can say that they are quite gruesome, executed.

Everything is done with a lot of love, through many classes of mental training. There is no chip injection, no injection of anything into your brain to make you evolve. You will take the time needed for the evolution, for which you are being trained, you are being shown everything and trained to live healthily.

This process will take as long as it takes, there is no rush, there is no future, the time is here and now. Then you will be present, to take part in this training so that you can live within the rules of the 5th Dimension. And we will help you with great joy, just to be as we are, you can be as well.

Together, we will form a great alliance, an alliance of great love, of progress, especially of technological progress; cleaning up the planet; and if you are aware, you will live for thousands of years, because your bodies will no longer deteriorate. 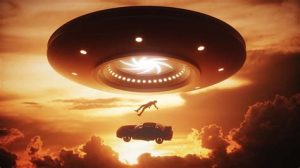 For this to happen, you have to be ready for the new energies. So, keep your vibrations high. Dream of this new world, for it is real. Very soon it will no longer be a dream, it will be real for all who want to be part of it.

We will be in it together. Ready to receive you with great applause, with our immense hearts of Light and Joy waiting for each of you. And we will make a great welcoming feast for all of you on this planet. Never fear, fear exists no more. Only joy for all.

This episode is the first of three alien messages. Be sure to take note of all three and download them for later reference.