The Transition from 3D into the 5D World

The Detoxification Process is intensified

You become a new person! 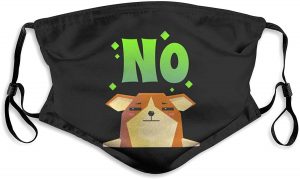 The Dark Forces, which have enjoyed unrestricted freedom on the surface of planet Earth for hundreds of thousands of years, are now facing the Light Forces, the Digital Soldiers and the Patriots, who, through great effort, are making progress to remove these negative forces from planet Earth as quickly as possible.

It was the negative forces that sabotaged positive initiatives to make it impossible to break through the negative isolation. But that is now definitely over.

The sooner people wake up to the lies and deceit, the better it is for all of us. Do not be shy; let it be a challenge for all to help reach our maximum potential. Our world is indeed filled with a tremendous amount of filth, lies, deception, disinformation, distortion, fake news, half-truths, fraud, fake images, deceptive mirages, propaganda and brainwashing.

Trust the Plan; every day the people, come one step closer to full disclosure. The wait now is for the awakening of the masses, to break the oppression of their respective governments and authorities. They need do nothing more than just to throw away their face mask. Everything in this world is fake, including the pandemic! Once people are awakened to the deception, their consciousness is raised.

The awakened who have accumulated enough higher frequency energy, can further prepare themselves for the transition from the 3D to the 5D world. If they think that this is a natural automatic right, they are wrong. Not only is a positive attitude required, but the body must first be thoroughly cleansed of all the toxins that it has accumulated over the years. This inevitable necessary cleansing process is described below by our returning extraterrestrial guest Vital Frosi.

The Detoxification Process is intensified

It is not easy for any of you! To participate, in the roller coaster of uncomfortable symptoms that each of you experience. There seems to be no end to it. When peace comes and brings the much awaited relief, it does not last long, for soon new and different symptoms appear, causing many to despair.

It is important to have trust in the Divine Plan! Do not give up now, the worst is over.

The energetic adjustment, mainly of the physical body, must be carried out, as it rises from the carbon-based body to the crystalline body. Many souls have already made a plan for the current incarnation and chosen not to go through this process, thus, they dis-incarnate before the change takes place.

Others, however, have chosen to go through the transformation of material life and are now feeling every symptom of the energetic frequency shift, not only of themselves, but of everything else on this Planet. 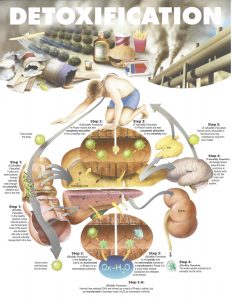 It does not make you sick. It is a series of symptoms that are actually closely related to the adjustment to the higher frequency that each is experiencing. And that is what is happening now.

In a previous message it was already mentioned that during this period, the DNA is changing. I.e. the change from DNA to GNA requires much more effort than the simple energetic change of the human body. Watch the explanation in the embedded video.

During this change of DNA, physical bodies go through a deconstruction of physiological systems for the activation of new systems and frequencies. And this requires a detoxification of all physical vessels, in other words, the human body is purified.

RNA is one of the three major biological macromolecules that are essential for all known forms of life, along with DNA and proteins.

You become a new person!

This process of detoxification is not the same for everyone, although many symptoms are the same or similar. Nor does it necessarily happen at the same time for everyone, because we are in the same world, but the changes imply a series of individual factors. We can compare it to a fruit tree: not all the fruit ripens at the same time, some earlier, some later, but it is a period long enough for all the fruit to ripen completely.

Everyone undergoes this change, there is no escaping it. Even those who have not chosen to have their souls ascend during this incarnation. For them too, the day will come when they will feel the energetic vibrations that are in conflict with their own.

Of course, this is not necessary, as their bodies do not remain on the New Earth.

The theme of today calls attention to a very important detail, in order to reassure the most affected. Because the energy generated by the opening of the 5D Portal during the next 40 days will significantly change the DNA of the physical body, through a deeply necessary detoxification.

We can compare it to the work that a mechanic does on a car engine. Before starting the work, the whole engine has to be cleaned, removing the accumulation of dust, soil and all the dirt that sticks to all the parts.

Our physical body is “dusty, dirty and polluted” by energetic impurities, but especially by heavy metals. This includes the elementals also mentioned in previous articles. Chemicals that are in the air, in the water, in the food and especially in medicines. All this is stored in the human organism, and in order to change the DNA, detoxification is necessary.

The known viruses and bacteria have always done a certain cleansing. After all, that is the role of the form of life on this planet. This justifies the higher frequency of flu symptoms that some may experience, even if they are mild and only temporary.

But nowadays many other symptoms have been added, such as pain and discomfort in the stomach and intestines; swollen belly; burning sensation in the stomach after meals; liver, gallbladder and bile problems; some kidney discomfort; transient diarrhoea; nausea and vomiting; extreme fatigue; abnormal sleep; and some others, it is not possible to list them all.

Most of these symptoms are digestive related. Many people can no longer eat certain foods that used to be pleasant to the palate. Now they arouse a certain aversion, because the body does not want them. The amount of food that was eaten earlier is now beginning to weigh much heavier. This too must be reduced.

It has already been written about the fact that the diet will change. It has already started!  But don’t worry about it, because everyone will handle their own process individually and naturally. Do not force anything! Have compassion on your body. The most important thing is that you understand it. You are not getting sick! On the contrary, you heal yourself of all the ailments you have known so far. You become a new person!

How can you help yourself in this process? In order not to make this subject too long and tiring to read, I will divide it into two texts. In the following, I will try to put into words some techniques that have been passed on to us by the Angelique Tune Makers, and also some experiences that many have reported with amazing results. 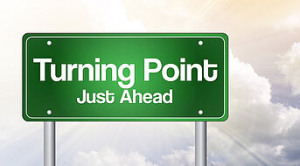 The moment of the turning point is coming! Everything will become more and more intense and alive. The process cannot wait! Those who are ready cannot wait either! From above and below, the energies are now pressing together here on earth. This is the long-awaited moment for many ages. And with it we go to the new Earth!

Hold on tight because the ship is going to shake violently!