The birth of the Galactic Federation part 1/3

The Pleiadeans have made contact to return our freedom

Many people will be stunned to discover that they are not alone in the universe. The diversity that exists between us is amazing to extraterrestrials. From the Pleiadian side, meeting us is also frightening, because they do not know how we will react to their arrival. Remember that we are the result of universal racial mixing. They will make an effort to meet personally with every one of us who respects them. 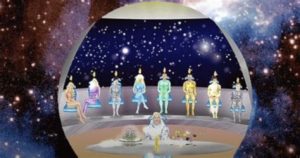 They have come at our request, to help us regain our freedom. Soon they will be with us. They want to welcome us. This meeting can take place at any time. And well, at the moment least expected, they are here.

The confirmation that you are not alone in the universe will be disappointing for many people, many will be bewildered, when they come to realise that they are not as important as their egos think; they have to learn to accept and respect this situation.

When everybody knows that aliens exist and have been on planet Earth for a long time, then they can appear everywhere; and admire their spaceships. But that may take some time. Before all this new knowledge is processed.

In anticipation of this, Pleiadean Michael Love sends his translated and edited; special message; 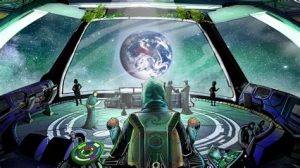 The pleiadiani tell stories designed to take you to higher levels of consciousness! It is not so much the story itself, but how it is encoded to evoke your old memories!

The information in this transmission is from a direct transmission, through professional quantum hypnosis sessions, supplemented by some prehistoric data from the Lemurian scrolls, provided by the White Brotherhood.

First, we will tell you about the great journey to planet Earth! You have heard stories but there is more: here is the whole story! This whole story has to do with your soul which contains many versions of you that have been on many dimensional levels during activities in space-time!

Now, all systems are in standby mode for: Mission Earth! Prepare and brace for acceleration!

As we unlock the divine mystery of who and what you really are, you are awakening to the real and wonderful memories of your ancient past! As you are raising your vibration, you will find vivid and very real memories flooding into your consciousness.

Every detailed memory of your existence, in every dimension, and in every perceived space and time, is recorded and forever stored in the DNA of your cells and this data can be read back and reinterpreted by you as memory!

Although with some sort of amnesia, there will come a time in your ascension timeline where you will remember everything that happened in your past, even millions of years ago, and even in much higher dimensions! What is more, this includes having memories of events that you did not directly experience! How is this even possible?

DNA data transmission, reception, recording and storage all take place outside time and space and because all DNA is intertwined at the quantum level, all universal memories of all beings are also your memories! In the end there is only one set of memories!

Mankind is told the whole true story of why they came to earth!  Darkness means in the dark or hidden! If someone does not have all the information, he is in the dark and walks through darkness! 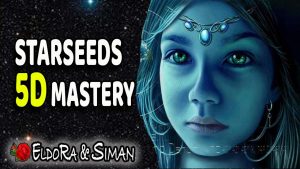 Humanity does not know what happened in the recent past, let alone millions of years ago, and many of the 4.5 billion Starseeds on Earth are still in the dark about what happened!

22 million Earth years ago, our direct ancestors were the first civilisation to colonise Vega in the constellation of Lyran! Lyra exists in the 12th dimension and is the highest resonating area of this universe.

You lived in harmony and perfection in this heavenly realm of light, walking among the archangels and the heavenly host! In time, our ancestors, the original humanoid population of Vega expanded and established beautiful settlements on worlds in the Altair and Centaur star systems!

While exploring the Ring Nebula, they came across a lizard-like race that came from the Draco star system that claimed the Ring Nebula for itself and this is where the galactic wars began! These creatures later attacked many outposts of Lyra with exotic weapons and made a big surprise attack on our homeland of Vega!

Many Starseeds have a distant but clear memory of this moment, as it left a traumatic mark on their being! Something of this magnitude had never happened before so we had to think fast, because our whole world was destroyed!

You may remember how Lyra was quickly fled in our heavenly ships, dodging enemy fire and travelling at light speed through different dimensions to safety! The refugees from Lyra eventually descended into the 5th dimension in large light ships and settled in the galaxies of Sirius, Orion, Arcturus, Andromedin and Pleiades!

Although we are all descended from the Lyrans, our star nation changed names to match our new home in these 5th dimensional star systems! Small groups of these new 5D star nations, mainly the Pléiadiens, migrated to Earth early on, when the galactic wars finally found their way into every star system!

These first Lyran star travellers to Earth are known as pre-adamites who arrived on Earth millions of years ago! These great beings were the Lemurians and Atlanteans of pre-history, advanced humanoid beings of the Pleiades and eventually of the Lyra star system!

These Lyran humanoid beings who first came to Earth were the original Terra formers of Earth and they introduced advanced humanoids, ancestors of erectus, neanderthal and Big Foot who were later upgraded by the Anunnaki in terms of their DNA to modern homo sapiens humans!

These original advanced Terra formers and world planners left the earth millions of years ago in different periods, for different reasons and returned to the 5th dimension! 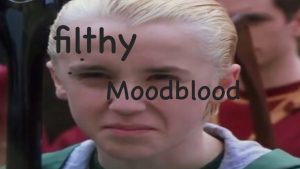 Some Draco beings, as well as the Grays from the Zeta reticule star system followed the Lyran humanoids to Earth millions of years ago and were involved in seeding life and human evolution and genetics on planet Earth at that time!

The territory of Earth and humanity has always been a source of conflict between different ET races. Even great wars have been fought in space over the ownership of the earth!

On our long journey from Lyra in 12D to our new home in the fifth dimension, it was a great challenge to bring our Lyran family back together after they had been scattered all over the cosmos!

Some groups in the Sirius star system tried to create a dynasty through marriages between royal families that would unite everyone, but many Lyrans refused loyalty to this new dynasty.

Members of this new royal dynasty settled on Nibiru, which would shoot out from its original orbit around Sirius C to a path that crossed the inner parts of our solar system and then orbit Nemesis clockwise, i.e. the slightly cooled remains of Sirius C.

These beings are the Anunnaki! Some factions of this Anunnaki dynasty travelled to Earth 445,000 years ago to obtain gold and mineral resources to save their planet’s atmosphere!

The Anunnaki tampered with the universal law of non-interference and created humans by mixing their own DNA with humanoids, but that in itself was not such a bad thing! The real problem arose when the Anunnaki programmed the human genome to function at a very low level, and designed humans to be unconscious work slaves, worshipping their creators serving as a god!

When modern humans were created on earth by the Anunnaki, they were manipulated and their consciousness was immediately switched off to live in extreme slavery and servitude! This endless commercial and religious tyranny on planet Earth would later be the cry that reached all the way to heaven, in the 5th Dimension, at the Galactic Federation!

Because the Anunnaki are descendants of Lyran humanoids from the Sirius star system, who are generally benevolent in nature, it is reported that not all Anunnaki had bad intentions towards humanity! After all, they were humans themselves, only far more advanced and powerful!

Enki the son of the chief Annu is given credit for generally being a benevolent being who had compassion for humanity, while his brother Enlil and father Annu were not so friendly to humanity!

Enki’s mother was a very sympathetic and wise royal Pleiadean princess, making Enki and others part of the Pleiadeans! When the Lyran humanoids settled in the various star systems of the 5th Dimension, these 5D star nations, with the exception of the Anunnaki of Sirius, formed a unit called the Galactic Federation of worlds! 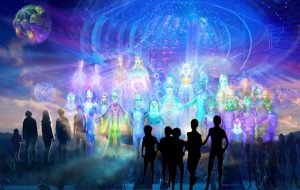 Although the primary work of the Galactic Federation is focused on the 4 to 5 main star nations and thousands of smaller members, in some cases this cosmic guidance, council, even help and offering safety, is extended to other planets or star nations that are not (yet) members of the galactic federation! And here is where this story gets interesting….

To be continued in part 2